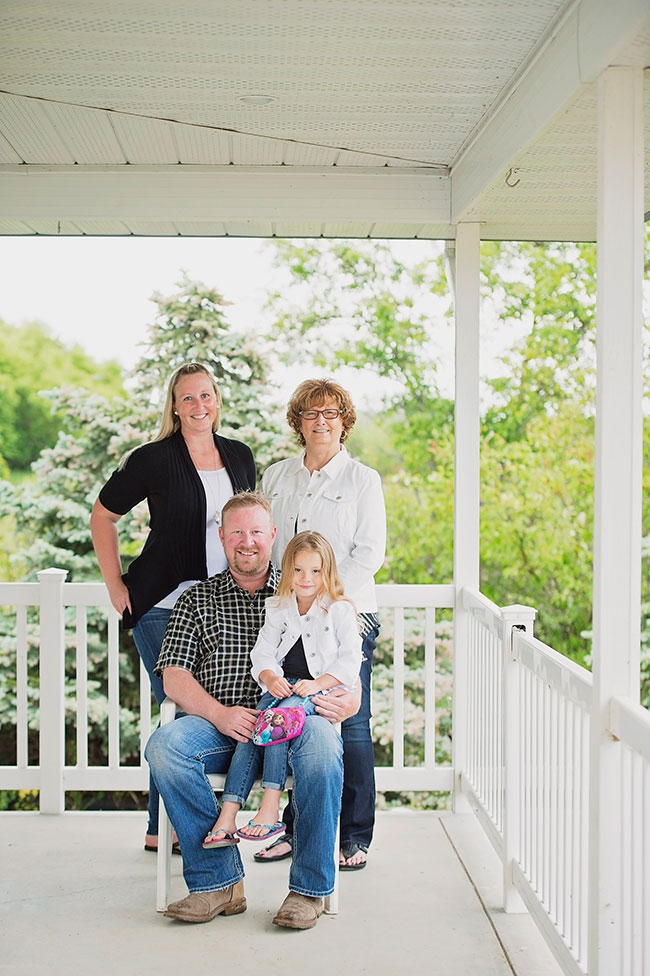 February 15, 2018 – When Bruce’s Landscaping Services started up in the mid-1970s, the owner probably didn’t expect it to eventually become a significant player in the rehabilitation of Regina’s roads.

But in 1999, Jim and Irene Short purchased the company and rebranded it BLS Asphalt, and the Regina-based company was performing road/parking lot paving and maintenance work throughout the Regina area; as well as many other regions of Saskatchewan.

The business became a full family affair shortly after Jim and Irene took over the business, when their son Jonas began working for the company. All three members of the Short family ran the business successfully, growing it steadily until the unfortunate passing of Jim in 2014. But that tragedy didn’t stop the Short family from continuing to grow the business Jim worked so hard at building. Jonas’ mother and owner of BLS, Irene, has handled the internal/financial side since the beginning and his sister, Jennifer, came on board full-time in 2007 to take on the administrative duties after previously helping out part-time. Even Jonas’ seven-year-old daughter, Isabelle, has taken to spending time at BLS, learning about the family business.

As for Jonas, he oversees the operational side of the business, and prefers to do his paperwork remotely out of his pick-up truck, so he can keep a closer eye on all the active projects.

“It’s the way I grew up,” Jonas explains during a tour of his company’s headquarters in Regina, adding that was how his father liked to oversee things. “I’ve got to see what’s going on. I need to see how things are trucking along.”

It’s a good thing too, as there is a lot to oversee from the field. BLS Asphalt currently employs about 70 people, including many long-term, with five working in the office and the majority of the staff working in the field on various projects, mainly comprised of road paving/parking lot and maintenance contracts.

“The majority of our employees are employed all-year-round,” Jonas says. “We consider that important. When times get a little tough we don’t just send everybody home.”

BLS Asphalt performs these services all over Saskatchewan, and has also done a little custom crushing work in eastern Alberta. The company will operate its more remote crews out of hotels, if there is enough space to accommodate them. If not, then they will set up work camps.

When the company expanded its range of services, Jonas made sure he kept his skills up to date so he could perform any tasks in the field that were required of him.

“There’s nothing in this company that I can’t do myself,” he says. “But just because I’ve got the skills this doesn’t mean we replace people when times get difficult. We are very adamant about how important the men and women here are to this business. You can go out and replace a piece of equipment, but you can’t replace the knowledge and competency [of good employees].”

Now that BLS Asphalt has been around for nearly 20 years, the company does enjoy some advantages over lesser-known outfits when times are tougher.

“When there’s a tough market, being known [for quality] is a help for procurement of work,” Jonas says, adding that the key to having a good reputation is having respect for your competitors. “Getting ourselves in the door without stepping on the toes of our peers was important.”

He adds that when his competitors have needed some assistance completing a project BLS has been happy to assist them.

“In order to have success you have to have respect for your peers. If they need something, you give it to them,” Jonas says, adding that you never know when you might call on someone yourself to help you out of a bind.

Growing pains
Jim Short had worked in the construction industry most of his life, and worked for his uncles at South Construction in the ’70s and ’80s.

“The family has been in this business forever. A key to our growth was my father working for South Construction, because when he went into business for himself that helped us a lot,” Jonas explains, adding that his father was the most passionate person about the construction sector that he ever met. “It would be pretty difficult for me to acknowledge someone else as more passionate than him.”

BLS Asphalt expanded its operations relatively quickly in a small period of time, going from an operation of seven or eight people to having 70 employees within an eight to nine-year span. Finding the right people wasn’t an easy feat.

“In 1999, as a new company, staffing was very difficult,” Jonas recalls. “We ran a paving crew, and now we run six base crews and a paving crew. We also run a crushing spread and an asphalt plant.”

One of the reasons BLS Asphalt may have a little more difficulty than some other companies finding the right people is its philosophy in how to grow and invest in its employees.

“Pretty well all of our employees with the exception of a few are home grown,” Jonas says, explaining that they’ve all been trained starting at the entry level. “The ones we took on are now skilled operators and foreman.”

“There no room for arrogance here,” Jonas says. “And we want every job to be done to the best of our abilities. That way you never have to step up your game, because your game is always up.”

This positive attitude was instilled in Jonas and the entire workplace culture at BLS Asphalt by Jim from the very beginning.

“There were no favourites,” Jonas says, referring to being the son of the owner and having to earn his stripes in the business like everyone else. “When you’re the boss’ son you can act like a punk kid or go down into the trenches and lead by example.”

Because Jonas earned his position through hard work, there was no employee backlash or high turnover when he took over the company following his father’s passing.

“They all knew me,” he says. “There was no backlash because I was already there as part of the team.”

“BLS is constantly adding equipment, either by rental or purchase, to ensure we have the capabilities to approach and complete the work,” Jonas says.

The company has been slowly equipping its fleet with Topcon GPS systems, and currently has them outfitted on two graders, one dozer and one skid steer, and is looking at outfitting more of its fleet.

Future plans
As for continuing to grow the family business, Jonas would like to see the company get more involved in larger volume work in the future.

That said, the company isn’t about to shy away from the smaller projects.

“We plan on growing with the needs and the demands of the marketplace and the customer base,” Jonas says. “My dad used to say, ‘We are not in the business of turning down work.’”

Some sound advice, for sure.