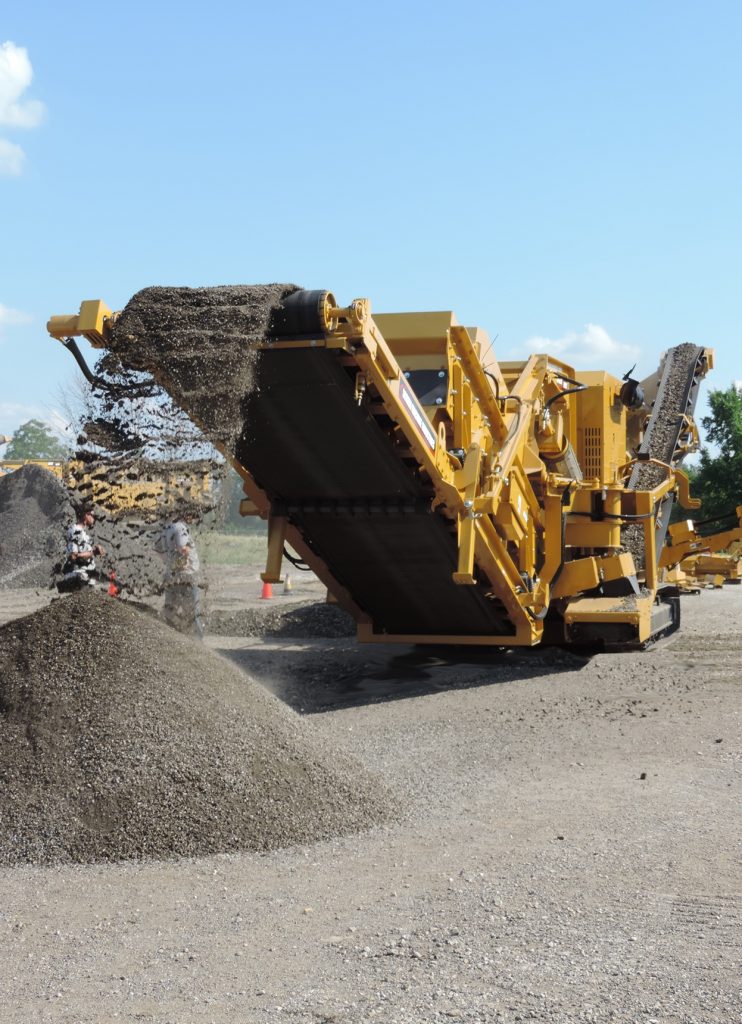 June 29, 2016 – When it’s time to celebrate a 50th anniversary, you do it in a big way. At Screen Machine, that means debuting about 75 tons of new machinery and welcoming nearly 700 guests for the day.

“Fifty years is a long time,” said president Steve Cohen. “Screen Machine Industries not only survived, but prospered through many recessions and wars. A business must adjust to survive.”

In testament to the company’s plans to not only survive, but thrive, in the years to come, Screen Machine debuted two new machines at the 50th Anniversary Celebration:

“These machines are all about efficiency,” said Doug Cohen, vice-president of operations. “The 4043TR allows the operator to produce crushed and sized product from a single machine. The return conveyor ensures the product keeps recirculating until it is reduced to the desired size. The 514TS3 adds an additional deck to our mid-priced screening plant.”

In addition to seeing these two new machines, 50th anniversary attendees enjoyed factory tours led by Screen Machine engineers; were able to drive a Screen Machine scalper; had a chance to run a hoist; could visit the I Make America interactive game; and had an opportunity to view a crushing and screening demonstration. A barbecue lunch also was provided.

During a brief lunchtime presentation, Screen Machine founder Bernard Cohen recalled that his accountant told him 50 years ago that nine out of 10 business failed in their first three years.

“I wonder what he would say today about our company,” Cohen said.