December 8, 2017  By Government of Saskatchewan 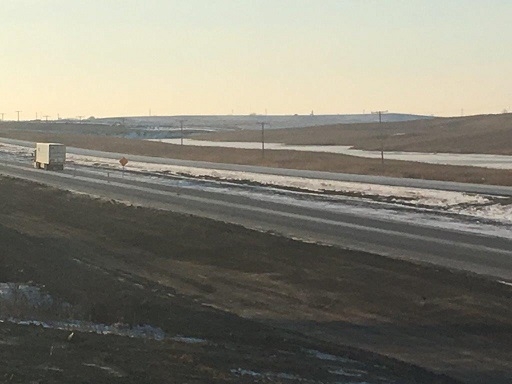 December 7, 2017 – A $27 million twinning project east of Estevan, Sask. along Highway 39 aimed at improving safety and efficiency for motorists and truckers, officially opened on November 16.

“The completion of these important improvements to Highway 39 will improve the quality of life and the safety of the community as it continues to grow,” said Ralph Goodale, Minister of Public Safety and Emergency Preparedness, on behalf of Amarjeet Sohi, Minister of Infrastructure and Communities. “Investing in highway projects such as these spurs the creation of well-paying jobs that help the middle class grow and thrive.”

The project includes 10 kilometres of twinning on Highway 39 from east of Estevan to southeast of its junction with Highway 18. This stretch of highway sees about 6,000 vehicles daily.

“The completion of this project demonstrates our government’s commitment to investing in infrastructure that improves the safety and efficiency of Saskatchewan highways,” said Highways and Infrastructure Minister David Marit. “We are pleased to see this double lane highway open to traffic and thank the residents in the area for their patience during construction. Our government looks forward to the benefits this section of highway will provide to the people of Saskatchewan as well as the trucking industry.”

The new two-lane overpass constructed south of the newly-twinned portion allows trucks safe access to nearby coal deposits for the area’s power plant.  The junction of Highways 39 and 18 east of Estevan near Bienfait has also been re-aligned to 90 degree angles, which will improve safety and sightlines for motorists. Additional components of the project include intersection improvements at Highway 39 and Sawyer Road at Estevan.

The Government of Canada is contributing up to $12.5 million to the project under the New Building Canada Fund’s Provincial-Territorial Infrastructure Component, National and Regional Projects. The Government of Saskatchewan will fund the remaining portion.