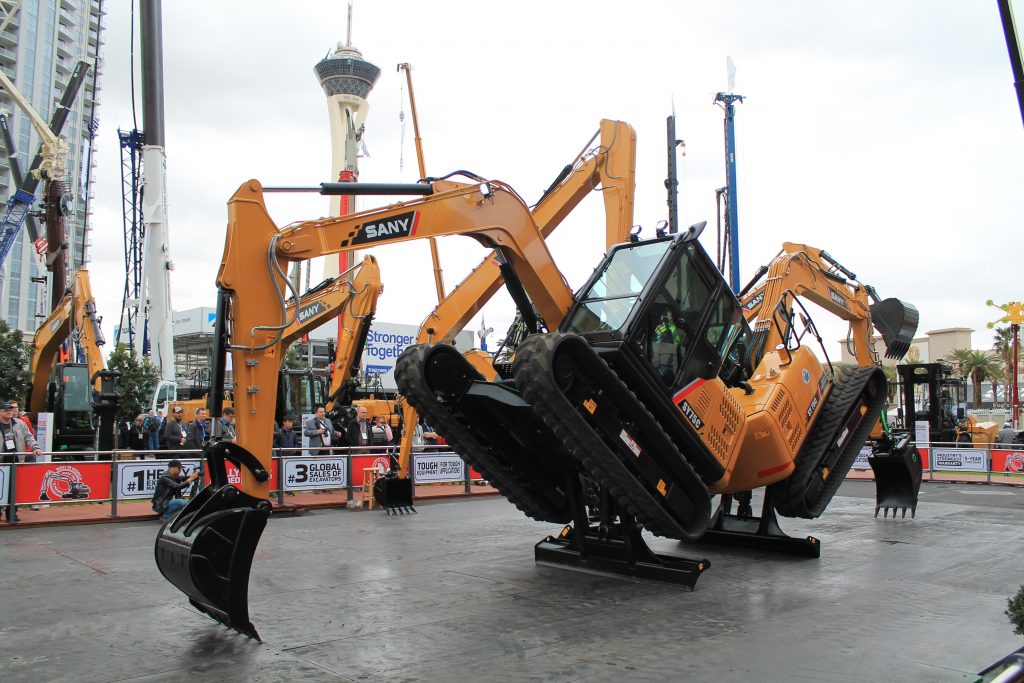 SANY displayed several of its brand new excavators being displayed for the first time in the North American market. Demos showed just how far the machines can be pushed. PHOTO: Jay Koblun

A little rain didn’t slow down the Dancing Excavator demo at Sany America’s CONEXPO/CON-AGG booth in Las Vegas on Mar. 10. Nor did it stop CEO Doug Friesen from talking about the company’s vision for its American and Canadian markets.

“We’ve got a little Sany stunt show we’re going to show you,” said a Sany presenter. “We’re not going to let some rain stop us from showing you just some of the capabilities of our excavators.”

Sany brought in three highly skilled excavator operators to show the crowd how far the machines could be pushed and what customers can expect of them.

“We want you to know how well they’re built; how smooth they operate,” the presenter said. “These machines you see right here are built in the state of Georgia, made for America.”

The slogan “Built in Georgia, Made for America” was shared often around the large outdoor booth. And CEO Doug Friesen spoke on how that translates to the entire North American market. He said Sany began working on how to better serve the Canadian market Jan 1, 2020.

Friesen said during this transitional period Sany will continue to support the Canadian market as it has been as he is expecting it to grow.

“It’s a tremendous market and we believe it will grow,” he said.

Friesen said everything began to change for Sany for the better about three years ago. Sany leadership decided that when it began operations in America it need to be localized. 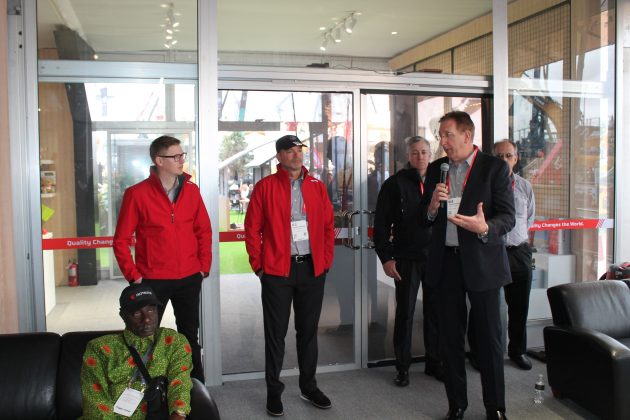 “There’s a lot of wisdom in the leadership of Sany right now. Sany has been a global company but they were mostly known as a Chinese company. Now they’re aiming to become localized in all the areas they participate in,” he said. “You can see by the theme of this booth, we’re built in Georgia, made for America. Our services are local and we’re trying to localize everything. We’ve come a long way in three years.”

Friesen said the company spent its first year in America building the foundations; IT foundations and organizational structural foundations to support the product.

“While we’re eager to sell, we’re more eager to support the market with parts and service. So as a result, we’ve been building that foundation. Once the foundations were built in place we recognized we had a big gap, because even now, when you talk to a lot of people, they haven’t heard the name Sany. They don’t know who that is. Sany has been around for 30 years, but the American market they didn’t really know who we were.”

Friesen said 2019 was the company’s year of promotion.

“We started advertising more than we’ve ever done. Participating in all the shows to get our name out. And now we’re ready to start in the market.

“We’re poised to sell, to share with this marketplace the strength of our machines. And one of the things I’m particularity proud of is, if you walk the booth every piece of equipment is new. So, we’re expanding our product line as we go to really strengthen our dealership network.”

Sany currently has 36 dealerships in America across and 74 locations. Friesen’s goal is to increase the number of dealerships to around 100.