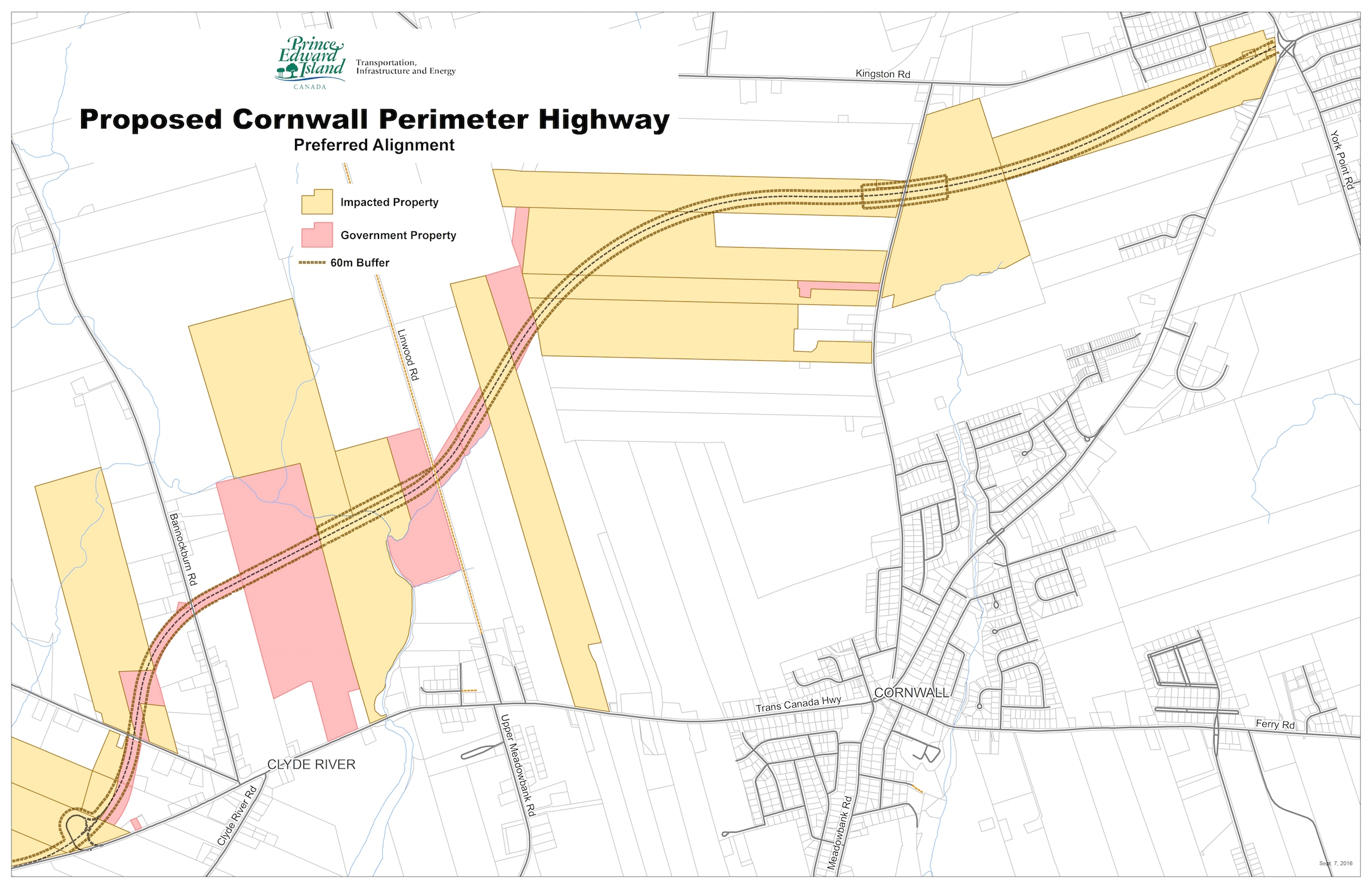 September 7, 2016 – The route for P.E.I.’s Cornwall Perimeter Highway was recently announced by the province’s Ministry of Transportation, Infrastructure and Energy. The preferred route for the highway was based on a number of considerations, including environmental and socio-economic factors, along with landowner consultations, according to Transportation, Infrastructure and Energy Minister Paula Biggar.

“Several potential routes for the new highway were considered and thoroughly assessed by an independent consultant,” said Minister Biggar. “This strategic infrastructure investment will be constructed to today’s safety standards, improve the transport of goods, and benefit Islanders.”

The perimeter highway will begin at the York Point Road intersection with the Trans-Canada Highway and will continue west along the north side of Cornwall and joins back to the existing TCH in Clyde River. Additional related work in the North River area through to Maypoint, including the construction of several roundabouts, will preceed construction of the perimeter highway.

An information session for the public will be held at the APM Centre in Cornwall on September 13 from 7 to 9 p.m. Information sessions are being held with landowners and commercial business operators.

“I am pleased that the Town of Cornwall has endorsed the route which will enable it to undertake new development opportunities,” said Biggar.

Construction is scheduled to begin in 2017 and be completed by 2019.