"Public education and safety are our top priority when it comes to road closures," Michael Montour. 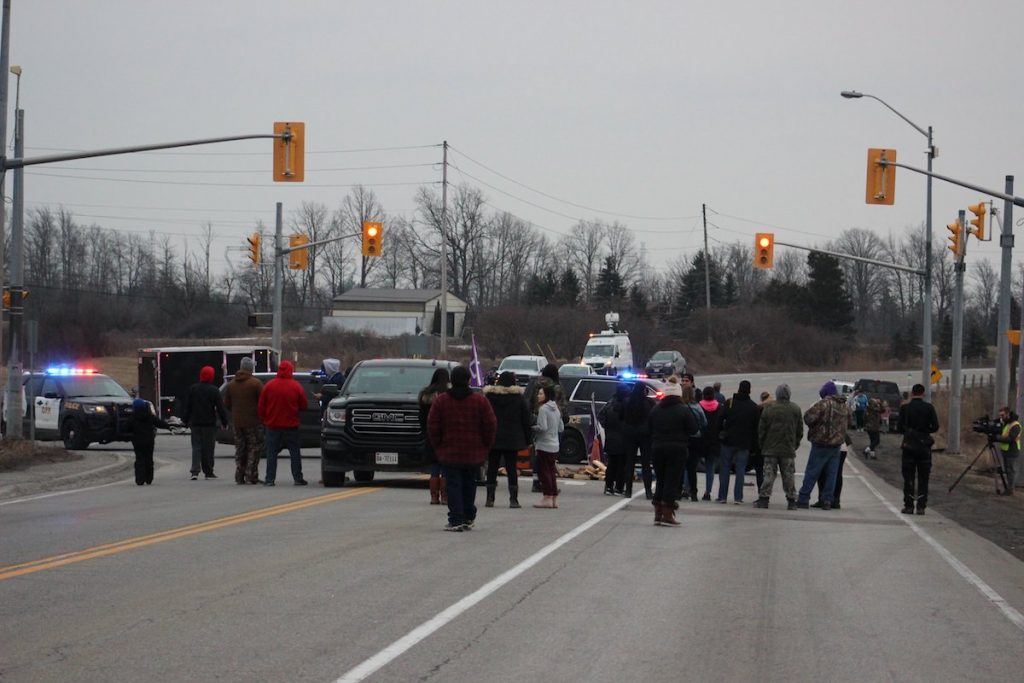 Demonstrators have shut down parts of Highway 6 near Caledonia, Ont. to support anti-pipeline protestors against a pipeline being built through Wet’suwet’en First Nation. Photo by Chezney Martin

Demonstrators across Canada have blocked several CN railways, roads and highways to support anti-pipeline protestors against a pipeline being built through Wet’suwet’en First Nation territory in British Columbia. Michael Montour, director of Public Works for Six Nations of the Grand River Territory in Ontario, says safety should always be the priority when closing off roads, even when there’s little time to follow policy.

“To keep safety a top priority when shutting down a road, our main step is to have a lot of communication with the community at the onset. Then we communicate with emergency services (EMS) to let people know exactly what’s going on,” says Montour. “On the emergency services side of things, we make sure that fire and ambulance are advised to plan their routes differently, so if they’re responding to a call they can still get to it. Police are advised too to ensure that their routes are clear.”

#ShutDownCanada was a callout for communities across Canada to blockade their local railway, port or highway on Feb. 13. Demonstrations began after B.C. police enforced a court injunction to clear Wet’suwet’en camps blocking a road leading to a work site for the pipeline. The conflict is partly over opposition to the pipeline project but is also about indigenous governance and indigenous rights.

Demonstrators shut down several roads and highways in Canada on Feb. 13 and several blockades are still up, such as one blockade blocking parts of Highway 6 in Caledonia, Ont.

Montour says his team at Public Works, stationed a few kilometres away from Caledonia on the largest First Nation territory in Canada, receives about a month’s notice that the Six Nations Elected Council has approved a project before they begin work. Giving him roughly 30 days to prepare detours, notify EMS, and add signage. There are emergencies and unplanned events that disrupt normal procedures but Montour says it’s important he does his best to keep the public safe.

“We do our best,” he says. “If we’re not able to communicate with the public in advance and there’s an emergency road closure, let’s say, a water main break, we have to just get the work done. So, we try for signage and we put out what we can over social media or any other mediums we have available to us in the moment and then we educate the public as they call in to see what is going on.”

Disregarding policy and procedure can cause confusion and safety concerns.

“There’s a big ripple effect when we close a section of a road down. We make sure to tell bus companies and school bus companies because if kids can’t get dropped off at home we have a problem,” Montour says. “Public education and safety are our top priority when it comes to road closures.”