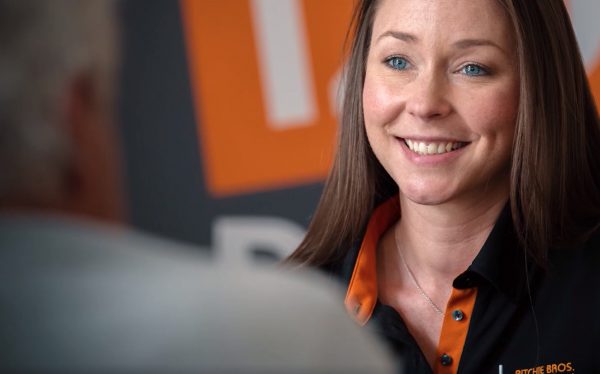 Edmonton – Ritchie Bros.’ Edmonton team was back at it last week, selling more than 9,200 items for $110 million over four days.

The auction attracted 18,945 bidders from 58 countries, which is up 49 per cent from the October 2019 event. Approximately 91 per cent of the equipment was purchased by Canadians, with western Canadian buyers winning the majority of the items, while international buyers from as far away as Australia, China, and the United Kingdom purchased nine per cent.

“With the recent record-breaking $34 million forestry auction in Chilliwack, our $110 million sale in Edmonton last week, and the big, four-day Grande Prairie event in three weeks, we are seeing some real momentum right now in western Canada,” said Andrew Lutic, regional sales manager, Ritchie Bros. “This was our third online-only auction in Edmonton and it’s working extremely well, with safe practices onsite to allow for in-person inspections. Thank you to all our consignors and buyers for continuing to put your trust in Ritchie Bros.”

Equipment items were sold for more than 1,100 consignors, including a package of items for long-time Ritchie Bros. customer Richardson Bros. Olds. Ltd.

“We miss the camaraderie of being at the auction in person, but the bidding audiences have certainly gotten bigger since Ritchie Bros. has gone all online,” said Frank Richardson of Richardson Bros. Olds Ltd. “We recently completed a major project in Calgary and came to Ritchie Bros. with all the surplus equipment, as we’ve been doing for decades. The auctions are perfectly organized. Bidders can show up a couple days before the auction, inspect the items, which are all perfectly sorted and lined up, and then bid safely from their phone. They sure make it easy.”