Four-day September auction attracted more than 16,000 bidders from 49 countries—up 11 per cent from 2019 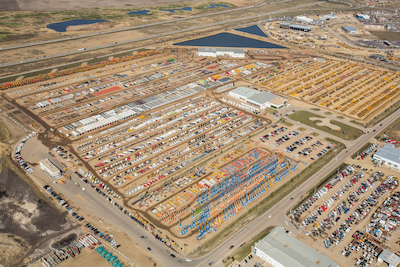 Edmonton – With its fourth auction of the year, Ritchie Bros.’ Edmonton site sold close to 10,000 equipment items and trucks for $91 million over four days.

“We continue to attract record numbers of bidders in 2020, resulting in strong pricing across most equipment categories in last week’s Edmonton auction,” said Andrew Lutic, regional sales manager, Ritchie Bros. “Thank you to all the consignors for putting your trust in Ritchie Bros. to deliver results during these unprecedented times. It’s a responsibility we take very seriously.”

Equipment in the auction was sold for more than 1,200 owners, including a selection of oilfield hauling equipment for the Nisku, Alta.-based company Fox Transport Inc.

Ritchie Bros. has more than 70,000 equipment items and trucks available in its upcoming events, including the company’s next Edmonton auction scheduled for October 28-30, 2020. For more information, visit RitchieBros.com.