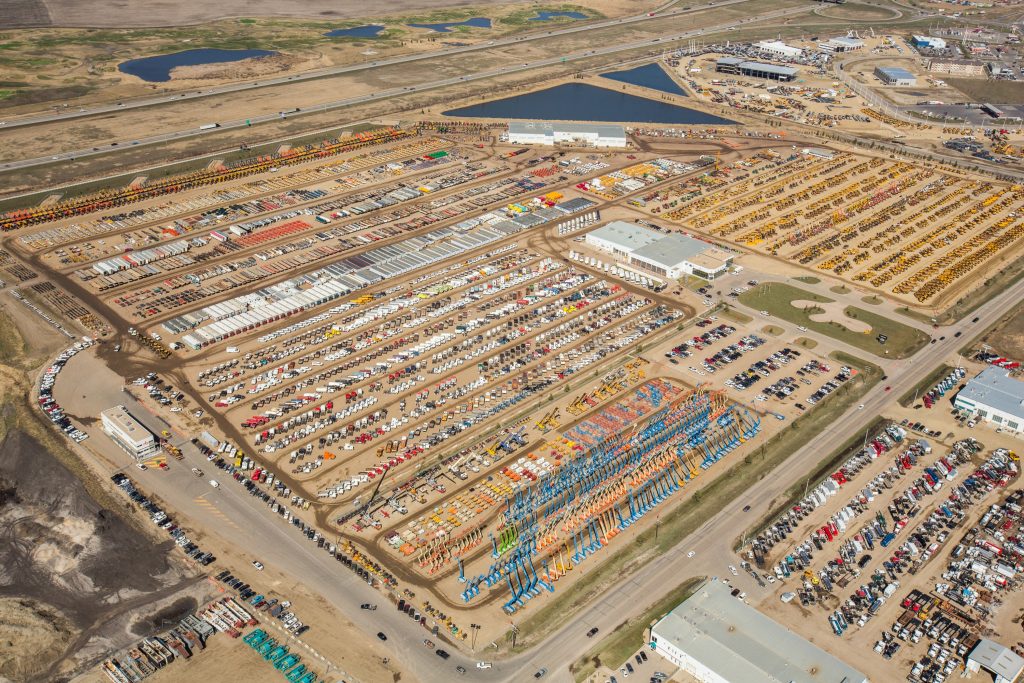 May 2, 2017 – Ritchie Bros.’ April auction in Edmonton is always a big event, as thousands of people from across Canada and around the world compete for equipment consigned by top companies in Alberta. This year’s auction attracted 13,800 people from 60-plus countries, as more than 8,650 items were sold over four days (April 25 to 28, 2017) for over $184 million.

“As activity levels are picking up in the Alberta market, and spring work projects get underway, we witnessed huge crowds and positive pricing across all equipment categories this week at our four-day Edmonton auction,” said Brian Glenn, senior vice-president, Ritchie Bros. “Western Canadian buyers outpaced all others, demonstrating brewing confidence in the oil and gas sector. Last week’s auction was a display of best-in-class customer service, as the team in Edmonton delivered solid returns for the hundreds of consignors who put their trust in Ritchie Bros.”

Equipment in the auction was sold for over 1,190 owners—a new site record. Highlights included 235-plus excavators, 230-plus compactors, 145-plus bulldozers, 85-plus loaders, 70-plus articulated dump trucks, 55-plus motor graders, 40-plus agricultural tractors, 140-plus dump trucks, 135-plus flatbed trucks, 90-plus boom trucks, 50-plus winch tractors, 180-plus aerial work platforms, 250-plus truck tractors, 935-plus trailers, 315-plus pickup trucks, and a large selection of consumer items and real estate. All items were sold unreserved, no minimum bids or reserved prices.

“Ritchie Bros. is an exceptional bunch to work with. The whole auction experience has been extremely exciting and I’m very happy with the results,” said Olga Roszko of Roszko Construction Ltd., who sold more than 150 items as part of a complete dispersal of their family-run, Whitecourt, Alta.-based company. “I attended my first Ritchie Bros. auction 49 years ago with my husband, it’s amazing to see how the company has grown and helped so many people. Everything worked out exactly as I hoped it would with this week. I’m glad I chose Ritchie Bros.”