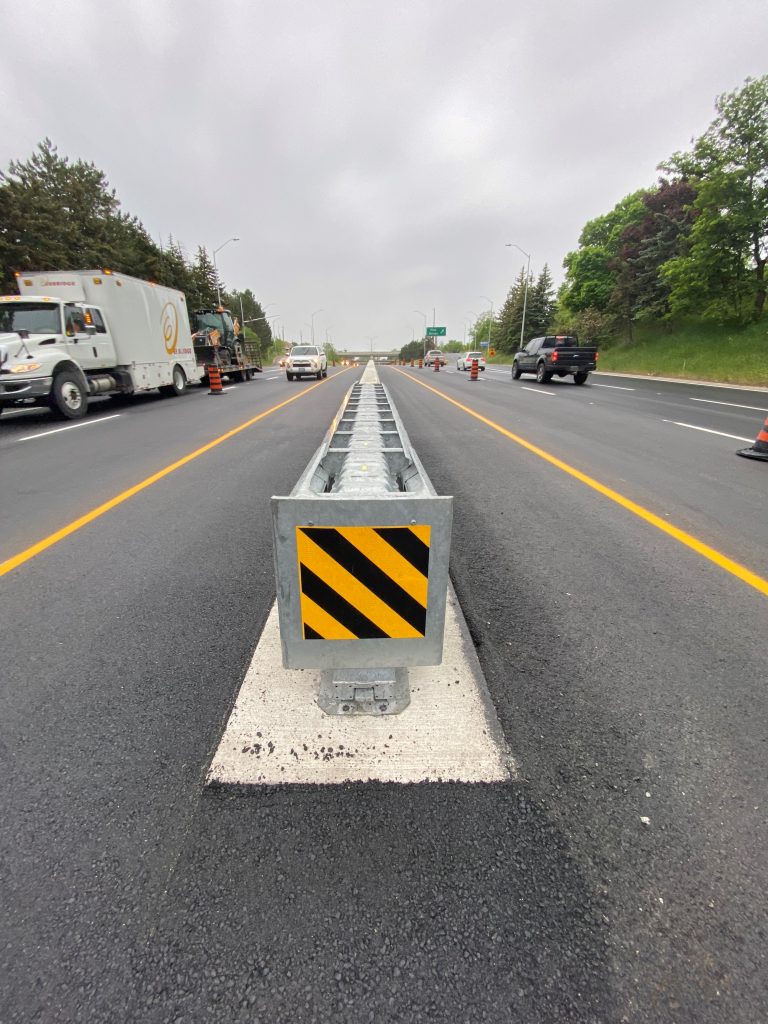 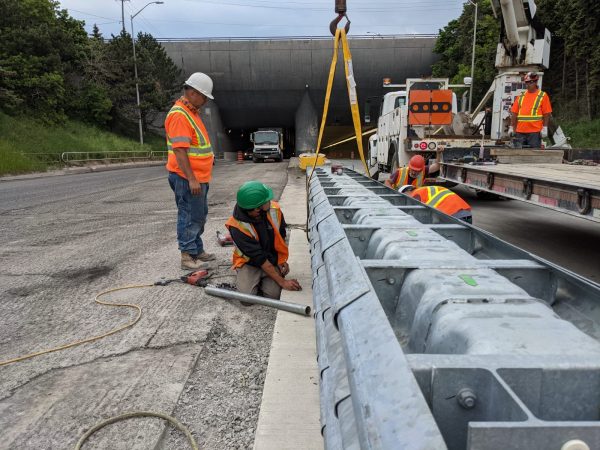 The SMA Hercules is a full redirecting, non-gating crash cushion that has been designed to protect vehicle occupants in the event of impact. Offering safety to motorists, the SMA Hercules can be used to shield the end of a median barrier system, a fixed object located in the median, or an object located in a gore area. SMA Hercules has also been approved for temporary installations in work zones to protect the ends of temporary construction barrier (TCB) systems.

Designed by SMA, an Italian-based manufacturer of road safety infrastructure products, the SMA Hercules adheres to the Manual for Assessing Safety Hardware (MASH) standards and has been tested to MASH TL-3. Additionally, the product has been approved by Ontario’s Ministry of Transportation (MTO). To achieve a longer lifespan, the SMA Hercules is constructed entirely of galvanized steel, and is supplied pre-assembled, which allows for quick, safe and easy installation. 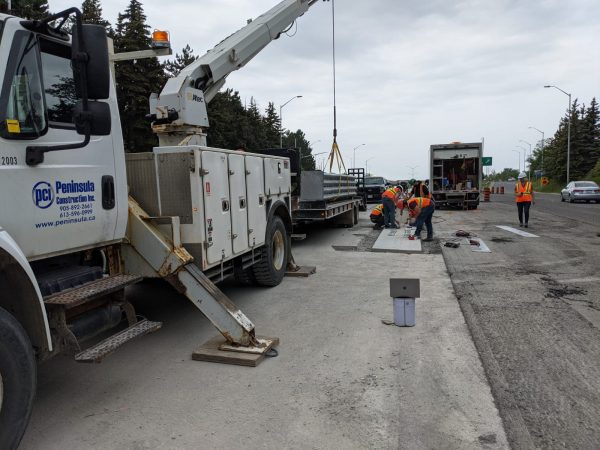 “The world’s first installation of the SMA Hercules at the Thorold Tunnel marks a significant development in our ongoing efforts to supply leading road safety devices that make Canada’s roads safer,” said Jamie West, vice president of Pen80 Products. “As the proud exclusive Ontario distributor of SMA’s products, which have set the standard of excellence in the industry, we look forward to continuing to support the MTO and our partners through the reliable supply of the best roadside safety products in the world.”