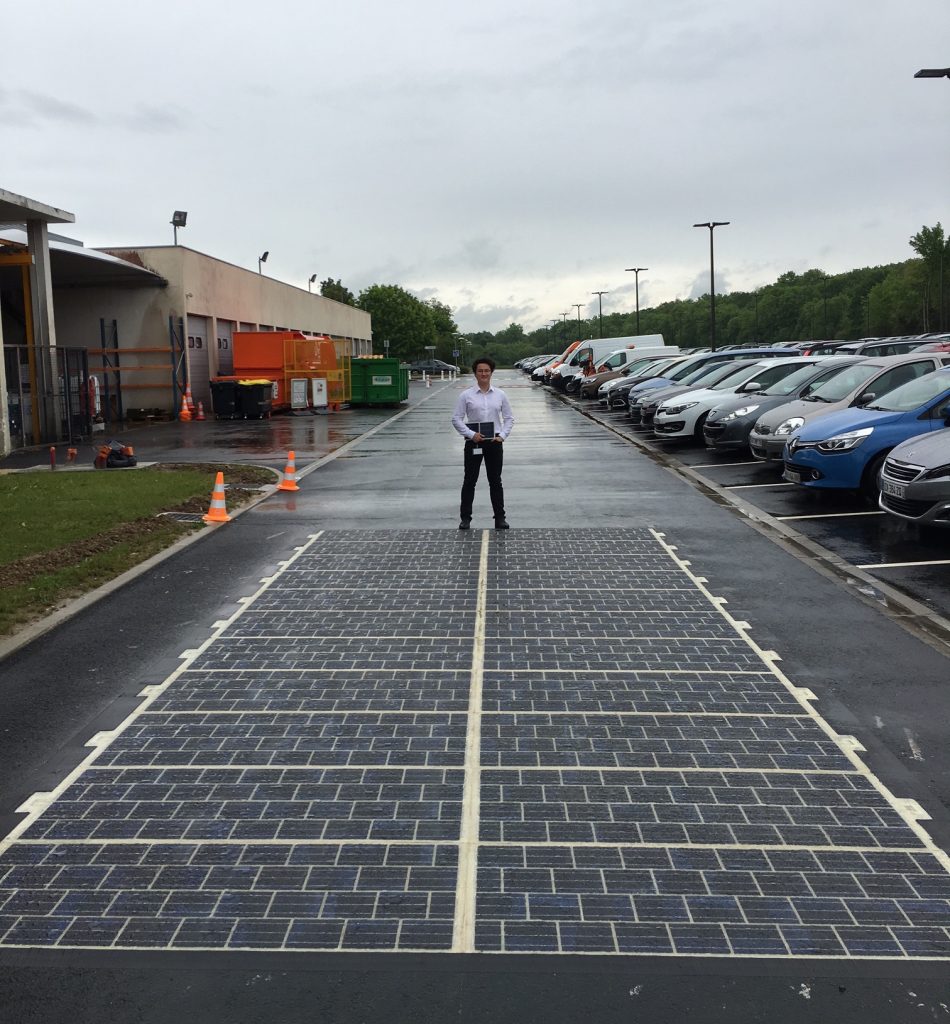 In late December, The Ray C. Anderson Memorial Highway (The Ray) – an 18-mile section of I-85 in western Georgia, U.S. – had Wattway’s drive-over solar panels installed over a 50-square-metre stretch of the highway. This marked the first time that the Wattway technology was installed anywhere outside of France. Colas, a world leader in transport infrastructure, and the French National Institute for Solar Energy (INES) developed the patented technology.

The Ray C. Anderson Foundation has been working for the past two years on ways to improve safety and efficiencies on its stretch of I-85 while mitigating negative impacts to air, water and communities and unlocking any potential value within the existing roadway.

The project began in early December and was completed in less than two weeks.

“The DOT mentioned that they were surprised how quick the turnaround was,” says Allie Kelly, executive director of the Ray C. Anderson Foundation.

The Wattway panels were installed directly onto the existing pavement so they did not require any significant roadwork in the site prep phase of the project.

“Solar on the travel lane makes a lot sense,” Kelly says. “The French solution can be applied onto existing infrastructure… we thought this was extremely smart.”

A site optimization study was performed before the project was chosen for The Ray’s demonstration site, which is expected to generate close to 8,000 kwH per year that will power the nearby Georgia Department of Transportation Visitor Center.

“The Wattway system is leased to The Ray and the GDOT is permitting it,” Kelly explains. “Everything we are deploying is free of charge.”

Tire safety
The solar panels weren’t the only state-of-the-art technology to be unveiled on The Ray last month.

“WheelRight is free to use and we are providing an air compressor at the Visitor Center free of charge to motorists on The Ray,” Kelly says.

The system is designed to measure tire pressure and tread on vehicles travelling up to about 15 mph (approximately 24 km per hour). After a vehicle drives over the monitoring device, the driver receives a text message with information about their tire pressure.

“Tire failure is one of the most significant reasons for traffic accidents and fatalities,” Kelly says. “This is low-hanging fruit that we feel is important to capitalize on.”

Both the Wattway technology and the WheelRight project were installed on The Ray with the support of the State of Georgia, the Georgia DOT, and Kia Motors Manufacturing Georgia. The Ray C. Anderson Foundation provided an endowment for the project.

Public data
A dashboard is currently in the works and is expected to be operational by sometime in the second quarter of 2017. Motorists will be able to go online to www.theray.org and see how both technologies are functioning.

“We’re going to develop a dashboard for our website that is going to report data as we are receiving it,” Kelly says. “Data about how much energy the Wattway is producing and the kind of measurements WheelRight is taking.”

Kelly says one of the core values of The Ray C. Anderson Foundation is the importance of transparency with every project the foundation undertakes, whether they are successful or not.

“Not every technology is going to perform as it’s expected or scale up they way we’d like it to,” Kelly says. “We want to be really transparent about what we’re doing and the kinds of results that we’re getting.”

“There’s no shelf life on The Ray, we’re going to be working with the GDOT and State of Georgia for a long time,” Kelly says.