March 6, 2019
By B.C. Ministry of Transportation and Infrastructure

March 6, 2019By B.C. Ministry of Transportation and Infrastructure 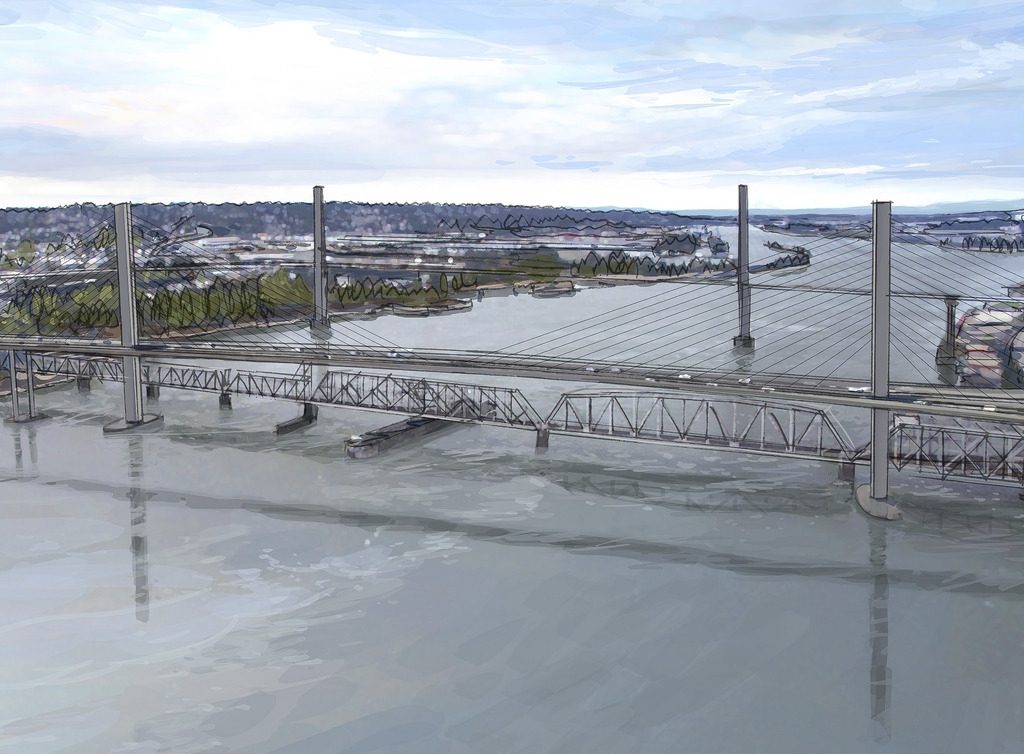 The Province of British Columbia has selected three pre-qualified bidding teams to participate in the competitive selection process to design and construct the new toll-free Pattullo Bridge that will deliver a safer crossing and easier connections into Surrey and New Westminster.

“The existing Pattullo Bridge is nearing the end of its useful life,” said Claire Trevena, Minister of Transportation and Infrastructure. “The selection of the three teams gets us closer to breaking ground on this project that will improve safety and reliability for residents, commercial vehicles, cyclists and pedestrians.”

The $1.377-billion Pattullo Bridge Replacement Project will provide improvements for everyone using the bridge and create thousands of jobs and opportunities for British Columbians.

The new four-lane crossing will replace the existing Pattullo Bridge and will have wider lanes and better connections to road networks on either side of the bridge, which will help traffic flow more efficiently. It will provide safer connections for commuters, commercial vehicles and first responders. The new bridge also features dedicated pedestrian and cyclist lanes separated from traffic by a barrier on both sides of the bridge.

The project will be funded and owned by the Province of British Columbia. It will be delivered on behalf of the Province by the Transportation Investment Corporation (TI Corp.). TI Corp. is a Crown corporation with the legislative authority to complete major transportation projects, similar to its role on the Port Mann Bridge project. With tolls now removed on the Port Mann Bridge, TI Corp. will provide oversight and management of the delivery of other major projects throughout the province.

Construction of the new Pattullo Bridge will be facilitated by the Province’s Community Benefits Agreement. Community benefits include job and training opportunities for people in the local area and the increased participation of apprentices and workers traditionally under-represented in the construction trades.

The approved budget of $1.377 billion represents the full cost to complete the project, including procurement, project management, construction, removal of the existing bridge and interest during construction. It is expected to open in 2023.