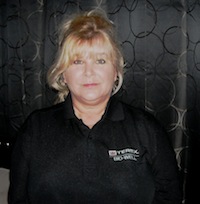 Patterson brings more than 15 years of in-depth construction
and distributor sales experience to a territory that spans westward from and
includes the province of Manitoba. In her new role, Patterson will have sales,
training and customer paving application consultation responsibilities for the
broad Terex Bid-Well line of bridge, highway, airport, and canal pavers,
texture/curing machines, work bridges and concrete placers.

“In her 15-plus years serving the construction industry,
Lynn has gained valuable experience working with end users to supply the right
equipment they need to be successful on their projects,” says Terex Bid-Well
Site Director, Sam Goodwin. “She will be a valuable resource for heavy and highway
contractors, as it gives them an extra level of support within this territory
for our bridge, highway, airport and canal paving equipment.”

Prior to joining the Terex Bid-Well equipment sales team,
Patterson spent time in sales positions with companies serving the construction
and agriculture markets. She has experience as a principle with an industry
heavy equipment distributor, supplying equipment such as excavators, cranes,
backhoes, pavers and tractors to contractors.

“Throughout my career, I’ve partnered with customers to help
them select the equipment they need for their work, and I have an in-depth
knowledge of not only what contractors need but also why they are selecting a
particular piece of equipment for the job,” says Patterson. “I look forward to
helping contractors in the Western U.S. select the right Terex Bid-Well paver,
not only for their current project but also for future work. Our pavers are
incredibly simple to configure, operate and maintain, but there is an
incredible sophistication within this simplicity, as they are flexible to adapt
to a broad range of applications.”

Patterson is stationed in a field office in Phoenix, Ariz.
She can be reached at 602-509-0562 or Lynn.Patterson@terex.com. For more
information on Terex Bid-Well automatic roller pavers, visit www.terex.com/construction .