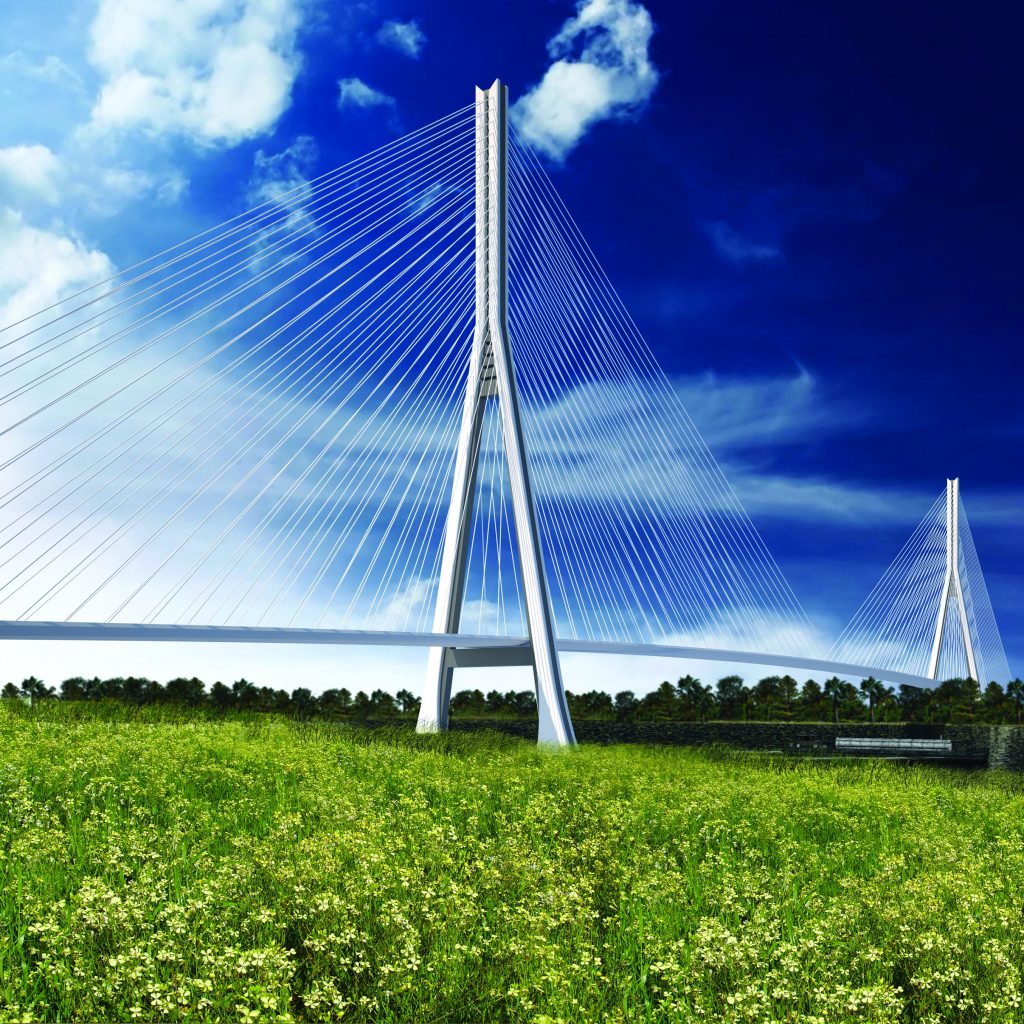 March 12, 2018 – Windsor-Detroit Bridge Authority (WDBA) recently announced that it has selected Parsons Inc. of Markham, Ont., for the role of Owner’s Engineer for the Gordie Howe International Bridge project.

Construction on the new bridge between Windsor, Ontario and Detroit, Michigan will begin this year. This $61-million contract is the first contract WDBA has awarded for services related to the design-build phase of the project.

In its role, Parsons will support the owner – WDBA – through design review, providing technical advice and monitoring and overseeing the construction activities of the private-sector partner through inspections, compliance reviews and audits.

Parsons will begin its work as Owner’s Engineer in April of this year – two months before WDBA announces its Preferred Proponent and begins final contractual negotiations. This will allow Parsons to start work as soon as the Preferred Proponent is selected.

“As we finalize our procurement process to select a private-sector partner to deliver the Gordie Howe International Bridge project it is important that we take steps now to prepare for the start of significant construction,” stated André Juneau, Interim CEO for the WDBA. “In addition to getting the sites ready through preparatory activities, we are getting our organization ready to manage the project with appointing Parsons as our Owner’s Engineer being our first critical step.”

“Parsons is excited to serve as WDBA’s Owner’s Engineer and to be involved with this historic project. We have a proven track-record on major infrastructure projects around the world, and we look forward to collaborating with Windsor-Detroit Bridge Authority to build the Gordie Howe International Bridge,” added Mike Johnson, president of Parsons Infrastructure.

•In January 2015, following a competitive process, Parsons Inc. was awarded a contract as WDBA’s General Engineering Consultant to provide a range of professional engineering services during the preparatory activities and procurement stages of the project.

•WDBA has exercised its option for the contract to be amended to select Parsons Inc. as Owner’s Engineer.

•WDBA’s private-sector partner will be announced by the end of September 2018.

About Parsons, Inc.
Parsons is a digitally enabled solutions provider focused on the defense, security, and infrastructure markets. With nearly 75 years of experience, Parsons is uniquely qualified to deliver cyber/converged security, technology-based intellectual property, and other innovative services to federal, regional, and local government agencies, as well as to private industrial customers worldwide. For more about Parsons, visit parsons.com, and follow us on Facebook, Twitter, LinkedIn, and YouTube.

About Windsor-Detroit Bridge Authority
Windsor-Detroit Bridge Authority (WDBA) is a not-for-profit Canadian Crown corporation created to manage the procurement process for the design, building, financing, operation and maintenance of the Gordie Howe International Bridge between Windsor, Ontario and Detroit, Michigan through a public-private partnership (P3). WDBA is also responsible for project oversight. For more information on WDBA visit wdbridge.com and follow us on Twitter.