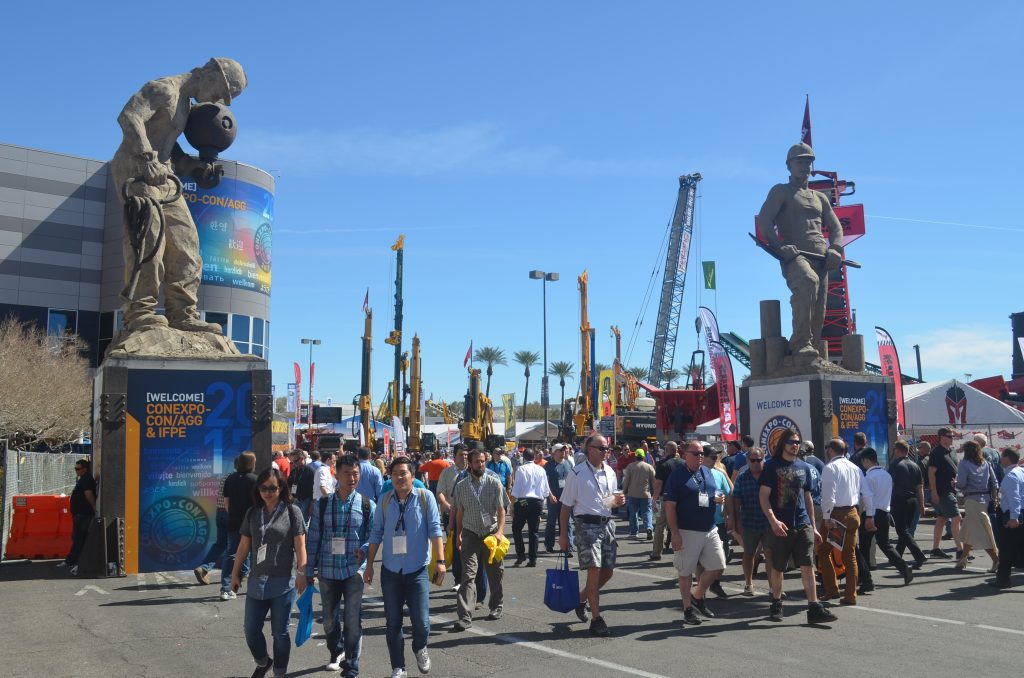 March 13, 2017 – Buy! Buy! Buy! That was the mindset of many attendees at last week’s CONEXPO-CON/AGG and IFPE 2017 show, which took place from March 7 to 11 at the Las Vegas Convention Center in Las Vegas, Nev.

Many exhibitors stated that they experienced strong sales throughout the show, with some referring to it as the best edition of the show yet.

“This has been one of the best editions of CONEXPO-CON/AGG – ever,” said Rich Goldsbury, 2017 CONEXPO-CON/AGG chair and CEO and president of Doosan Bobcat North America & Oceania. “Exhibitors are writing sales at an incredible pace, and attendees clearly came to Las Vegas to buy.”

“There was an element of confidence and pent-up demand at the show,” added Dave Foster, vice-president of marketing and corporate communications at Volvo CE. “These are not tire-kickers. These are people who are willing to buy multiple machines for work they have now and anticipated growth based on a renewed confidence in the market.”

Those metrics included:
•U.S. buyer attendance jumped over 16 per cent from the 2014 show, and total buyer attendance improved by almost 8 percent;
•Overall contractor and producer attendance grew by 10 per cent.
•Total attendance neared 128,000 for the week;
•Almost half of all attendees serve in executive positions at their company, and more than 3-in-5 attendees serve in a decision-making role;
•Almost 26,000 international attendees from 150 countries braved global headwinds including a strong dollar and flagging export markets and composed nearly 20 per cent of overall attendance; and
•Attendees purchased a record-breaking 52,000 tickets for education sessions at the show, a 26 per cent increase from the 2014 show. Total ticket sales excluding IFPE jumped by over 27 per cent compared to 2014.

“I think there is a noticeable difference in the attendees at this show, and the difference is their optimism,” said Gradall Industries president and 2017 Association of Equipment Manufacturers (AEM) Chair Michael Haberman. “Optimism was on display throughout the show, and the traffic was excellent.”

The event featured a record 2.8 million-plus net square feet of exhibits from a record 2,800-plus exhibitors from around the globe.

History was also made during the first day of the show with the unveiling of the world’s first 3D-printed excavator at the show’s inagural Tech Experience.

The next edition of CONEXPO-CON/AGG will take place in 2020.