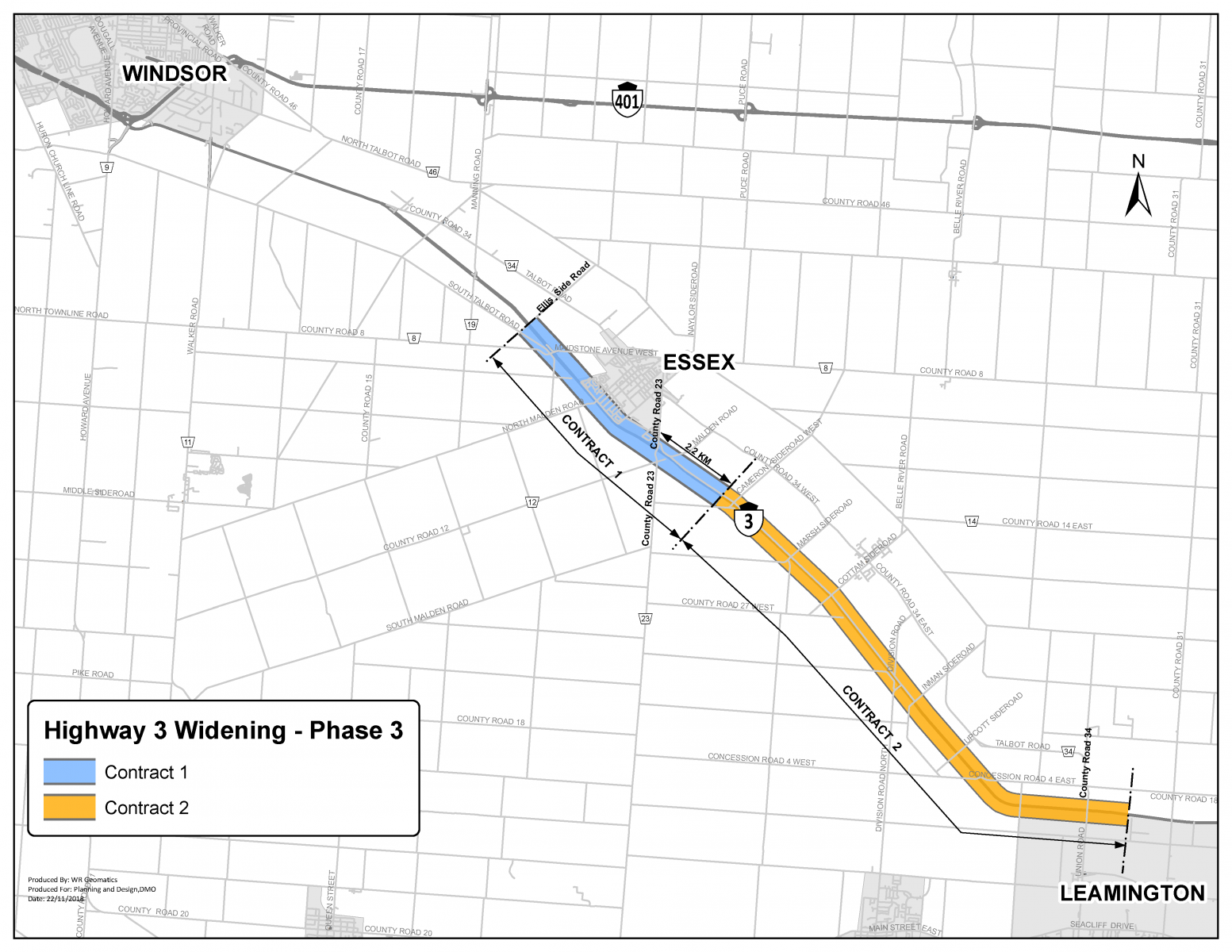 Ontario is moving ahead with plans to widen a section of Highway 3 from two lanes to four lanes.

On Dec. 3, the Ontario government issued a Request for Proposal (RFP) to three prequalified teams to design, build and finance the next stage of the Highway 3 Expansion. The project would see the four-laning of Highway 3 for 15.6 kms, between the Town of Essex and the Town of Leamington.

“Road safety has been – and always will be – a priority for our government. By widening Highway 3, we are delivering on our promise to make travel easier and safer for the thousands of people who depend on this roadway each day,” said Caroline Mulroney, the province’s Minister of Transportation. “Our government has a clear vision to build Ontario. This project will support good jobs during construction, and once complete, ensure that our truck drivers and carriers can get their goods to market more quickly.”

The prequalified teams were announced in October, based on criteria identified in a Request for Qualifications (RFQ) process that began in June.

Each team is now invited to begin preparing proposals that detail how they will design, build and finance the project. The successful bidder is expected to be announced in fall 2022.

“Our government is committed to investing in meaningful infrastructure projects that make a real improvement in the safety, efficiency and productivity of Ontarians,” said Kinga Surma, Ontario’s Minister of Infrastructure.

The highway provides both regional and international connectivity. Upgrades to the road in the County of Essex are expected to improve traffic movement, increase highway capacity and enhance highway safety. As many as 17,300 vehicles travel between Essex and Leamington each day, making Highway 3 a critical link between communities in southwestern Ontario.

Construction is currently underway to widen 4.9 kms of Highway 3 from Maidstone Avenue to Arner Townline in Essex and is expected to be completed in 2023.