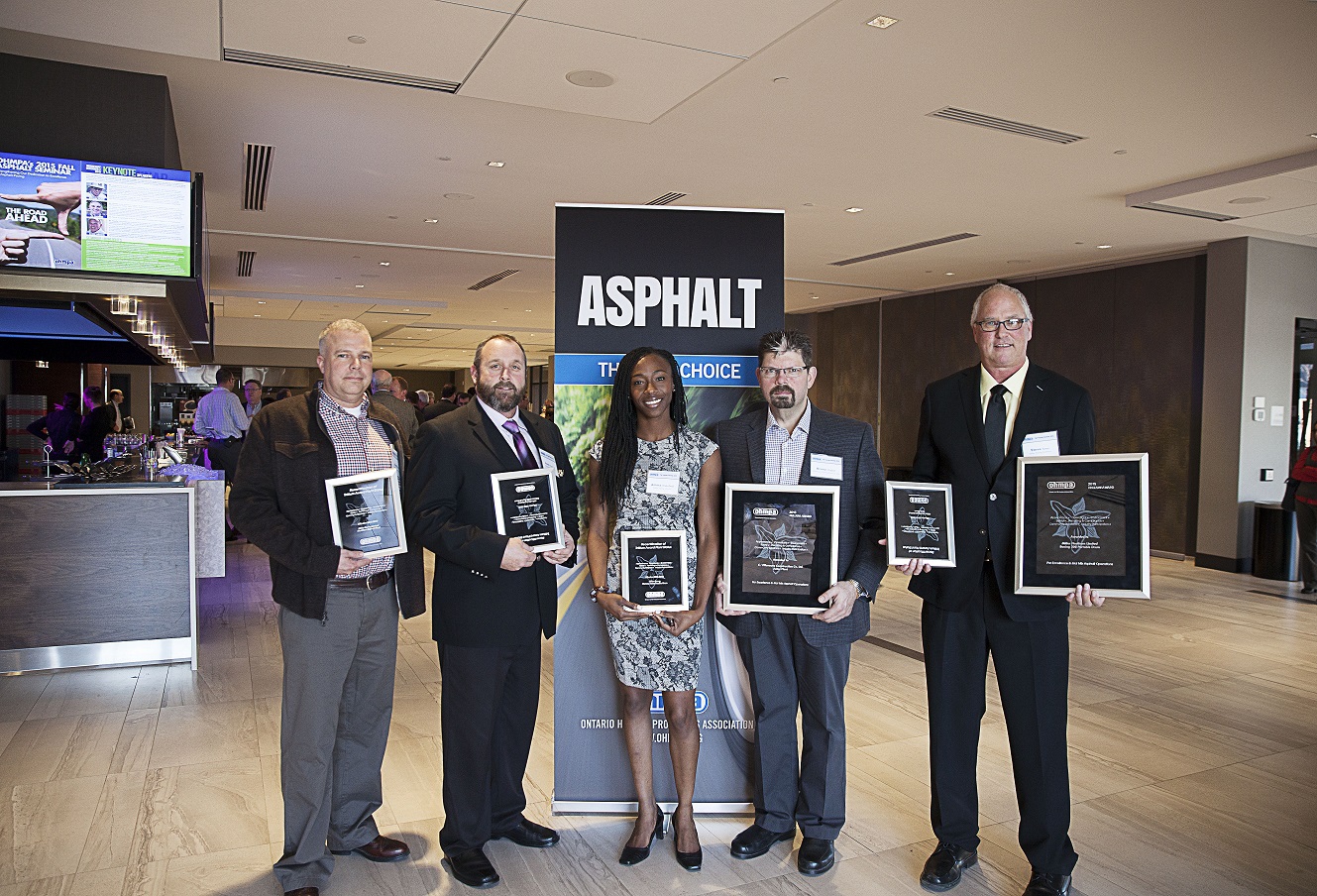 “OHMPA producer members work hard to ensure that they are good neighbors and stewards of the environment,” said OHMPA executive director Vince Aurilio. “The Trillium award was created to recognize those plants that go beyond the ‘gold’ standard already required by industry regulations. To date, 68 plants have earned the Trillium Award and 47 have been recertified. That speaks highly of our members and Ontario’s asphalt industry.”

Also presented was the Dr. Norman McLeod Award for Innovation in Road Building. The award, named in honour of Dr. McLeod, Canada’s most accomplished asphalt innovator, celebrates the pursuit of innovation in the hot mix asphalt industry. This year it was awarded to the late Keith Davidson, who was the Director of Technology and Product Development for McAsphalt Industries Limited. The award was accepted by John Carrick Jr., president of McAsphalt. Mr. Davidson was heralded for his dedication to the science of asphalt research and engineering support which has led to the introduction of several asphalt emulsion technologies in Canada.