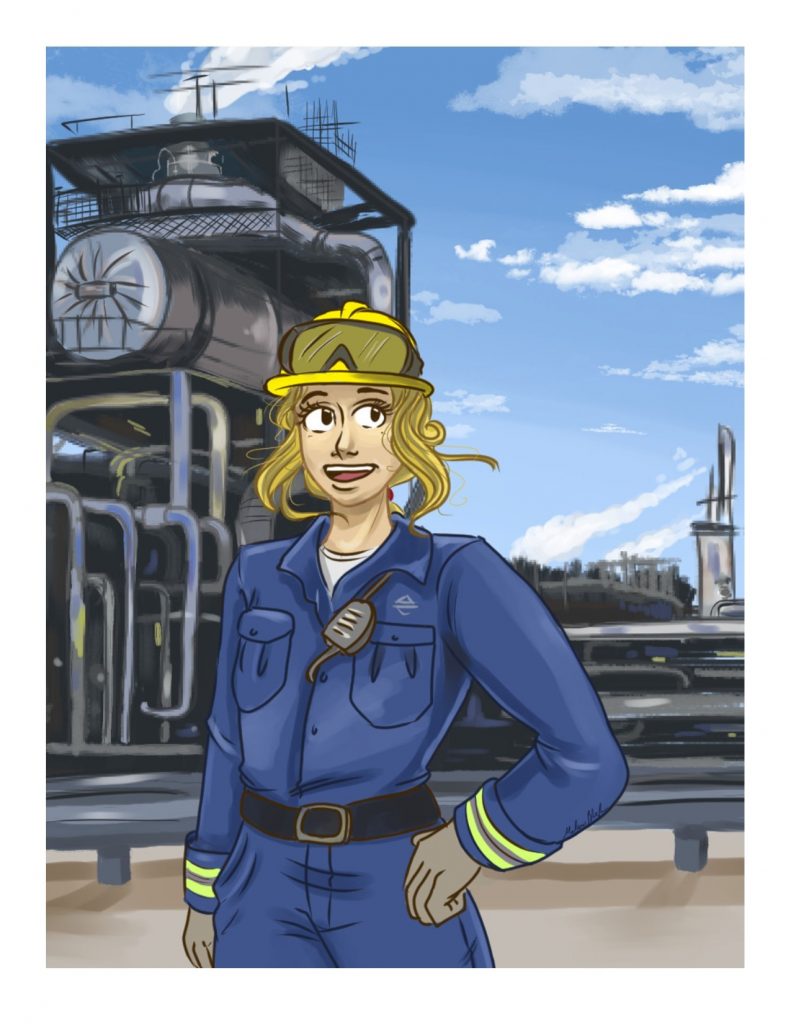 Women make up 50 per cent of the population in Canada, yet women still represent less than 10 per cent of the national transportation, construction and skilled trades sectors workforce. Introducing New Boots: Progressing Women in Trades.

New Boots is a network and resource hub in New Brunswick that aims to promote, support and mentor women in non-traditional skilled trades sectors such as construction, maintenance, manufacturing, automotive, truck and transport and forestry.

“The term New Boots is a play on ‘New Brunswick,’ and it’s also an older term used to address a new apprentice. A veteran in an industry would say, ‘Oh, we’ve got a pair of new boots in today, let’s show them the ropes,’” said Hélène Savoie-Louis, executive director of MAP Strategic Workforce Services. Savoie-Louis also first put together the pilot project for New Boots in 2015.

New Boots started in 2015 as a pilot project research initiative that followed 18 female apprentices across nine skilled trades. The goal of the project was to better understand the challenges women face when entering a non-traditional skilled trade, to promote skilled trades as a viable career option for women and increase the participation of women in trades apprenticeships. Due to the success of this pilot project, New Boots was developed into the provincial network it is today. 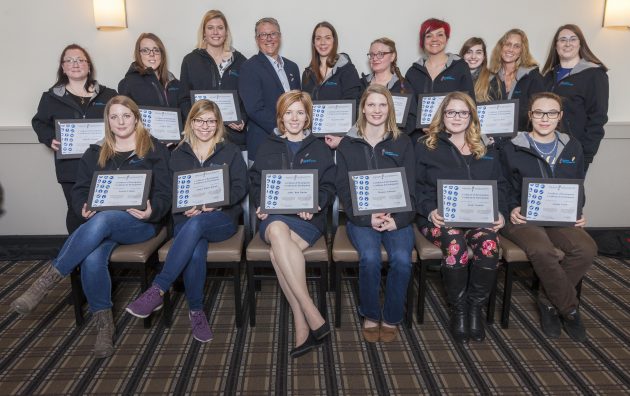 The first group of women that participated in the New Boots pilot project in 2017. Photo: MAP Strategic Workforce Services

“New Boots is there to really support women and girls through every step of the way into construction,” she said. “We are a one-stop-shop that helps take you from exploring the sector, to determining which trade you want to actually work in. We offer support when got to college and we help you find a job after.”

Savoie-Louis said the program takes women all the way through studying, to working, to getting their Red Seal certification.

“After your journey, which can sometimes follow a four- to a five-year timeline, our goal is for you to become a mentor within the program, cycling back to help new women who are in a similar situation.”

Startup costs in skilled-trades can be expensive when you consider the price of PPE, tools, and equipment that an employer may not cover. New Boots can also offer a tool allowance to help.

“New Boots has some funds to help in the beginning. Most skilled-trades have expensive initial costs so we have a tool allowance. Also, if the individual wants, we can match them with a mentor, male or female, and get the ball rolling. We follow them through their journey into trades.” 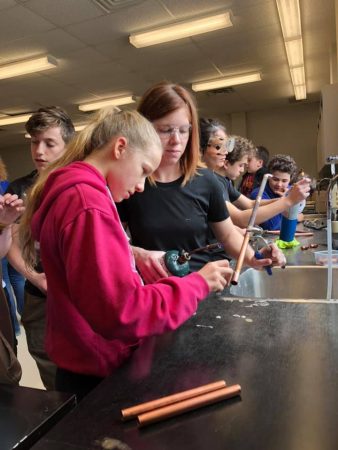 “Women make 50 per cent of the population in the country, there must be more we can do to welcome them into the construction sector,” said Savoie-Louis.

“When we have more diverse teams, we have stronger teams. Women bring a different way of communication and bring different ideas or perspectives to a team. When we get more women in our sector we build better teams that then produce high-quality work.

“We aim to offer girls and women a good career path that hasn’t always been offered to them,” Savoie-Louis.

The skilled-trades sector has not always been the most welcoming towards women looking to enter the field. But change is on the horizon.

“The problem my industry is facing, is women are all competing in the same talent pool that men were approached to enter first; engineering, science, construction, forestry. Women seemed to always be the last ones offered. But times are changing on both sides of the story, and you now see more males in nursing than before and other jobs that used to be more readily available to women.”

“We know who built the industry. It was mostly a lot of very talented men who got the ball rolling. We champion and root for our industry and those that helped build it, we just want the opportunity to get more diversity in there and offer it to more women.”

“Employers need to continue to broaden the talent pool,” Savoie-Louis.

Savoie-Louis said it’s no secret the industry is still predominately male. With a lot of jobs being won to males due to family connections, or close networks, it becomes a challenge when there is not a lot of women in leadership. Savoie-Louis said in some cases women may appear less strong, or smaller, which in the past could have kept them from getting a job.

“We have to convince employers to not look at the package, look at the potential. And attitude and skills of the person. A lot of female workers don’t want, or look, for attention on them for having made it into the industry.

“Many shy away from news articles, profiles, and other things. I try and coach them, saying, ‘Don’t do this for you. Do it for the girl, the small girl or woman who is maybe underemployed and not reaching her full potential, who will see you sharing your story, and see the potential and think ‘Oh, I can be that too.’ We encourage them to see that it’s about the bigger picture.”

Once finished the program, many workers are asked to remain on the team as mentors. When New Boots is asked to make a presentation at an elementary school, university, or college, many of these mentors come along and share their story. Savoie-Louis says one of the most important lessons they can instil in the minds of the younger female generation is to follow their heart and passions.

“Follow your heart and go after a job you find rewarding. New Boots can help. There is a category of women out there that is perfectly matched for the construction sector.”

Keep an eye on the website for new content from now through the first week of March, then celebrate International Women’s Day with us on March 8 with a live special online event.

The free event will include two interactive panel discussions: Driving Change in the Construction Industry, which will celebrate top women leaders in the field, and Solving Challenges Women Continue to Face in Construction, which will bring together women who are fighting to increase inclusivity for some brainstorming and problem-solving.

Register for free at www.rocktoroad.com/virtual-events/women-in-construction