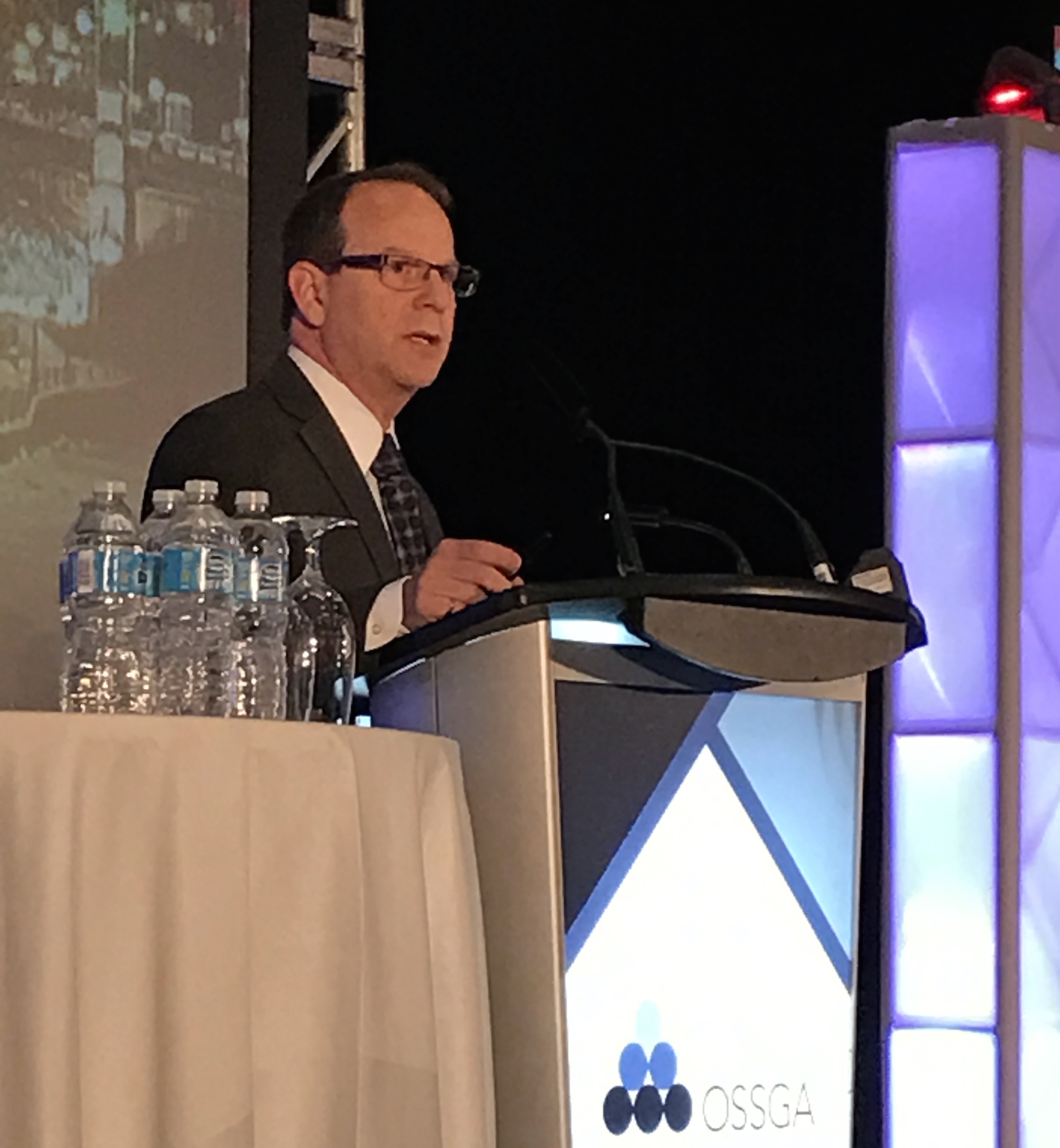 February 16, 2017 – Ontario Ministry of Transportation’s director of its investment strategies branch Shael Gwartz offered an update on the Ontario Provincial Highway Program to close to 300 attendees at the 2017 Ontario Stone, Sand & Gravel Association convention and annual general meeting, taking place from Feb. 15 to 17 at the The Westin Ottawa in Ottawa, Ont.

Gwartz discussed the key projects underway or coming under construction in 2017. The 2017 capital budget is approximately $2.372 billion, with about $1.576 billion of the projects taking place throughout southern Ontario with the remaining funds earmarked for projects across northern Ontario. The projects are then broken down as either rehabilitation projects or expansion projects with about a 60/40 split, respectively.

Gwartz said that a 60/40 split between rehabilitation and expansion projects is fairly common and that the capital budget in recent history has typically trended towards either a 60/40 or 70/30 split.

Some of the key projects that were highlighted during the presentation included three expansion projects in the Waterloo-Wellington area: the new four-lane Highway 7 project that will be built parallel to the existing Highway 7 alignment; the Highway 401 expansion in the Kitchener-Waterloo-Cambridge area; and the realignment of Highway 6.

Gwartz also briefly discussed the opening of Phase 1 of the 407E expansion project and the ongoing work on Phase 2 of the project; the widening of Highway 400, which will have a tender closing in the next few weeks; the Highway 427 expansion project; the widening of Highway 417 from Maitland Avenue to Island Park Drive in Ottawa; the realignment project for Highway 17 from Sudbury to Hagar; and the four-lane widening of the Highway 11/17 Thunder Bay to Nipigon Corridor.

Highway 401 stretch widening from six to 10 lanes in Kitchener-Waterloo
http://www.rocktoroad.com/roads-paving/projects/highway-401-stretch-widening-from-six-to-10-lanes-in-kitchener-waterloo-5109#sthash.Fmde32Ji.dpuf

Highway 417 gets $95M for expansion
http://www.rocktoroad.com/roads-paving/investments/ottawas-highway-417-gets-$95m-for-expansion-5010