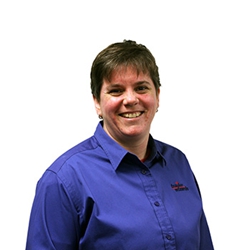 In this role, Mossman will lead the Ontario management team and be responsible for a fleet of approximately 8,000 trailers, along with the operations, service, parts, and sales for Trailer Wizards’ Ontario locations. Mossman joined Trailer Wizards in 2012 and most recently held the role of branch manager for the Edmonton, Alberta customer care centre.

“Sherry’s experience and dedication to Trailer Wizards’ customers makes her ideal for this role,” said Anne McKee, Trailer Wizards’ chief operating officer. “Her strong record of accomplishment, solid operational experience, team building, and leadership expertise will be an asset to our Ontario team and customers.”

Mossman will be succeeding current vice president, Ontario region, Mike Ciciretto. Ciciretto joined the Trailer Wizards team through the acquisition of GTA Trailer Rentals and Markham Equipment Sales in early 2015. During this time, he has helped to bring together the two organizations and strengthened Trailer Wizards’ Ontario operations. Ciciretto will enjoy an extended personal leave after which he intends to explore a business development role with Trailer Wizards.