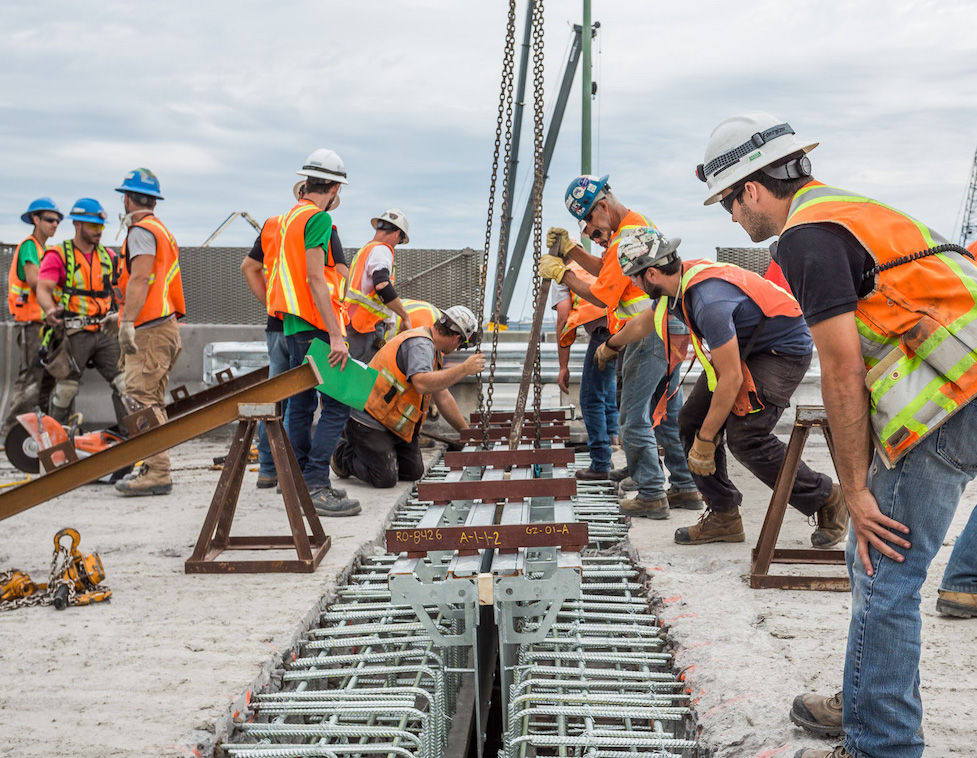 It will take just over three years for the Champlain Bridge to be dismantled. Photo courtesy of JCCBI

Montreal – Workers will soon complete the construction of migratory corridors for fish in the St. Lawrence River as dismantling work on the old Champlain Bridge between Montreal and the South Shore continues.

The Jacques Cartier and Champlain Bridges Incorporated (JCCBI) explained that the project will reduce the impact on fish in the river. The two migratory corridors should be operational for the fish migration and the spawning season, next spring.

More than forty species frequent the area where the St. Lawrence River widens between the Lachine Rapids and the Victoria Bridge, including bass, lake sturgeon, walleye and black perch. These species are all likely to inhabit the area of ​​the river where the construction work for the jetty and the dismantling of the old bridge are located.

The migratory corridors’ design provides for fish reproduction and the ideal conditions to facilitate their passage, including water flow maintained at all times with maximum speed and minimum water depth. In addition, the width of each corridor will be at least 5 meters.

The JCCBI also reported that in the dismantling of the bridge on the Nuns’ Island jetty, the second cycle of demolition has been completed. By the end of the holidays, all of the spans overlooking the Nuns’ Island pier will be demolished.

As for the work carried out in parallel on the other side of the St. Lawrence River, the JCCBI announced that the jetty on the shore in Brossard has reached its full width and maximum length. After the holidays, a small portion of jetty backing onto the St. Lawrence Seaway will be built.

On the side of the dike, crews are working to assemble the barges and maritime equipment which will be used for the dismantling of the bridge over the river.

The original Champlain Bridge was decommissioned on June 28, 2019, 57 years after its inauguration. Last summer, the JCCBI announced that the dismantling work would be carried out until winter 2024 and cost $400 million.