Six decades of wheel loader history at a glance: The almost 60-year-old LSL 1500 with a Liebherr stereoloader L 514 of the latest generation. Photo courtesy of Liebherr

Austria – Almost 60 years after its debut, Liebherr has restored one of the first wheel loader prototypes from the corporate group’s early years: the LSL 1500. This specimen is the oldest preserved Liebherr wheel loader in existence. Liebherr has invested about 650 working hours in the restoration of the vintage loader which is now used as an exhibition piece in the Liebherr Bischofshofen factory. 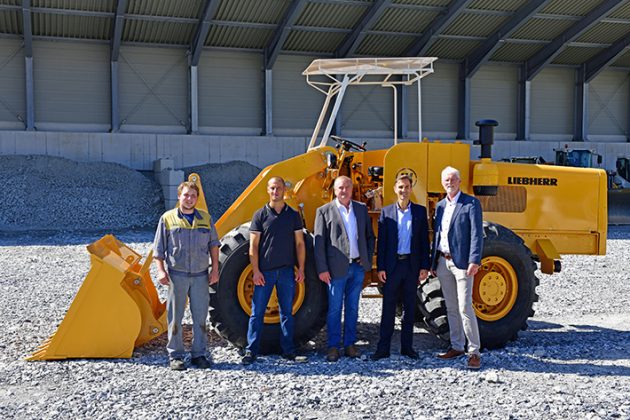 “When developing wheel loaders, we deal with the latest technologies and trends on a daily basis. However, we also respect our roots. And this wheel loader here shows that Liebherr was getting innovative machine concepts off the ground even six decades ago,” said Martin Gschwend, managing director of the Liebherr Bischofshofen plant and responsible for the worldwide distribution of Liebherr wheel loaders.

From scrap metal to an exhibition piece

The wheel loader veteran has had a very full life. After a few years at a gravel factory in the Biberach area, the machine arrived at the Fried-Sped corporate group in Ummendorf circa 1980. The LSL 1500 served the logistics specialist reliably for around 20 years. At the beginning of the 2000s, with the shovel loader already around 40 years old, Liebherr took the prototype back and preserved the now decommissioned wheel loader. 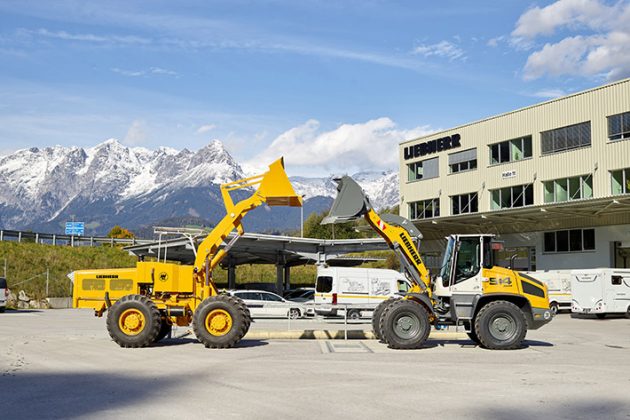 Six decades of wheel loader history at a glance: The almost 60-year-old LSL 1500 with a Liebherr stereoloader L 514 of the latest generation. Photo courtesy of Liebherr

However, this storage location was not to be the final resting place for the historic wheel loader. In 2019, Liebherr-Werk Bischofshofen GmbH decided to fully restore this last remaining LSL 1500. The ravages of time, particularly in the form of rust and frost damage, had taken their toll on the machine.

The project began in the spring of 2020 at the Liebherr Bischofshofen plant. The wheel loader experts refurbished each individual part of the LSL 1500 down to the very last screw. For the team, the renovation meant much more than mere nostalgia. 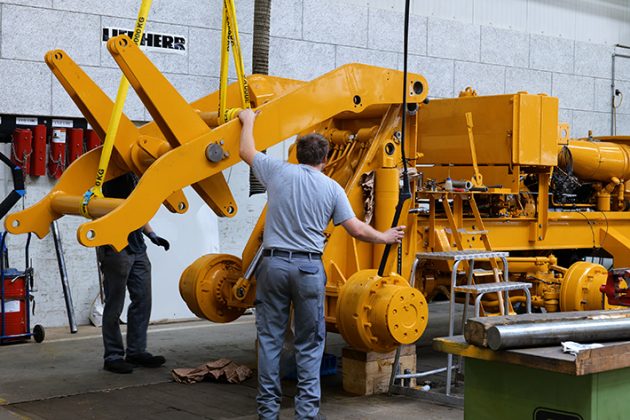 Wheel loader experts at work: The restored lift arm is mounted in the repair centre. Photo courtesy of Liebherr

“Several apprentices worked on the restoration. For them, this was a rare opportunity to observe and understand the technology of earlier times,” said Andreas Scharler, who ran the repair centre for many years.

In many places, technical skill and improvisational talent were required.

“When you start the diesel engine, the operating voltage suddenly switches from 12 to 24 volts. We first had to analyse this process correctly in order to be able to start the wheel loader successfully. It was a splendid moment when we heard the powerful six-cylinder diesel engine running for the first time,” says Scharler, who, with his team, invested about 650 working hours in this vintage wheel loader.

A piece of wheel loader history 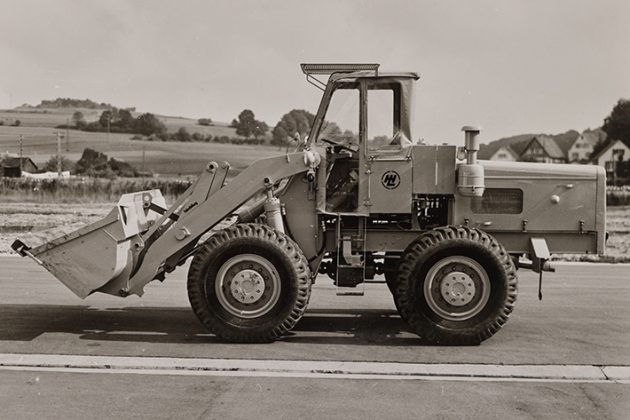 Original photograph: The LSL 1500 in a gravel plant in the early 1960s. Photo courtesy of Liebherr

In the 1950s, Liebherr was already experimenting with wheel loaders, a type of machine still in its infancy and underdeveloped at the time. Liebherr’s first two prototypes, the “Elephant” and “Mammoth” models, still had to cope with increased tyre wear and modest traction.

In the early 1960s, Liebherr then managed to create a reliable wheel loader prototype with the LSL 1500, weighing around ten tonnes and with 108 hp. Liebherr produced a pilot series of five units. The LSL 1500 had a rigid frame and hydraulically supported rear-wheel steering which was luxurious for the time. The load transmission was achieved by a torque converter and a four-wheel drive, which could optionally be switched off.

The new kinematics provided a dumping height of around three metres and allowed for the loading of construction site vehicles with larger side heights. For poor weather, an all-weather cover with sewn-in transparent windows and heating was available for the operator’s platform, which was still open at that time. With pride, Liebherr described its LSL 1500 in a datasheet as a “new design based on many years of experience in the construction of earth-moving machines”.