November 23, 2018  By B.C. Ministry of Transportation and Infrastructure 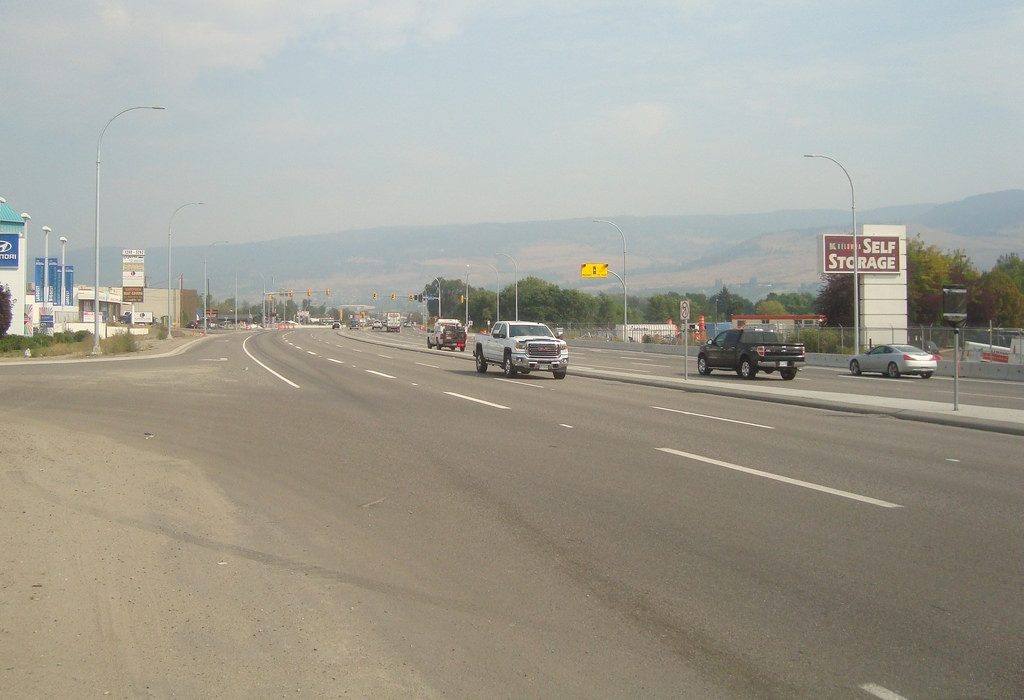 The Highway 97 six-laning project is complete, making it easier for people to travel through the area by widening the highway and upgrading several busy intersections.

“The Government of Canada recognizes how important investing in transportation networks is to economic growth and strengthening the middle class,” said Stephen Fuhr, MP for Kelowna-Lake Country, on behalf of François-Philippe Champagne, federal Minister of Infrastructure and Communities. “Our government is proud to have helped make the widening of Highway 97 possible, which will allow residents to spend less time on the road and businesses to move their goods to market safely and efficiently.”

This part of the Highway 97 corridor sees approximately 40,000 vehicles a day. Kelowna’s continued growth will mean that number will keep increasing, causing heavier traffic. The completion of this project will help make travel times shorter and help get people where they need to go quicker, through several upgrades.

“These upgrades should make it easier and safer for people to move through Kelowna,” said Claire Trevena, B.C.’s Minister of Transportation and Infrastructure. “They also create a better connection from the downtown core to the University of British Columbia Okanagan campus and Kelowna Airport.”

The $67-million project was cost-shared, with $18 million from the federal government through the Building Canada Fund, close to $1 million from the City of Kelowna and the remainder from the Province. The city also expanded the bus, rapid transit and cycling networks in the area to reduce traffic congestion.

“The widening project and intersection upgrades have enhanced our transportation infrastructure for the long term and will reduce congestion and improve safety in this vital corridor,” said Colin Basran, mayor of Kelowna. “We’re very pleased to see this project complete.”

The ministry appreciates peoples’ patience while this work to improve safety and capacity was carried out.