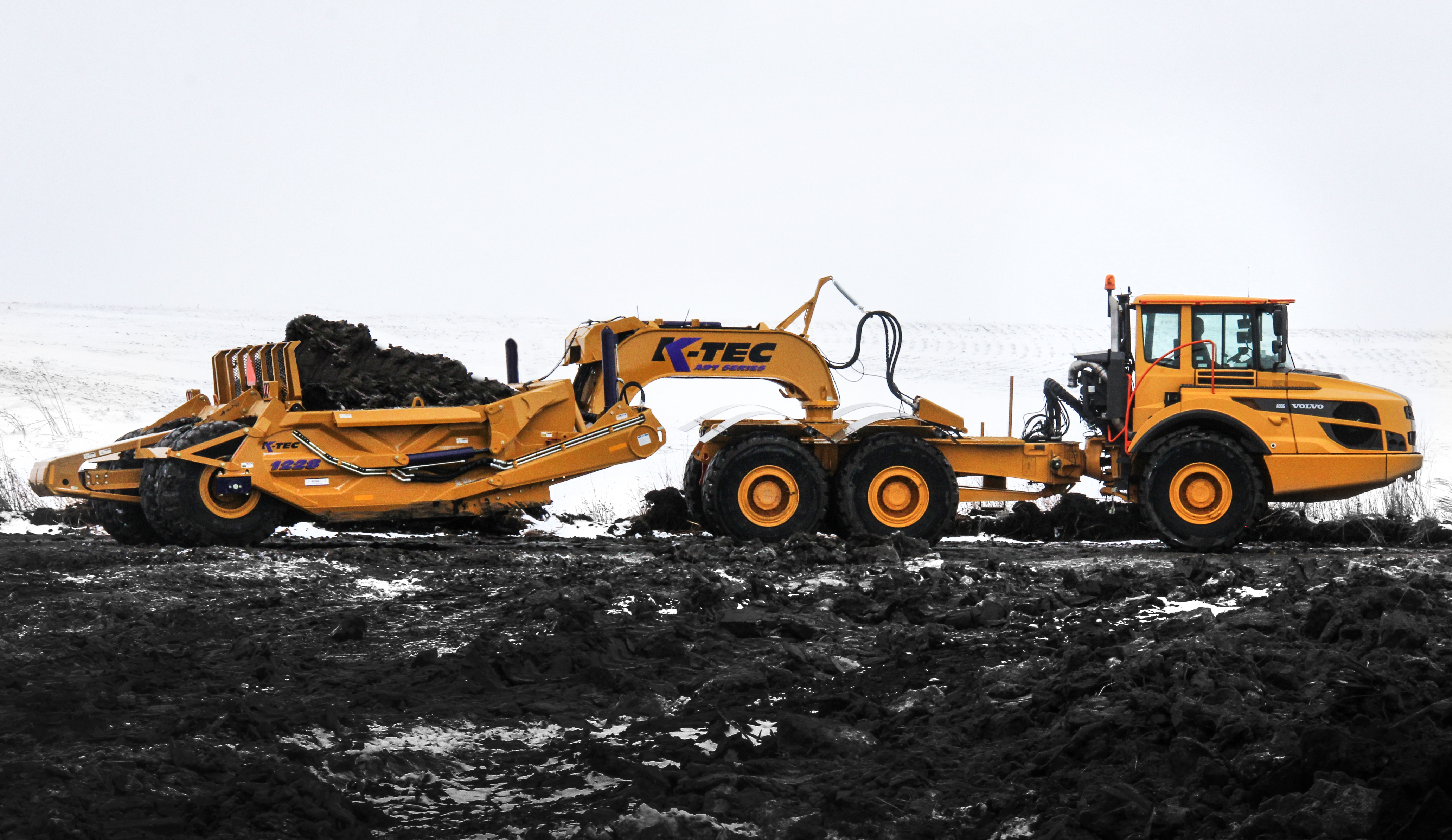 The 28 cubic yard scraper has been one of K-Tec’s most popular models for years, but now K-Tec has enabled a system to mount onto an Articulated Dump Truck(ADT) chassis, in addition to agriculture or construction tractors. Contractors who already have a 25 or 30-Ton ADT in their fleet can easily convert the hauler to pull a K-Tec 1228ADT for a unit that can self-load, transport, and eject material with a single engine running and sole operator.

The operator is able to use responsive joystick control functionality inside the Articulated Dump Truck (ADT). A digital display screen exclusive to K-Tec is also included in the cab for visual operating details, tracking load count productivity, and troubleshoot serviceability. The ability to travel 30+MPH down haul roads improves cycle time performance.

Upon analyzing the ADT marketplace, K-Tec recognized the vast amount of smaller 25 and 30 Ton trucks that contractors could improve their production and versatility with. K-Tec has attached its line of large earthmoving scrapers to 40 Ton trucks since 2008, so the use of a smaller scraper on a smaller ADT was a logical move. K-Tec CEO, Russ Goossen states “we are excited to offer an efficient earthmoving solution for contractors, municipalities, and counties, with smaller jobsite equipment to experience a construction grade K-Tec scraper and its productive benefits.”

K-Tec’s 1228ADT scraper is able to self-load as an efficient single unit operation for precision grading and dumping; be push-loaded for enhanced loading time; or be top-loaded via excavator for heaped hauling.