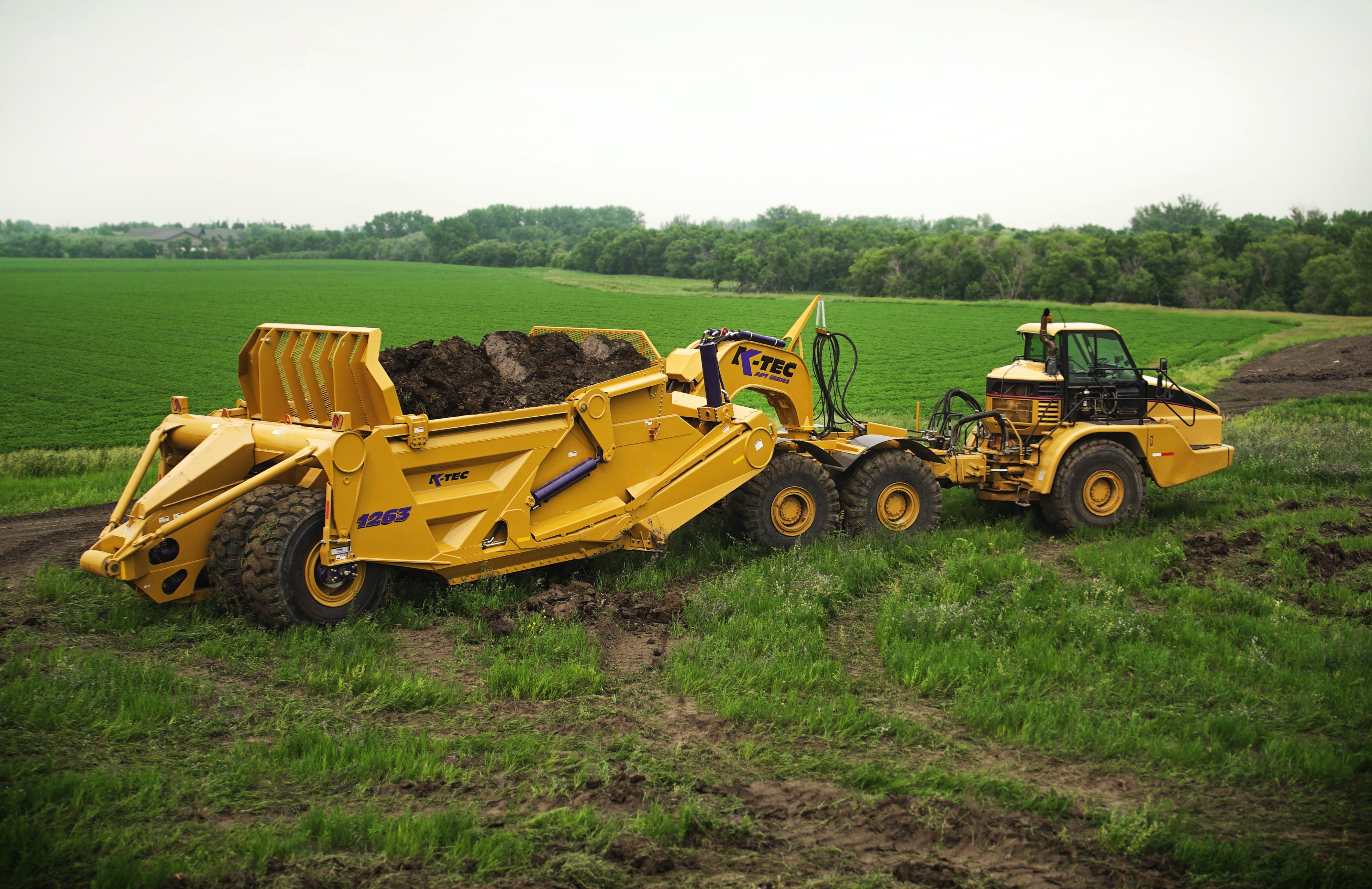 With a heaped capacity of 63 cubic yards (ISO) and empty tare weight of 61,000 lbs, the K-Tec 1263 ADT is built for massive dirt moving projects. Designed to be pulled with a 40 ton+ Articulated Dump Truck, this scraper is ready to help contractors substantially reduce their dirt moving costs.

The hitch system transfers 32% of the scraper load weight directly to the point where the truck is designed to carry weight. An exclusive digital display screen is included in the cab for visual operating details, tracking load count productivity, and troubleshoot serviceability. The 1263 ADT has a bolt-together design, which enables overseas container shipment, and ease of maintenance.

To maximize the 1263’s capacity, a push dozer in the cut is recommended to utilize the standard roller push-block innovation. Additionally, for contractors with excavators, the K-Tec 1263 ADT works as a haul wagon, with the large target area making for easy and efficient loading. The K-Tec 1263 ADT was enhanced from its predecessor, the K-Tec 1254 ADT. The extra nine-cubic-yard capacity comes from a 15.25′ long bucket and larger gate belly to contain more material.