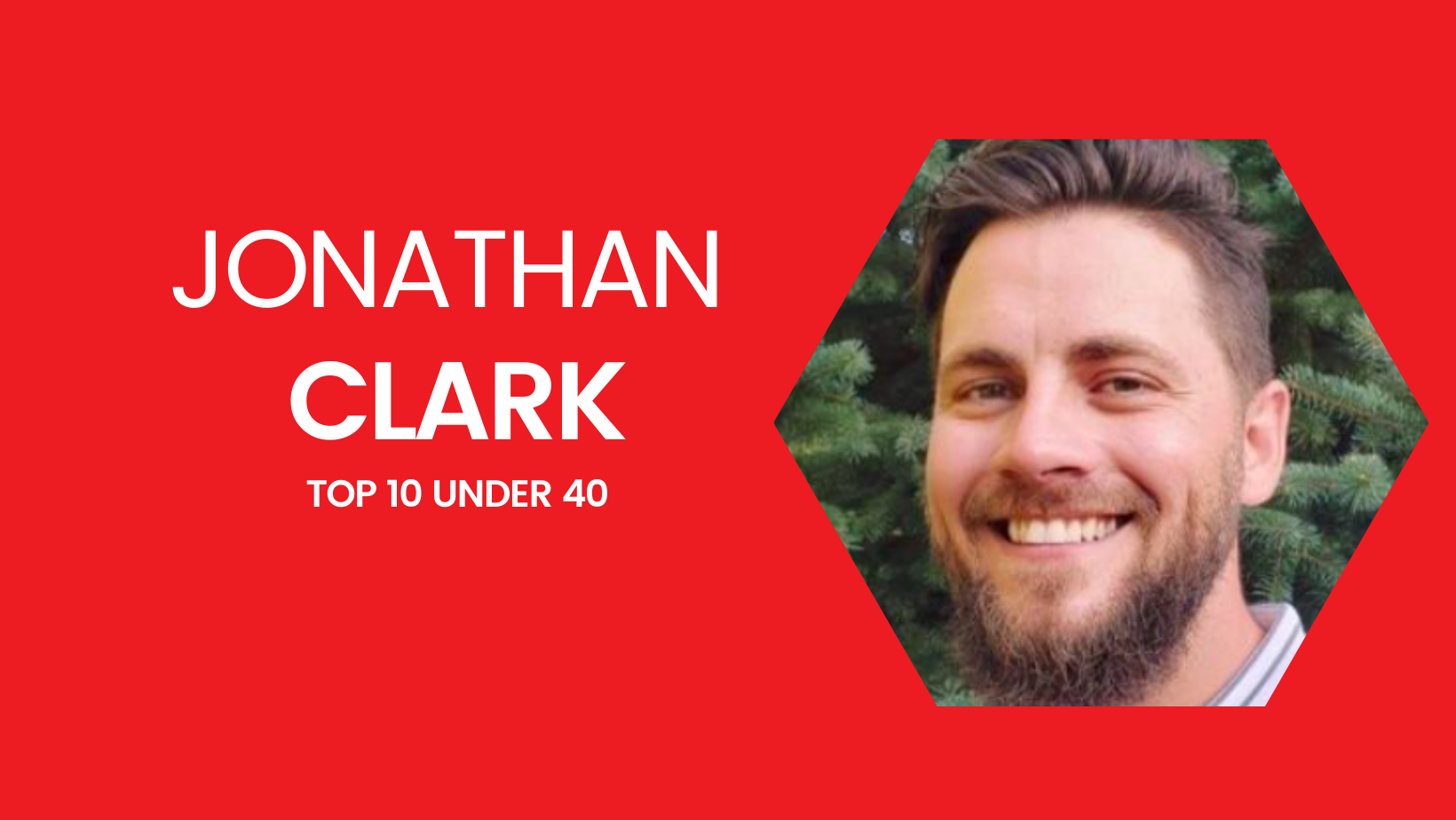 Jonathan Clark, a foreman at Dufferin Aggregates, a Division of CRH Canada Group Inc., in Aberfoyle, Ont has been named as a recipient of Rock to Road’s Top 10 Under 40.

Each year, the Top 10 Under 40 list celebrates the future leaders of the roadbuilding and aggregate industries.

For Jonathan Clark, the aggregate industry wasn’t his original plan. He started out going to school learning to become a millwright, spending most of his days operating CNC machinery. After a short time, Jonathan found that his career wasn’t on the path he had hoped, so he decided to change gears and try the aggregate sector.

“With my maintenance background I got into the industry. I started running some heavy equipment, playing with big Tonka toys,” he jokes. “I’d be running a CAT 777 dump truck and then when the plant went down, I’d be asked to help out with the maintenance side of things.”

Jonathan was eager to learn and take on new opportunities as they became available, and quickly learned a great deal about the industry.

“As I progressed with the company, I bounced around. I’ve worked at six or seven different sites with the company to get my hands on more equipment, and then there were lead hand positions I took on, and now I’m a site foreman. Leading up to now, it was just a learning experience. I worked on screens, crushers, all different types of heavy machinery,” he says.

Jonathan’s favourite project he’s worked on to date is the current sand and gravel site he helps keep running efficiently in Aberfoyle, Ont.

“We opened up three years ago and had to set up a brand-new plant. We had to rebuild some older equipment, make sure everything fits. Every single year we tried adding on to it. I’ve done areas of the plant that had to be expanded, like the silt ponds, making sure everything is done properly. Setting up sites to me is something I really enjoy. You get that fresh start and get to make sure it’s laid out not just for the year, but thinking ahead for two to three years in order to make sure the site runs smoothly.”

While Jonathan is enjoying his current position at Dufferin Aggregates, he definitely wants to take on more challenges in the future.

“I want more. I don’t see myself in this position forever. I’d like to get more involved in the company. Becoming a manager in the near future is what I’m working towards. I’m not settling, that’s for sure,” he says.

Jonathan wants to continue learning as much as he can about the industry while ensuring his site is making a good quality product.

“I like the idea of running a site, I could see myself doing that. I’m getting to know everything a little bit more every day,” he says.

His advice to young people considering a career in the industry: be open-minded.

“When you look at the industry, you may think, ‘I’m going to be running a piece of equipment,’ but at the same time there’s opportunities to understand how everything is done on the site,” he says. “Understand how the whole site works. It’s more eye-opening then just saying I’m a loader operator. I fell into the idea of I’m not just going to run a dump truck, I want to see how the material is made. There’s a lot more here than being a machine operator.”

Jonathan says he really enjoys the challenges you can face on a daily basis in the industry.

“When you accomplish them, you have a real sense of enjoyment,” he says.

“Jon has every hallmark of hard work and dedication, but what makes him outstanding is his positivity and mindset. Able to uplift a group of people anywhere he goes, while simultaneously getting the job done, and done safely, Jon has worked his way up through the ranks to the current position of foreman,” Alex says. “With his motivation, character and leadership, I am sure Jon is only a fraction of the way on his journey as a hard worker, leader and mentor to be.”