ARHCA looking for increased funding for Alberta’s roads and highways 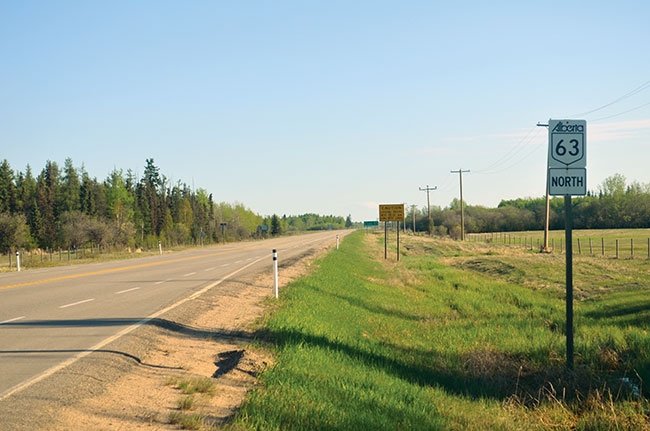 The Alberta Roadbuilders and Heavy Construction Association (ARHCA) is on a mission to convince government and transportation brass to set aside more money for improving the province’s roads and highways.

The organization also wants the politicians and officials to come up with a strategic plan for maintaining and rehabilitating the thoroughfares and develop a long-term vision for integrated transportation.

The current approach of funding transportation projects, ARHCA maintains, stymies innovation and prevents rational, integrated and comprehensive planning that benefits both the province and contractors.

“We depend economically on good roads to transport goods in and out of our province,” says Ron Glen, CEO of the ARHCA. “It’s important to the growth and development of our resource-based industries and for the supply of services to our many communities. It’s how people access public services like health and education. It’s part of our fabric of life to have roads that are in good condition.”

The ARHCA launched a campaign prior to the provincial election earlier this year to raise awareness of the issue with political parties. Under the previous NDP government, funds for renewal of roads and bridges was significantly reduced although the percentage of highways in poor condition has increased.

After the United Conservative Party took over, Glen says ARHCA had a positive meeting with officials from the Alberta Ministry of Transportation and is hopeful the association’s message is now getting through.

“There was a long period of time where there wasn’t much communication and we’re now seeing that the department is open to taking a look at many of the issues that we think, and the department thinks, could be greatly improved to improve project delivery. So, that is a very welcome change in approach,” Glen says.

ARHCA notes that, over the last 16 years, the percentage of Alberta highways in poor condition has increased 44 per cent. A recent report from Statistics Canada confirms that more than 13,500 kilometres of roads are now in fair, poor or very poor condition in the province. Yet, the province has significantly reduced its commitment to planned road and bridge maintenance and renewal by 29 per cent.

ARHCA believes the current road-funding crisis requires more money for roads, improved co-operation among various levels of government, and a greater onus on drivers to pay the real costs of using the roads.

“We are concerned that capital budgets will not be increased in order to provide the kind of investment we think is necessary,” says Glen. “We’ve received assurances that the new government will continue investing in roads and is concerned about the quality of the existing network so there may be a shift in priorities. But we will have to wait for a budget to be delivered at the end of October or early November.”

ARHCA feels it’s an important issue, he says, because the province is growing; which puts pressure on transportation infrastructure such as roads, bridges and overpasses that sustain economic and social benefits.

To raise awareness, ARHCA is disseminating information about the state of roads to the public so people know what’s happening with the asset and how, as roads deteriorate, it causes a looming financial liability for the provincial government and poses a serious threat to the economic viability of Alberta.

ARHCA states that highways and road infrastructure are critical links for moving goods, services and people; which is fundamental to Alberta’s continued growth and prosperity. Presently, there are more than 226,000 kilometres of public roads in the province – about 22 per cent of the national network.

The Government of Alberta manages more than 31,400 kilometres of highways, the greatest number of kilometres per capita in Canada, and is also responsible for nearly 4,500 bridges, interchanges and culverts.

The population of the province has increased by 1.3 million people since 2000, and is projected to add approximately
2.1 million residents over the next 29 years, reaching 6.4 million by 2046, an average annual growth rate of 1.4 per cent, creating the need for additional and improved transportation infrastructure.

As part of its effort, Glen says ARHCA is also pushing the province to come up with a better strategy for managing projects and transportation networks.

McKinsey Global Institute estimates that infrastructure typically has a socio-economic rate of return of 20 per cent over time – which means that each invested dollar delivers a 20-cent increase in annual GDP in the long run.

“We need to manage the funds that are coming to transportation in a way that ensures that we’re optimizing the dollars that are available and making sure that it’s going to well-planned projects, well-executed projects and that the procurement process provides better value to the taxpayer,” says Glen. “What we’re experiencing is that we’re trying to manage a physical asset on an annual budget cycle, which is not working.

“We’ve proposed a method to provide a different way of managing the money so that an agency would be able to plan and execute the procurement over a longer timeframe than just the annual budget cycle.”

Although Alberta Transportation has tentative plans for future projects up to 2022, ARHCA states that funding amounts can fluctuate based on political considerations, and there is no assurance of multi-year, established budgets. Therefore, funding commitments are unknown until the budget year in question.

In the 2018-19 provincial budget, for example, government decided to reduce projected spending on the capital maintenance and renewal program by $969 million, a reduction of 25 per cent from the amount committed in 2017, which resulted in a $484-million reduction in funding for road and bridge work.

Such decisions, ARHCA states, will have consequences for the province’s transportation infrastructure, the economy and social well-being of residents, and also lead to continued degradation of road networks.

ARHCA states the province has no unified transportation strategy, plan or dedicated funding in place to achieve its goals; and projects may move in or out of the construction program based on emerging needs, changing construction schedules or available funding which creates project uncertainty and instability.

ARHCA notes bridges are also a core component of Alberta’s transportation infrastructure and are other assets that require attention as they are also suffering from lack of strategic foresight and investment. According to Statistics Canada, the condition of Alberta’s bridge infrastructure is well below the national average, with 75 per cent of the province’s highways and bridges rated as fair, poor or very poor.

Glen says the association is pressing for stable funding and a long-term strategy, which would enable heavy equipment contractors in the province to plan better over a longer period of time for items like equipment.

“People would have a better perspective and more transparency in what the (transportation) department’s objectives are over the next four or five years and how they’re going to approach it, so business can respond and gear up, or they can decide to change their business practices if it doesn’t look too good,” he says.

Roads are important to the economic health of Alberta, notes Glen, and there’s a massive economic impact to the province when motorists are stuck in traffic rather than getting to where they need to be.

ARHCA, meanwhile, states that efficient road networks increase overall productivity and enable greater output, which results in increased business profits, reduces prices to consumers, and improves access and service quality. The Canada West Foundation states in a report that traffic is slowly strangling Alberta’s cities, resulting in time wasted in traffic that could have been put to more productive use.

Apart from the economic aspect, though, Glen notes there’s another, equally important consideration as to why good roads are important.

Bad roads can result in accidents, he says. “So, there’s a health and safety aspect of having a transportation network that’s well-maintained.”