Terex Finlay’s I-140RS impact crusher was one of many new products offering live demonstrations during Hillhead 2016.

June 30, 2016 – Thousands of attendees battled rainy weather in Buxton, England from June 28 to 30 to learn about the latest technologies being released for the quarrying, construction and recycling industries at Hillhead 2016. 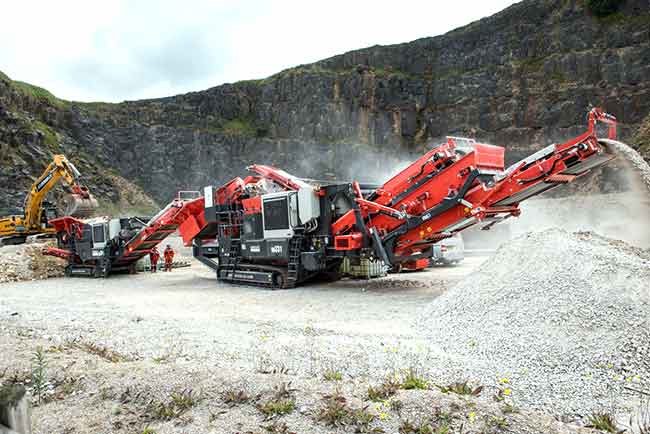 The Powerscreen Chieftain 2200 during a live demonstration at Hillhead 2016.

Check out the upcoming July/August issue of Rock to Road to read the full Hillhead 2016 show report.