January 26, 2017  By B.C. Ministry of Transportation and Infrastructure 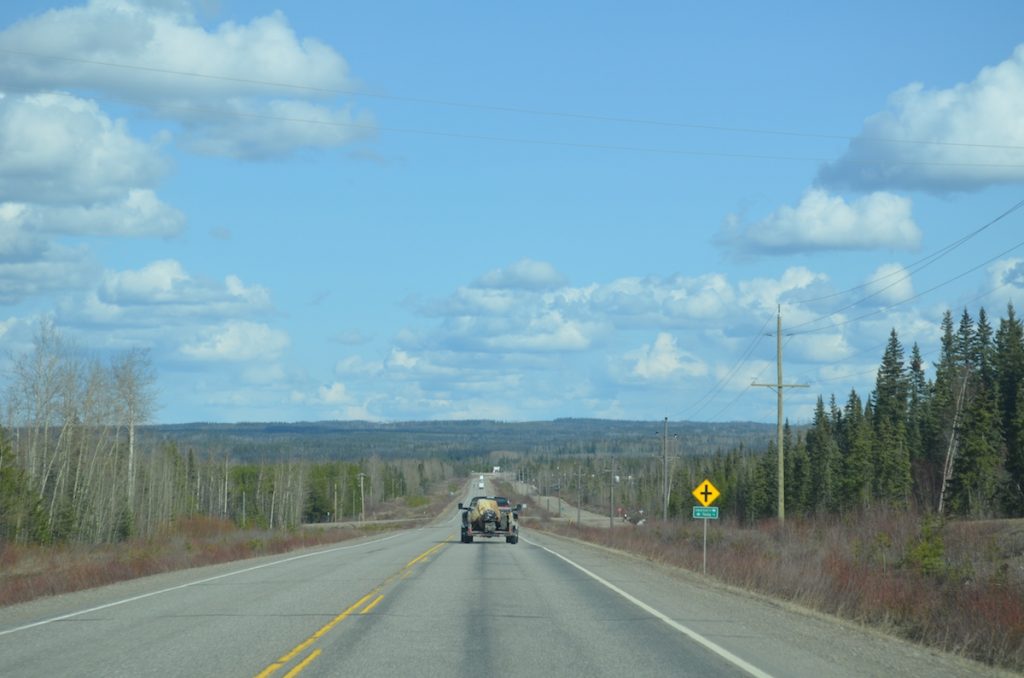 A stretch of Highway 16 between Prince George and Vanderhoof, B.C. Photo: Andrew Snook/Rock to Road

“Traffic on Highway 16 continues to grow, so it’s important to identify and address the transportation requirements for the safe and efficient movement of people and goods through Prince George for years to come,” said Bond. “This is a priority for the city as well, and we expect the study to be completed this spring.”

The comprehensive planning study, which began last fall, will provide recommendations for improvements to the Highway 16 corridor to access the growing western side of Prince George, including the College Heights neighbourhood from Highway 97 to the upcoming Bunce to Blackwater project four-laning project. The study will take into account traffic volumes and composition, traffic movements, and access with city side roads, in order to provide the appropriate conceptual options for the corridor.

“Well-planned highway infrastructure improves traffic flow and increases safety for motorists,” said Mike Morris, MLA for Prince George-Mackenzie. “I look forward to the results of this study improving highway access within our region.”

The study will also identify necessary upgrades to the municipal road network and the various highway intersections along Highway 16. The study will be completed this spring.

“Both the B.C. Government and the City of Prince George have recently been reviewing much-needed safety improvements along this vital corridor, which is important not just for our city and Northern B.C., but for the whole province,” said Lyn Hall, mayor of Prince George. “The City is pleased to partner with the Government of B.C. on this study, which will help to guide our continuing efforts to make travelling through and around Prince George safer for residents and visitors.”