News
Hatz honoured with an international award for engine technology 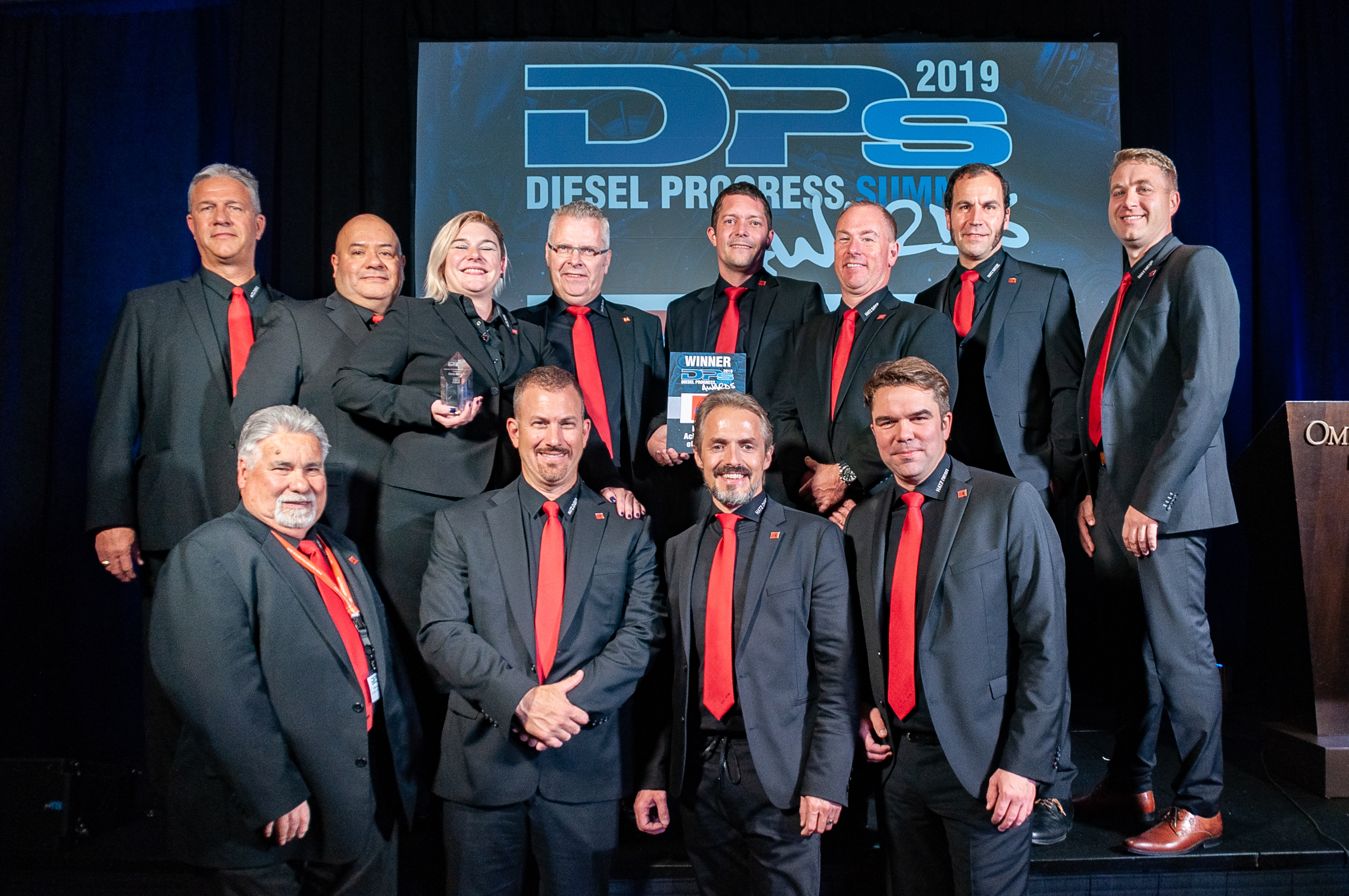 Oct. 3, 2019, Louisville, KY. – Engine manufacturer Hatz brought the Diesel Progress Award for Achievement of the Year 2019 in the area of drive systems to Lower Bavaria.

The company from Ruhstorf an der Rott, Southern Germany successfully won out against hundreds of applicants and three other finalists and was awarded the coveted prize at a festive gala on September 30 in Louisville, Kentucky. The decisive factor for the nomination was Hatz’s latest development, which not only drives small machines in a cleaner way, but also integrates them into the digital world for the first time.

For Bernd Krüper, Chief Executive Officer at Hatz, the prize is of major significance.

“The award is a distinction for all 1100 of Hatz’s employees. Over Hatz’s long and illustrious history, from development to production, the company has always been a technological pioneer. With E1 technology, we have once again achieved great things and created a next generation of technologically leading small diesel engines. The award we received today is a recognition of this,” says Krüper.

Leading technology from Bavaria
The awards honoured the most important individual developments in the field of drive systems for mobile machines and devices from 2018 and 2019. The spectrum of topics ranges from regulatory initiatives and new technologies to important approaches for the Internet of Things and telematics. Among hundreds of applicants for the industry trophy, Hatz was selected as one of a group of finalists and won with its new E1 technology.

E1 technology from Hatz makes the award possible
The decisive factor for Hatz’s application was its E1 technology, a quantum leap for light equipment that leads small machines and devices into the networked future. The Hatz E1 technology is the world’s first electronic control system for single-cylinder industrial diesel engines. The engine specialist thus bridges the gap between mechanically controlled engines and the requirements of modern, digitized companies.

What the Oscars are for the film industry, the Diesel Progress Awards are for their industry. “Dramatic changes in engine and drive technology are being driven by emissions regulations and advances in hybrid and electrification technology. Never before has there been a greater need for relevant major developments,” say the organizers as encouragement to the companies to continue to develop.

Award ceremony on the eve of the ICUEE trade fair
The Diesel Progress Awards were presented this year for the first time. The winners were selected by an independent jury of experts. The jurors were Jim Saunders, Business Development Manager of MurCal, Peter Scherm, General Manager of Euromot, Dr. Andrew Noble, Head of Commercial Vehicle and Off Highway Market Sector for Ricardo and Dr. John C. Wall, former Vice President and Chief Technology Officer of Cummins. The gala was part of the Diesel Progress Summit with the subsequent ICUEE trade fair. Hatz will also be represented with its own stand at North America’s largest exhibition for construction and municipal machinery, with visitors from 50 different countries and more than 1000 exhibitors.

“This is a summit meeting of the world’s major players in the engine industry. America is an important market for Hatz, particularly as sales markets worldwide become increasingly difficult,” says Bernd Krüper.