An update on the Southwest Calgary Ring Road project 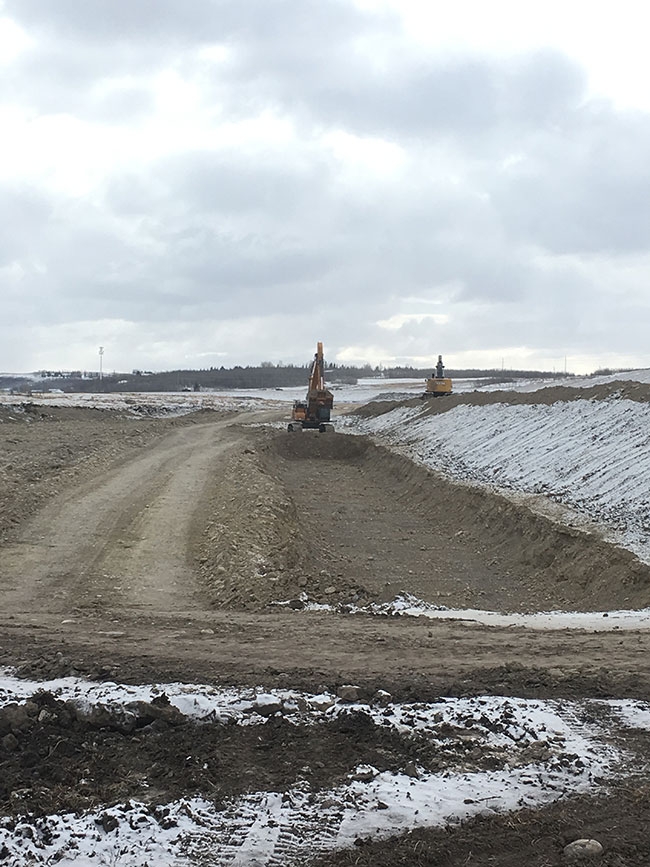 July 24, 2017 – While one ring road in Alberta recently cut the ribbon on completion, construction is rapidly gearing up for the first stages of another ring road project that will help transform the transportation landscape surrounding Calgary.

The Southwest Calgary Ring Road project has been in the works for years – and this spring signalled the start of major construction to bring that vision to reality. It is one of two remaining puzzle pieces needed to advance completion of the Calgary Ring Road, which dates back to the 1970s. The ring road will essentially provide a more efficient method of accessing roadways leading west to Banff, north to Edmonton, east to Medicine Hat, and south to Lethbridge – rather than navigating municipal roads.

The Southwest Calgary Ring Road will be built between Highway 8 (near Elbow Springs Golf Course) and Macleod Trail SE. The project includes reconstruction of Glenmore Trail between Sarcee Trail and east of 37 Street SW.

The numbers behind the Southwest Calgary Ring Road are impressive: it includes 31 kilometres of six- and eight-lane divided highway, 14 interchanges, one road flyover, one railway crossing (flyover), 47 bridges, one culvert set, one tunnel and three river crossings over the Elbow River and Fish Creek.

Initial construction work, as well as public information sessions, kicked off the project in fall 2016. Officials stated that construction got an early start this season, in preparation for an ambitious year, which sees a key jump in progress for the historic project.

Julie MacIsaac, public affairs officer for Alberta Transportation and the Government of Alberta, said that preliminary work is already being completed, such as tree clearing and gravel crushing. This past spring, the contractor began grading activities along various sections of the SWCRR corridor.

Alberta Transportation has signed an agreement with Mountain View Partners to design, build, partially finance and operate the SWCRR project. The design and construction has been contracted to KGL Constructors, a joint venture partnership between Kiewit, Graham and Ledcor.

The contract is worth $1.42 billion, to be paid over the 35-year term. According to a press release from Mountain View Partners, the province will fund 60 per cent of the capital construction cost which will be paid during the five-year construction phase. Mountain View Partners will finance the remaining 40 per cent over the three-decade operating period. In addition, through the 2014 New Building Canada Plan (National Infrastructure Component), the Government of Canada committed up to 25 per cent of eligible cost including design, construction, engineering, project management and utility relocations.

Up until now, MacIsaac said the contractor has been focused on finalizing designs and obtaining the necessary permits and approvals in order to commence construction this past spring. Indeed, the legwork needed to be construction-ready for the spring had been extensive.

Considering the alterations behind the transformative project, it’s no wonder. According to the SWCRR project website, there are major changes planned this season for all six segments of the southwest portion of the road. They range from bridge construction to utility relocations, and from preparations for realignment of the Elbow River and Fish Creek to road construction.

Last fall, the Alberta Minister of Transportation, Brian Mason, heralded the southwest project construction as an integral portion in the ring road journey towards providing a safe, modern highway network that will improve the commutes of Albertans while also supporting economic growth in the province.

The impetus for construction to start on the southwest portion of the ring road happened back in 2013 when an historic agreement was signed between the Alberta government and the Tsuu T’ina Nation. That document gave the Alberta government the lands required for the desired ring road route, in exchange for more than 2,000 hectares of land and more than $340 million. Once that transfer was finalized, it paved the way for a clause requiring that the southwest portion of the ring road be completed within the next seven years.

Fast-forward to this spring and the major construction push was on.

Starting this spring, road construction took place along the length of the project corridor, including earthworks, piling, interchange work and paving.

While the ring road will ultimately have positive effects for both travellers, as well as Calgary and surrounding areas, the interim increased construction means that minor traffic delays and speed reductions occur, alongside increased truck and equipment activity. MacIsaac also noted there will be the typical impacts to the travelling public that result from large-scale projects such as this.

“There will also be detours that the contractor will implement to stage construction activities along the way,” she said.

Looking at the big picture, the benefits of a completed ring road around the city are many.

“One of the primary benefits will be increased mobility for road users – for both local drivers and those travelling around the province,” MacIsaac noted. “Once complete, the ring road will reduce congestion and enhance the efficient movement of goods and people around Calgary, the province, Canada and to foreign ports,” she said. The southwest portion of the ring road is expected to be open to traffic in 2021. Once the entire Calgary Ring Road is complete, it will offer 101 km of free-flow traffic around Calgary. The last remaining western leg of the Calgary Ring Road is set to be completed by 2025.

As construction ramps up, the public is urged to use caution surrounding associated work sites – do not to enter the Transportation Utility Corridor. The entire corridor will be an active construction area, with heavy equipment carrying out earthworks, excavations, piling, bridge construction and other activities.

For more information on the project, or to keep an eye on its progress, visit www.swcrrproject.com.