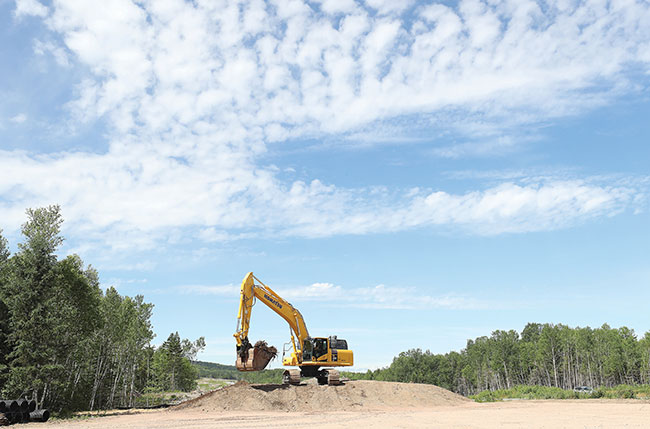 After the rocky and unstable economic year that 2020 brought us, it’s nice to see the dial starting to move in a more positive direction in 2021. There’s been are some major infrastructure announcements this year, which should help out some of the depressed COVID-19 stricken economies across the country.

In B.C., the announcement was made that construction will continue on the Site C hydroelectric dam despite ballooning costs and major construction delays. Premier John Horgan has been under serious political and public pressure to cancel the project for some time now. The heat recently got turned up further when the estimated cost of the massive hydroelectric dam spike to a whopping $16 billion.

If the additional $5-billion-plus spike in estimated costs compared to 2018 projections wasn’t bad enough, the project also has at a one-year completion delay due to geotechnical issues (anyone else recall when the Premier begrudgingly accepted the project when he took office in 2017 to avoid $4 billion in lost taxpayer dollars?) But, despite many politicians demanding the project be shut down, Premier Horgan has refused to cancel the project.

And who could blame him at this point? No leader is interested in throwing away $10 billion in taxpayer money, which is what has already been invested in the construction of the Site C Dam at this point.

Now, add the lost employment related to the project into the equation. It has been estimated that cancelling the project at this point would mean 4,500 people losing their jobs during a global pandemic. Don’t get me wrong, this project is going to need a serious audit at the end of the day to see how costs got so out of control. But at this point, I agree with the Premier’s decision. You can’t lay off thousands of people in the midst of a global pandemic that has already hammered employment levels.

Going ahead with the construction of the Site C hydroelectric dam will certainly affect the NDP’s popularity in the next election, but cancelling the project at this point would be political suicide. Simply put: they’ve gone too far to quit now.

On the other side of the country, Nova Scotia is about to embark on one of the largest infrastructure projects in the province’s history: the twinning of Highway 104. Although the $718-million price tag may seem small compared to the massive costs of the Site C dam, make no mistake, for a province the size of Nova Scotia, this is a big investment. And this decision has taken many years to come to a reality.

The twinning of Highway 104 had been in discussion in the province for decades before the project came to fruition. I can recall residents calling for the twinning of this highway when I lived in the Annapolis Valley back in 2003 to 2005. This highway has been the scene for some grizzly and fatal accidents over the years, which is why residents have been calling for something to be done for such a long time.

Since 2009, there have been 391 collisions and 19 fatalities on the untwinned portion of the highway (for more details on the project, check out our cover story). The P3 project includes a 20- year contract for maintaining the highway, which means regular long-term work for people in a province that too often struggles to produce good-paying jobs.

Safer roads and good-paying jobs. Sounds like a win-win to me.

And these are just two examples of major infrastructure projects helping stimulate Canada’s economy. There’s plenty more underway and announced. Hopefully, the federal and provincial governments will continue to invest in infrastructure as a form of economic stimulant to help us get to the finish line of the COVID-19 pandemic.

Andrew Snook is the editor of Rock to Road magazine.