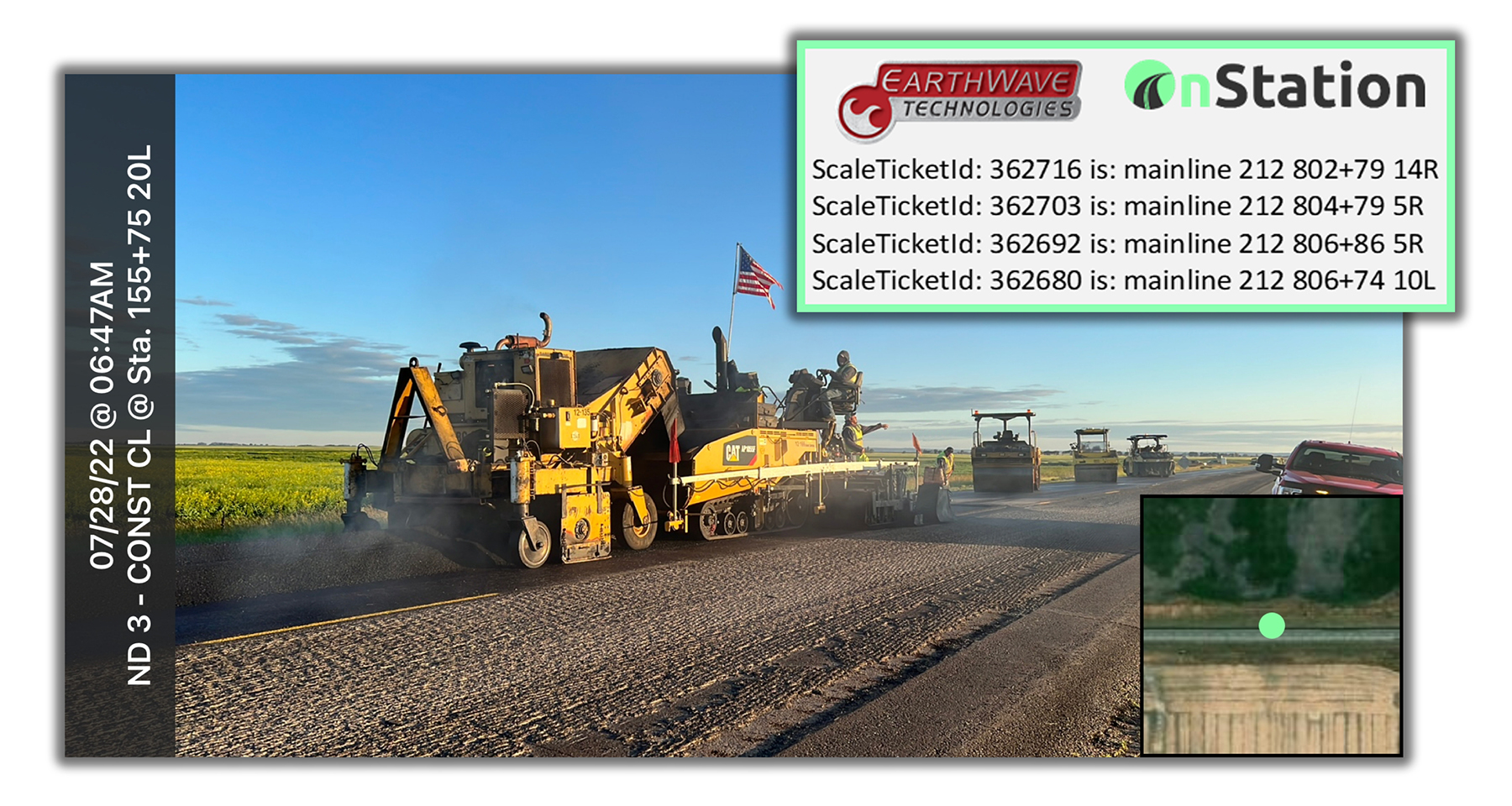 Earthwave has integrated their e-ticketing functionality with OnStation to allow users to pinpoint the exact Station Location where each load of asphalt is placed on a jobsite.

This new functionality automatically tracks the load from the time it is loaded at the asphalt plant, through its dumping into the paver on the jobsite.  The exact Station location becomes a part of the digital e-ticket, with no operator intervention required.

Operators and transportation agency officials can know precisely on a jobsite where a specific load of asphalt was laid, so that if a future problem arises, they can investigate other parameters around that location, including core tests, density, drainage, or others, to determine the scope of the problem.  Specific station locations on each e-ticket replace the latitude/longitude indications which are commonly included now, but which are not readily referenceable on the jobsite.

This versatile functionality is also applicable for loads of aggregate or other materials commonly used on road construction jobsites.  Because it is automatically added to the e-ticket, the information is readily available to DOT and construction crew personnel, whether they reference it in a week or a year.

When a FleetWatcher equipped truck enters a jobsite geozone, the vehicles latitude/longitude is sent to OnStation.  After verifying that it is part of the project, OnStation return the station, alignment, and offset where the load is deposited, which then becomes part of the e-ticket.  The e-ticket then flows normally though to the DOT and construction crew personnel.  The process occurs automatically and replaces manual tracking systems which are often inaccurate, and unreliable.

Additionally, this Stationing information about each load is maintained in Fleetwatcher indefinitely for future use.