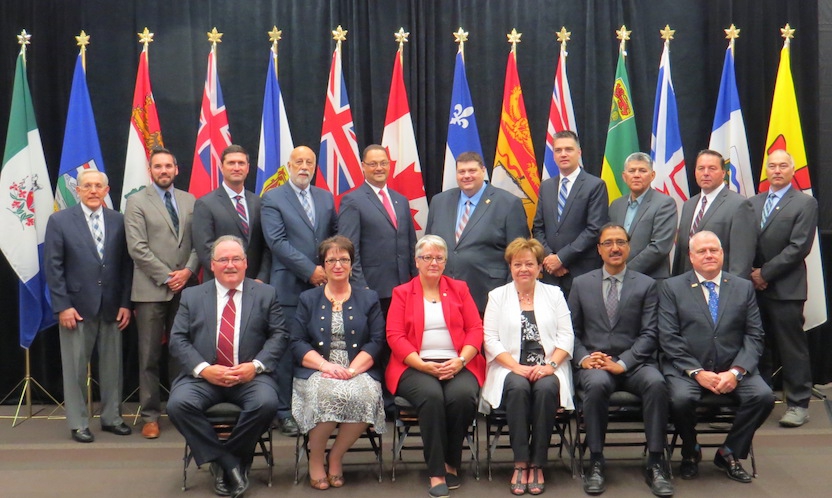 The purpose of the meeting was to discuss infrastructure priorities across the country as the federal government designs Phase 2 of Investing in Canada, its $120-billion infrastructure plan. This plan, and the investments made at all orders of government, will stimulate the economy and create jobs, while building strong, inclusive and sustainable communities for generations to come.

During today’s meeting, Minister Sohi praised the strong partnerships that have been essential to delivering Phase 1 of Investing in Canada and discussed how to build on that success to design Phase 2. Under the bilateral agreements for Canada’s Provinces and Territories, $5.4 billion of federal funding is available through Phase 1. So far, over 660 projects have been approved across the country to ensure Canadians have safe water to drink, wastewater systems they can rely on, and high-quality public transit systems that get them to work on time and back home safely at the end of a long day.

“Investing in infrastructure is vital to create growth for the middle class now while building a strong foundation for a sustainable economic future,” Sohi said. “Today’s meeting was another step in our relationship-building with our infrastructure partners across the country, part of the Government of Canada’s commitment to re-engage with provincial, territorial and municipal governments. Each region has unique challenges and opportunities, and it is only in working in partnership that we will be successful in creating strategic, lasting infrastructure that will help build the Canada of the 21st century.”

Representatives from the Federation of Canadian Municipalities also attended a portion of the meeting, discussing how to deliver results for Canadian communities, as municipal governments are key partners in the delivery of infrastructure that Canadians need. With this input, Ministers examined how best to connect municipal priorities of both urban centres and rural communities to provincial, territorial and national outcomes.

All ministers shared their views on infrastructure investment approaches and the best mechanisms to deliver projects in their jurisdictions, and highlighted their public transit, green and social infrastructure needs.

Participants agreed that the federal government should begin Phase 2 of their infrastructure plan as soon as possible, with funding flowing quickly to revitalize the economy and boost employment across the country. Provincial and Territorial Ministers identified that Phase 2 funding should support existing provincial and territorial priorities, be predictable, flexible and contain a fair allocation model and simple administrative processes.

“Our government’s historic investments in infrastructure are creating good jobs, supporting families, and putting Alberta’s economy on track to emerge from the current downturn stronger than ever,” Mason said. “We are pleased the federal government has also made investing in infrastructure a priority. At this meeting we have established a strong consensus that federal funding must be predictable and flexible to ensure it’s aligned with the priorities and budgets of each province and territory.”