May 3, 2017  By Atlantic Canada Opportunities Agency 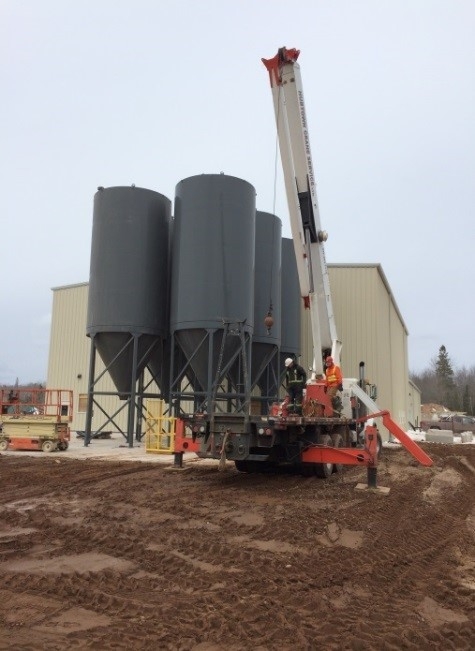 May 3, 2017 – International and domestic wholesalers and retailers of construction materials are making more demands on manufacturers. That is why the Government of Canada is providing a $1,500,000 repayable contribution to the Shaw Group Limited to modernize its Nova Scotia Sand and Gravel packaging operation. This project provides support for a large, rural-based manufacturing company looking to modernize its operations in Nova Scotia.

“The Shaw Group is proud of the team at Shaw Resources for recognizing the need to become more globally competitive and to provide even wider solutions to our customers,” said Dean Robertson, president and CEO of The Shaw Group Limited. “This modern manufacturing facility will provide a new foundation to help The Shaw Group grow into the future.  We recognize the importance of continued investment in our Atlantic Canada region and are so pleased ACOA could assist us with this important project in rural Nova Scotia.”

Building on the Government’s investment of $1.5 billion over the next five years to strengthen innovation capacity in every region of the country, these modernizations will allow this local manufacturer and exporter to achieve a more efficient and competitive production of goods.

The support was announced today by Scott Brison, president of the Treasury Board and MP for Kings-Hants, on behalf of the Honourable Navdeep Bains, Minister of Innovation, Science and Economic Development and Minister responsible for ACOA. Funding is provided through the Atlantic Canada Opportunities Agency’s Business Development Program (BDP).

“The Shaw Group is a major company in the Atlantic Region that provides significant economic benefit,” said Scott Brison, president of the Treasury Board and Member of Parliament for Kings-Hants. “The Government of Canada is pleased to support them as they modernize their facilities to better respond to the growing international appetite for Canadian products.”

“Innovation is about transforming and modernizing to meet the needs of an ever-changing business landscape. The Government of Canada is committed to investing in revitalization projects that will position Atlantic Canadian companies such as The Shaw Group, to compete on a global scale. This investment is exactly what our Atlantic Growth Strategy is all about,” stated Navdeep Bains, Minister of Science, Innovation and Economic Development and Minister responsible for the Atlantic Canada Opportunities Agency.

The Shaw Group Limited was founded in 1861 as a brickyard in Hantsport, N.S. Since then, it has become a major natural resources manufacturer in the Atlantic Provinces that focuses on products for the construction industry. The Shaw Group produces close to 1,000 individual products in 12 facilities across the Maritimes that can be found in most building supply dealer and box store chains throughout Atlantic Canada. While the company is proud to call its core marketplace Atlantic Canada, The Shaw Group also exports its products globally to regions such as the United States of America, the United Kingdom, the Caribbean and beyond.  In addition to its manufacturing business divisions, The Shaw Group, through its subsidiary, Clayton Developments, is also a leading land developer in the region with successful communities all across Atlantic Canada.