September 30, 2018By Government of Canada 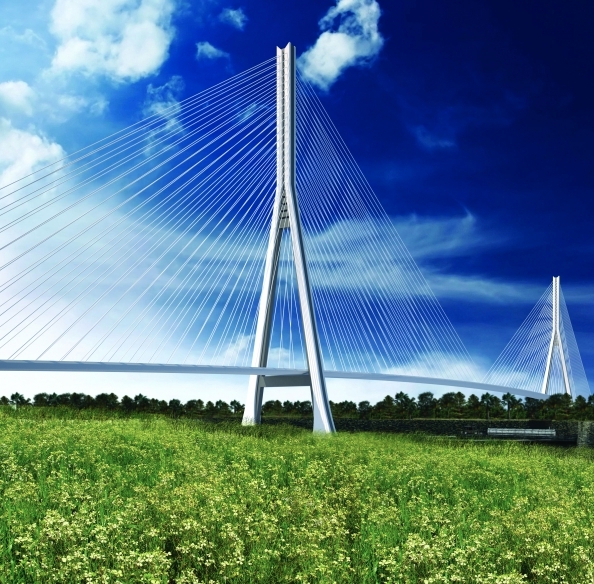 The Government of Canada is making investments that will help create good middle-class jobs, promote trade and productivity, and grow the economy. The Gordie Howe International Bridge will ensure people and goods move safely and smoothly between Canada and the U.S., facilitating economic activity, growth, and prosperity on both sides of the border.

WDBA’s announcement means the procurement process on the Gordie Howe International Bridge project is complete, and full construction can officially begin on one of Canada’s top infrastructure priorities.

The Gordie Howe International Bridge is a key enabler for the Windsor-Detroit trade corridor, supporting hundreds of thousands of high-skilled, good quality jobs for Southern Ontario and Michigan residents. The project will provide direct highway-to-highway connectivity, and technologically advanced ports of entry to support significant commercial traffic and travellers between Canada and the U.S. for generations to come.

The contract announced today between WDBA and Bridging North America is for $5.7 billion, and covers the design and construction of the project, financing costs, as well as a subsequent 30-year operation and maintenance period. Advance construction on the U.S. side of the project, as well as preparatory work on the Canadian side have already begun and the bridge is expected to be operational by the end of 2024. In addition to the contract value announced today, Canada has invested $559 million from 2006 to March 31, 2018 to get the project to this milestone where full construction can begin.

“2018 has been a year of significant milestones for the Gordie Howe International Bridge. While each one so far for this project has been progressively important, today’s announcement is pivotal to the construction start of the bridge,” Champagne said. “The Government of Canada is 100 per cent committed to the Gordie Howe International Bridge. We are looking forward to the full construction start of this monumental infrastructure project which will play a vital role in supporting the economies of Canada and the U.S., and create opportunities for residents and businesses alike.”

• The Gordie Howe International Bridge project includes the construction of:
◦ A six-lane, cable-stayed design bridge of 853 m (0.53 miles) and a total length of approximately 2.5 km (1.5 miles);
◦ Canadian and U.S. ports of entry including approach bridges, border inspection plazas and tolling operations on the Canadian side; and,
◦ A Michigan interchange connecting Interstate 75 to the U.S. port of entry.

• The Government of Canada’s overall investment for this project of $559 million from 2006 until March 31, 2018 will be included in WDBA’s 2017-2018 Annual Report, published this fall. These costs include environmental assessment work, advance construction contracts on both the Canadian and U.S. side, land acquisition, utilities relocation as well as ongoing operations of WDBA. This figure will be updated yearly and confirmed by the Auditor General of Canada in successive annual reports.

• The Gordie Howe International Bridge project brings opportunities in the form of jobs and contracts for local workers, service providers, and material manufacturers and distributors in both Canada and the U.S.

• In 2017 over CAD$173 billion (US$133 billion) in bilateral trade passed through the Windsor-Detroit trade corridor, which is 23 per cent of the overall Canada-U.S. trade.