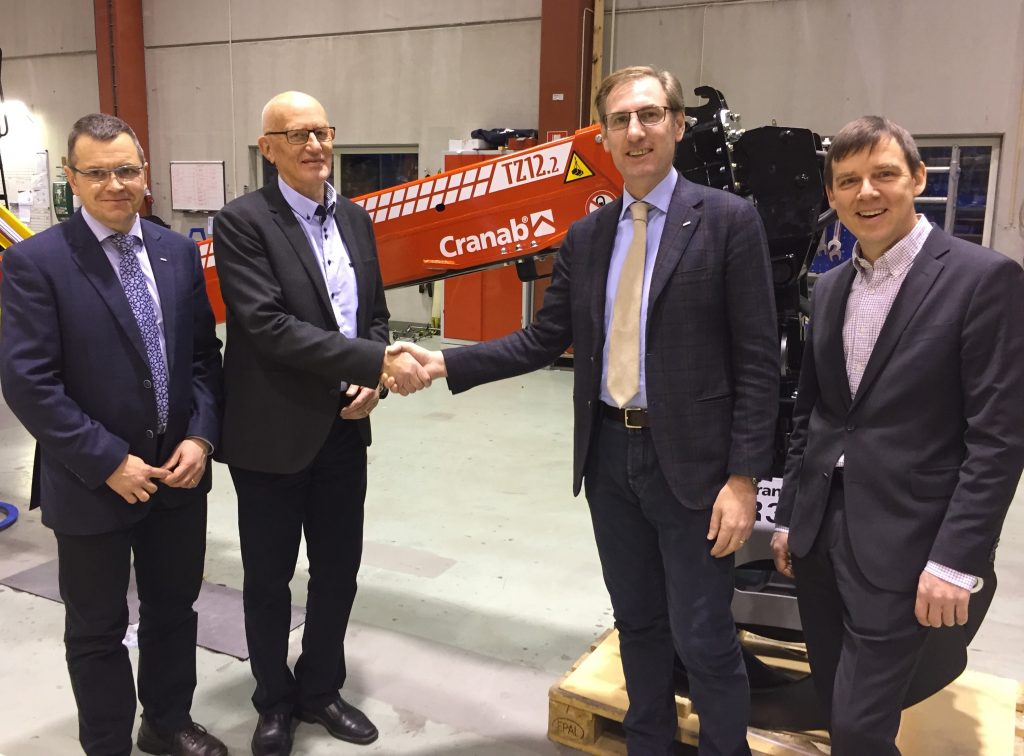 November 28, 2017 – Italian crane manufacturer Fassi has acquired 100 per cent ownership of Cranab. Fassi acquired part-ownership of Cranab in 2013 and has since then increased its ownership in the company, step by step. Fassi is the full owner of the Cranab Group, which consists of the companies Cranab, Vimek and Bracke Forest.

“Our ambition is to develop Cranab to become a crane supplier with a wider product range, in which truck-mounted timber and recycling cranes become new products,” says Giovanni Fassi, CEO of the Fassi Group. “The continuous development of off-road cranes for forest machines will further improve Cranab´s already strong position. With Slagkraft, Vimek and Bracke Forest we will fulfil the ambitious development plans we already have.”

Hans Eliasson leaves his position as chairman of the Cranab Group to Giovanni Fassi.

“I have had a long and exciting journey with Cranab over the last 45 years,” Eliasson said. “My definite opinion is that Cranab will have great opportunities in the future under Fassi ownership. Fassi´s ambitions are that Cranab will develop, produce and sell cranes that support and complement Fassi’s successful existing product range of cranes for cargo handling.”

Fassi is headquartered in Bergamo in northern Italy. The company started by installing cranes onto trucks and as an importer of Foco cranes from northern Sweden in early 1960s. The company is owned by the Fassi family and today has a strong position in the global market for truck loader cranes.

“In Fassi, Cranab are getting a long-term industrial owner with a focused leadership and a solid knowledge of the crane market,” says Anders Strömgren, CEO for the Cranab Group. “The most important synergies are that Cranab has products which complement those that Fassi already has, and that Fassi has a well-developed global dealership network through which our products can be distributed.”