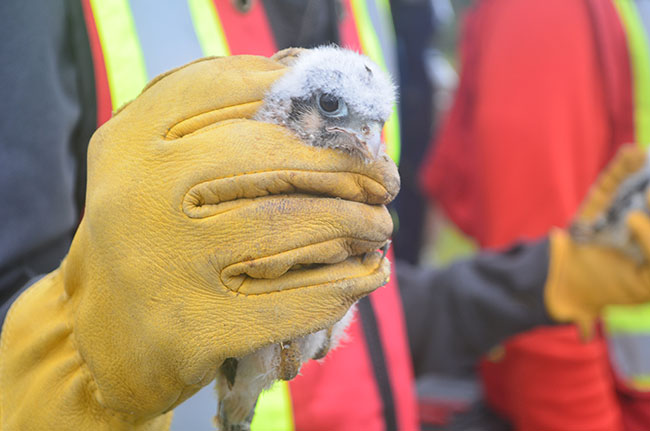 Canada is a country rich in natural resources. From our lush forests, fisheries, aggregates and mining sectors and oil and gas operations, Canada, in many ways, is a resource-driven economy. That said, harvesting those resources isn’t always popular with the public. This is particularly true in the aggregates sector. The combination of very active, and often misinformed, NIMBY groups, and a small number of irresponsible producers have painted a negative public perception of the entire industry.

Industry associations have launched campaigns to better educate and inform the public on the need for aggregates for the creation and maintenance of our infrastructure – as well as a variety of other needs for our everyday lives – but quite often the biggest hurdles to battling the negative press that the sector has to overcome are coming from the industry itself; in the form of silence. There are many success stories to tell across the country about progressive rehabilitations of sand and gravel pits and quarries, and many other progressive environmental practices taking place around the country, but often progressive producers don’t take these opportunities to let their surrounding communities know of the good work that is taking place.

If you’re a producer reading this article wondering what value truly comes out of these types of progressive environmental practices, just keep reading. Or better yet, pick up the phone and call a member of Lafarge Canada.

Lafarge Canada has been very active in finding ways to make its production facilities across the country more sustainable, environmentally friendly operations. And when the company successfully runs these programs, it makes sure to let the public know all about them. From retrofitting its production plants to reduce their carbon footprints, to its award-winning well monitoring programs at its aggregates production sites, Lafarge Canada has been actively promoting its good work through public education outreach initiatives. One of the best examples of these initiatives can be found at the company’s
Berrymoor pit along the bank of the North Saskatchewan River near Tomahawk, Alta., where Lafarge Canada has been working to monitor the local kestrel and owl populations.

Chuck Priestley, principal of STRIX Ecological Consulting in Tofield, Alta. has been working alongside Lafarge Canada running the biodiversity program since 2009.

“The springboard for the program was a pair of nesting bald eagles that set up at the site,” Priestley says. “It was an employee-driven thing, they valued the presence of the eagles.”

The same pair of bald eagles have been returning every year to the Berrymoor pit where they rear two to three young each year.

The program started with the monitoring of the eagles and eventually evolved into looking at the other kinds of birds of prey that live around the Berrymoor site.

“We grew that into some habitat enhancement work, building nest boxes for owls and kestrels,” Priestley says. “In our comings and goings out of the pit, we recognized quickly that it’s a corridor of movement for Saw-Whet owls, and fantastic nesting area place for kestrels… they were often observed hunting from powerlines, along the gravel roads.”

The Saw-Whet owl monitoring program at the Berrymoor Pit has been going for 10 years now.

To monitor the local kestrel population, a program now in its third year, the company set up 24 nesting boxes around the site. In a typical year, about half of the nest boxes are occupied.

“One of the goals is the long-term monitoring of the initial occupancy of the kestrel nest boxes, and if that’s changing over time,” Priestley says. “This year we started with 14 of the 24 boxes occupied and half failed… 2019 was poor with excess rain, cooler than normal temperatures, and not as much food available, but 2018 was much drier and warmer and a bumper year for kestrels. That’s just one of those things that naturally happens for kestrels.”

On average, about 50 baby kestrels will hatch from the next boxes each year. So why monitor kestrels?

“Across North America with repeated sampling year after year, people are seeing fewer kestrels,” Priestley says. “So there are whole continent-wide programs going on to monitor, on a more fine scale, localized areas like the one that we’re studying where we have our nest boxes.”

These types of long-term programs allow for the collection of significant data to help explain why these populations are on the decline.

“Is it something to do with prey availability? It could have something to do with changing climate and when the kestrels are there and need access to food – and the timing of when they’re there and need the food could be offset in terms of when the grasshoppers emerge,” Priestley says. “One of the neat things about the program here is that we’re able to contribute to those continent-wide efforts.”

To monitor the local kestrel population, a program now in its third year, the company set up 24 nesting boxes around the site. In a typical year, about half of the nest boxes are occupied.

Chuck Priestley bands one of the baby kestrels born this year at the nesting boxes around Lafarge Canada’s Berrymoor pit near Tomahawk, Alta.

These types of long-term programs allow for the collection of significant data to help explain why these populations are on the decline.

One way the program has contributed to the continent-wide efforts has been through the use of cameras at the nesting boxes.

Priestley has collected data from hundreds of hours of recordings to observe the kestrels’ provisioning rates.

“How often adults come in and feed their young. We’re looking at prey use – how did it break down in terms of grasshoppers versus small animals, versus birds and amphibians. It’s quite a varied diet, but we’re starting to quantify what that looks like in our area to give us a snapshot of what they eat,” Priestley explains. “And once we overlay the year-to-year information we collect over time, we’ll be able to assess, in a really good year, they’re eating a lot of this type of food, but in the year that just happened – 2019, when they didn’t do very well – maybe the prey base was different than during a more productive year. So we’ll be able to piece out that information, and then at the end of the day publish that information and share it; so that beyond our group there can be more groups learning about what’s going on with kestrels.”

Many raptor studies focus on prey use because it is a main driver of many of their populations, even more so than habitat.

“Habitat is still important, don’t get me wrong, but prey use is one of the main early drivers of population, whether they’re expanding or contracting. Prey use is really the bottom line for many raptors and raptor studies,” Priestley says.

In addition to the kestrel-monitoring program, Priestley’s team has monitored the local owl population every year for the last 10 years, and Lafarge invites the public to participate in the annual Saw-Whet owl banding at the Berrymoor pit.

What has been interesting, is that owls initially banded at the Lafarge Berrymoor pit are starting to be recaptured by biologists at other locations.

Also, at the Berrymoor pit, owls from other locals have been re-appearing, providing an insight into their movements and life cycle. In 2018, one Saw-Whet owl captured at the Berrymoor site was previously banded three years earlier, about six hundred kilometres away in Prince Albert, Saskatchewan.

Community engagement
One of the added benefits of the kestrel and owl-monitoring programs is that it is a great way to engage the community and educate them about the work that Lafarge Canada is doing to protect local wildlife.

“It’s the perfect species in so many ways,” Priestley says. “One of the ways is the association they have with pastures and the local ranchers in the area, and the work they’ve done in managing their land. Seeing the kestrels there demonstrates to the ranchers that the conservation work they’ve done is effective, because it’s an indication that it’s a productive landscape; not just for the cattle but also for some wild species, like kestrels.”

Another positive outcome from the owl and kestrel-monitoring programs have been their increasing popularity within the local communities and schools.

Lafarge Canada has been hosting tours of the kestrel nesting boxes and the owl monitoring program for the general public for a few years now, and every year the tours have seen increasing attendance.

The company’s owl monitoring event, hosted in October, attracted 180 people from the local communities this year. Thirty people attended the July public tour of the nest boxes and the tagging of the baby kestrels.

“We have a lot of buy-in from our management for these programs, and they are very supportive of what we are trying to do,” says Bill Gowdy, Lafarge Canada’s environment and public affairs manager for northern Alberta.

Priestley says one of the most interesting things about his work with Lafarge Canada is that his team is monitoring the local kestrel and owl populations while production is ongoing at the Berrymoor site.

“The main goal is to maintain habitat,” he says. “We all use gravel, we use it all the time. Let’s extract it and make sure wildlife is considered while we’re operating in that area.”

Unlike some companies that preach the desire to have sustainable operations but offer very little in terms of tangible results, Priestley says biodiversity programs like Lafarge Canada’s offer the communities they operate within results they can see.

All of the monitoring information collected over the years, supports that development and wildlife can coexist.

“We can actually demonstrate what we’ve done,” Priestley says. “There are some tangibles here we can show and point to… we’re not just coming into your community and saying we’re going to be stewards of the environment; and we’re going to care about the wildlife in the area. Look at the sites we’ve worked in and what we’ve been able to accomplish.”

Priestley says that inviting local residents to come out and see the sites firsthand and interact with Lafarge Canada’s senior management speaks volumes for the way the company conducts itself.

“We had 180 people from the local community and area stakeholders from many sectors come including: local councillors, people from schools, regulatory bodies, Junior Forest Wardens, watershed groups: everybody is welcome to come to get the message out as widely as possible,” he says. “Senior management is there, and at any point, anybody can ask any question they want. Challenge us on how we’re conducting ourselves, or our impact on the environment’s wildlife, or water, or whatever your concern might be. It’s open for that.”

That transparency and willingness to engage in the community in this type of format is not something every company would be comfortable with doing, but Priestley says it pays dividends in terms of generating trust and positive public relations.

“There’s a competitive edge that having these types of programs can give you,” he says. “The community receives more value from this activity, that’s the edge. But beyond that, I think the whole industry can benefit when individual companies or people start doing these kinds of things. I think it maybe reframes how people perceive the gravel industry as a whole. I’d love to see more of that.”