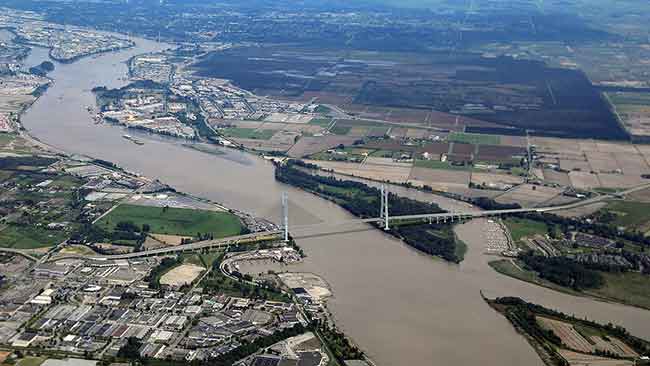 Projects like the George Massey Tunnel Replacement Project have become a necessity in B.C. to alleviate traffic bottlenecks.

Massive infrastructure projects have all too often become the victims of changing political winds. Over the years, many major projects across Canada has been started up with massive investments of taxpayer dollars only to have them scrapped part-way through the process, leaving us with big bills to pay and no project to show for it.

While living in Ottawa nearly a decade ago, I often heard rants from lifetime residents about how the city threw away millions of dollars on a scrapped light rail system. In 2006, former Mayor Bob Chiarelli had planned for a north-south light rail system to be built. But after he lost the municipal election to Larry O’Brien, the new mayor scrapped the plans for the light rail project. The city was soon after sued by Siemens Canada, PCL Constructors and Ottawa LRT Corp. for $177 million. The case ended up being settled at a cost of $36.7 million. Years later under Mayor Jim Watson, a new light rail project ended up getting green lit, and in 2019, Ottawa celebrated the construction of a new light rail system. I can’t help but wonder how much more this new light rail system cost taxpayers due to the fact it was built more than a decade after the original plan was scrapped.

I see a similar situation rearing its ugly head in the form of the replacement of the George Massey Tunnel in B.C.

The tunnel, which joins the cities of Richmond and Delta, was originally built in 1959 and has been scheduled for replacement for many years. But due to the changing political winds in the province, it is nowhere close to being replaced.

Back in 2013, former B.C. Liberals Premier Christy Clark had planned to replace the tunnel with a new bridge with construction starting in 2017. The project received its environmental assessment approval in 2017 and the preliminary work went out to tender that year. But after the Liberals were voted out that fall, the NDP scrapped the project and chose to do entirely new assessments. In 2019, the decision was made to replace the aging tunnel with a new eight-lane tunnel.

But, not so fast. The province is holding an election at the end of October, and BC Liberals leader Andrew Wilkinson has pledged to scrap the construction of the new tunnel and replace it with a 10-lane bridge, if elected. Anyone else feel like you’re watching people running in circles going nowhere fast? B.C. commuters, you have my sympathy.