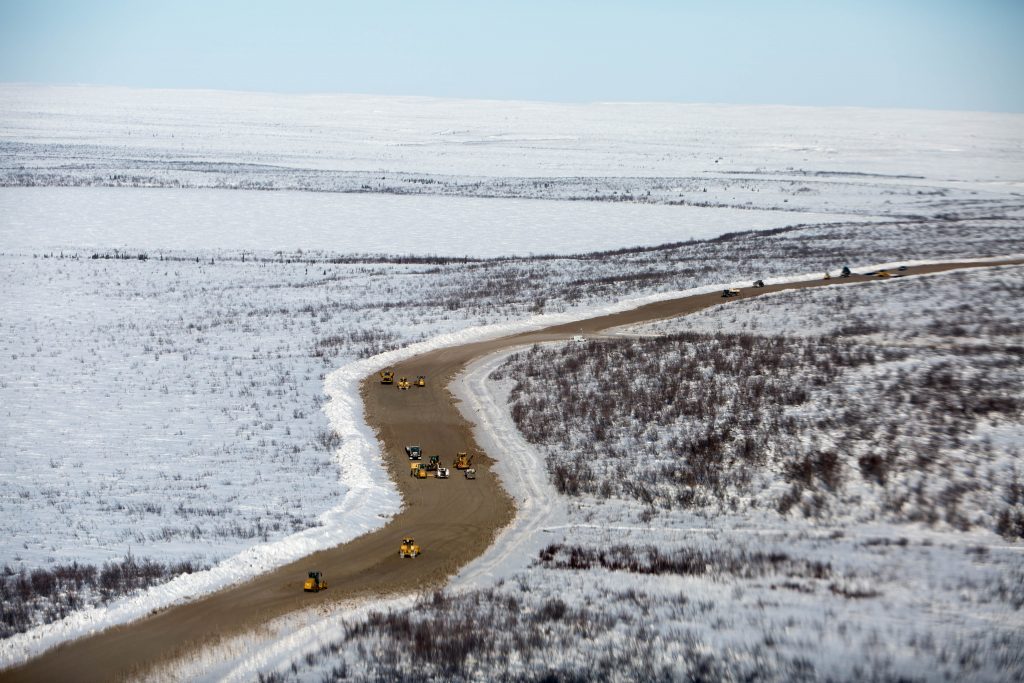 November 27, 2017 – It’s taken about half a century, but the multi-generational goal of connecting several remote communities in the Northwest Territories has now become a reality.

On Nov. 15, 2017, residents from surrounding communities, members of the media and political figureheads came together to celebrate the official opening of the Inuvik-Tuktoyaktuk Highway (ITH). The ITH spans 138 kilometres within the Inuvialuit Settlement Region and is comprised of three parts: the Tuktoyaktuk to Source 177 Access Road, Navy Road in the Town of Inuvik, and the 120-kilometres of recently constructed highway that connects them.

The project – a partnership between the Government of the Northwest Territories (GNWT), Government of Canada and the Inuvialuit Land Administration (ILA) – took about four years to complete.

Building this road is a feat all parties involved should be proud of. Let’s face it, completing a project of this size in an area this remote isn’t easy. And it’s not just the challenging supply lines I’m referring to; there were also a ton of environmental challenges that needed to be overcome. Building this road meant managing a wide variety of environmental regulatory commitments ranging from wildlife management, flora and fauna, and protecting the permafrost.

Although the completion of the ITH is definitely reason for all parties involved to give themselves a pat on the back, the value it will bring the people living in the surrounding communities is the biggest reason they should hold their heads up high.

In addition to new jobs, many people in these communities came out from their time working on the project with newly developed skills they can now use in their pursuit of employment opportunities across the region. This is particularly vital for young people looking to kick-start their careers in an area not known for its employment opportunities. Local residents were able to take advantage of training for a variety of positions including: Class 1 and 3 drivers and heavy equipment operators, administrative staff, welders and equipment maintenance staff. There was also an 11-week workplace readiness program designed to help prepare young Aboriginal people for their first jobs.

Local residents that were not involved in the ITH’s construction also stand to benefit from the project. The new highway’s replacement of temporary ice roads is expected to improve unreliable supply chains; lower costs of goods and services for nearby residents and improve access to employment opportunities, social, recreational and medical services. Tourism is also expected to experience a significant boost due to the new highway, further stimulating the N.W.T.’s economy, creating much-needed employment.

No matter how you slice it, the construction of the ITH will be of great benefit to local residents and the N.W.T. as a whole. Hopefully the successes surrounding this project will help the territorial government’s push for further funding to fuel additional infrastructure-related projects across a region with one of the worst infrastructure deficits in the country.

One down, many to go.