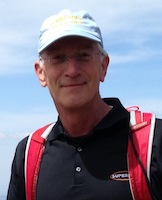 April 23, 2015 – Superior Industries, Inc. announced the hire of 36-year aggregate industry veteran Doug Lambert. In March, Lambert was appointed to a role as a sales and application engineer in the manufacturer’s new construction management division. Mr. Lambert will continue to make his home in Tennessee.

Lambert comes to Superior after spending the last eight years as a regional sales manager for Terex Minerals Processing Systems. His roots in the construction aggregate industry are deep. Lambert’s grandfather founded Lambert Brothers Crushed Stone, which merged with Vulcan Materials Company in the late 1950’s. Lambert himself joined Vulcan in 1980 and during the next couple decades spent time in several roles including positions in quality, sales and plant management.

At Superior, Mr. Lambert will work alongside Jason Adams in the company’s new construction management division. His vast industry experience will be an asset to Superior’s customers as Lambert’s chief role is to recommend and confirm equipment for design-build projects and applications.