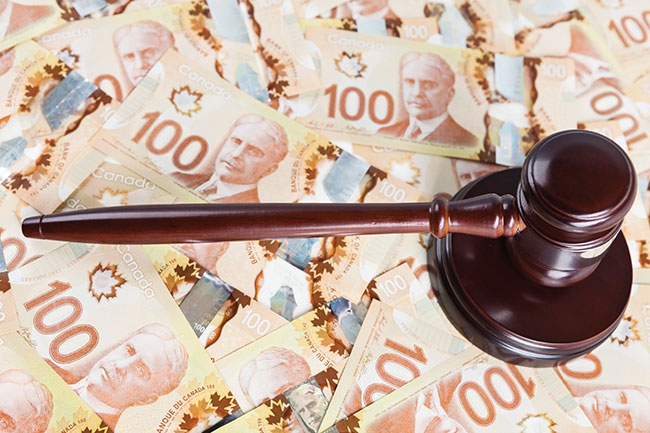 Workers expect to come home safely from their jobs. What happens when they don’t? How does society move forward from workplace fatalities? Are fines enough? Are any lessons learned when a company is convicted, pays a fine and carries on with its work in silence?

The Alberta Occupational Health and Safety Act has provided a means of alternative sentencing for over 15 years. Historically this meant that, as opposed to a straight fine where funds are directed to general revenue, funds can be diverted towards improving health and safety at worksites through an OHS 41.1 Order instead. OHS is regulatory law that is public welfare law.

For many years, employers and workers have been convicted under the OHS legislation. The question has been: What are we achieving from straight fines and are we achieving the intended outcomes from the creative sentences ordered? For corporations, denunciation and deterrence from repeating the offense are the guiding principles for sentencing. The missing link has been the restorative aspect of it. Workers benefit from safer workplaces – society has comfort in knowing there are laws to protect their children, brothers, sisters, mothers and fathers. These workers need jobs in safe and fair work environments.

In 2014, Alberta Justice reorganized the Specialized Prosecution Unit. Karen Hewitt, QC, a seasoned homicide crown prosecutor who had some past experience with OHS, joined the Specialized Prosecutions – OHS Regulatory Unit for a two-year secondment. Susan McRory, a retired Alberta Environmental Crown Prosecutor, now with McRory Law, joined forces to examine the Alberta OHS sentencing regime. After all these years, a historic case, R vs General Scrap Iron Metal Ltd., 2003, was re-examined. Here, Judge Watson invited the courts to consider a creative means to sentence corporations. Corporations have the ability to affect major change in culture through knowledge, improving safety and giving back to society as a whole. Justice Watson recognized the potential to affect positive change and the need for sentencing to have a restorative aspect for the convicted and it was identified that this could be accomplished through alternatives also referred to as creative sentencing.

Alternative sentencing is an opportunity to right the wrong, cure the cause and “remove the blemish.”

Adele Tait with Alberta Labour was designated as the investigation specialist and part of the role is to work with Alberta Justice to research and oversee creative/alternative sentence orders. OHS has the regulatory expertise to identify what was the cause, how the legislation was applied and the lack of due diligence that resulted in a conviction. In their collective pursuit of constructing meaningful sentences, the team of Hewitt, McRory and Tait assembled. The courts were open to explore this approach to sentencing corporations, “Ms. Hewitt, you are pushing on an open door (R vs CNIL Roofing 2008 Ltd., 2014).”

In 2015, the first case involving the aggregate industry resulted after a worker was injured in an asphalt hopper while an operator inadvertently dumped material on the worker who was inside trying to remove a jam. Hewitt engaged OHS and Tait to research this employer and the industry as a whole.  As part of the alternative sentencing process, Tait examined historical compliance/injury trends for both the industry and the employer. The aggregate industry was identified as requiring further attention and was part of an OHS-focused industry initiative.

As Tait researched, it became apparent there were several safety-related associations involved in the aggregate industry but only one that consisted primarily of gravel crushing companies. These people know their industry.  They work in it every day. This incident could result in a meaningful sentence where the lessons could be communicated through the association and could reach many gravel crushing operations to improve workplace safety and awareness. There was a need to bring these experts to the table to share the best of the best and give back to the industry, which needed a specific safety foundation and a solid place to start.

The company was convicted and the conditions of corporate probation were designed specifically to address the contributing factors and the needs of the industry. It was identified that many employers in this industry required some focused safety awareness, so the conditions included that employer contribute to the Alberta Sand and Gravel Association (ASGA) to build a safety toolkit that would be made available to their members for free. Ken Santo, the ASGA Safety Committee chair, was especially passionate about the safety toolkit and the opportunity to provide safe work practices to the industry and templates for smaller operations that may not have the means to develop programs from scratch.

OHS had a seat at the table, not to develop the tool kit, but to oversee the terms of probation and ensure the objectives were met. As the months progressed, the ASGA health and safety committee focused on and solidified the framework for this toolkit. The best procedures were put forward, the proven ones, the ones that worked for those in the industry, the ones that were successfully implemented and enforced. The safeguarding issues were also tackled and identified as an industry wide challenge. The ASGA safety committee recognized that improving the safety awareness overall was going to benefit the industry as a whole.  Although an employer’s safety program is a competitive advantage, it’s not the written words that matter; translating the program from the written word into real safe work practices and enforcing them is how to create a culture of safety and is what truly matters.

In 2016, another gravel crushing operation was convicted for the fatality involving a 15-year-old worker who became entangled in an unguarded tail pulley on a conveyor. There is no happy ending to this story.  It’s simply tragic from start to finish. What can we do? How can we serve justice?  Again, Hewitt was seeking an effective but meaningful sentence. Tait started the research and could see there were at least three associations that delivered safety training components to the sand and gravel industry. Tait saw this as an opportunity to engage all three to put their resources together in efforts to prevent anything like this happening again. There was a key nexus that needed to be made to the fact there was the young worker involved in this incident. Safety in Schools Foundation of Canada (SIS) became involved in the process and proposed to join in to develop high school safety training using the circumstances of the incident called, “Tragedy in the Quarry.”

The Alberta Construction Safety Association (ACSA), in collaboration with Alberta Roadbuilders and Heavy Construction Association (ARHCA), ASGA, and Safety In Schools proposed to develop and deliver best practices, a youth safety campaign and safety training specific to the sand and gravel industry. This was submitted to the courts along with an additional recommendation to place the corporation on probation for two years. Some of the probation conditions included mandatory training, safety audits, and making a public acknowledgement about the incident.  Together, as a joint submission, Hewitt along with defense counsel proposed the alternative sentence to the court. Judge Grieve accepted the joint submission noting “this is going to be a legacy for Christopher Lawrence”, the young man who lost his life.

In January 2018, the corporate representative gave a public acknowledgment speech at the ASGA annual meeting. The tragic story was shared. Stepping out from the cloud of shame came a very powerful moment for this employer. There are many employers out there who simply don’t know how to move forward. Sharing the story with peers was not easy; the anxiety of facing a crowd and sharing one of the darkest experiences was a painful release. Out of this darkness the core message was: this is what happened, this is how it happened, it’s the worst thing that can happen, this is how not to have it happen to you.

As a regulator, Tait has given many presentations, but none have ever had the impact like these public acknowledgments do.

These stories are as real as the tears that are shed while sharing them. These stories are meant to increase awareness by sharing the emotion and the hard lessons learned to initiate a change in behaviour and attitude towards safety. This is not about not doing the same thing over and over again, it’s about increasing the awareness to change how things are done to achieve a better outcome.

Lianne Lefsrud, assistant professor at the U of A Faculty of Engineering, is putting the scientific research behind this kind of sentencing: How it works and why it works.

The aggregate industry has had its share of incidents. There is an opportunity to change and recognize the hazards of this work and learn from past mistakes. It’s time to move forward, embrace the future, learn and improve. Through OHS creative sentencing, the light has been cast onto the path forward. It has provided an opportunity to step out of the darkness of tragedy, share, learn and increase the awareness throughout the industry. A special thanks to Karen Hewitt for having the vision to make the world a safer place, one aggregate at a time.

Adele Tait is an investigation specialist within the OHS & Mining Unit of Alberta Labour.