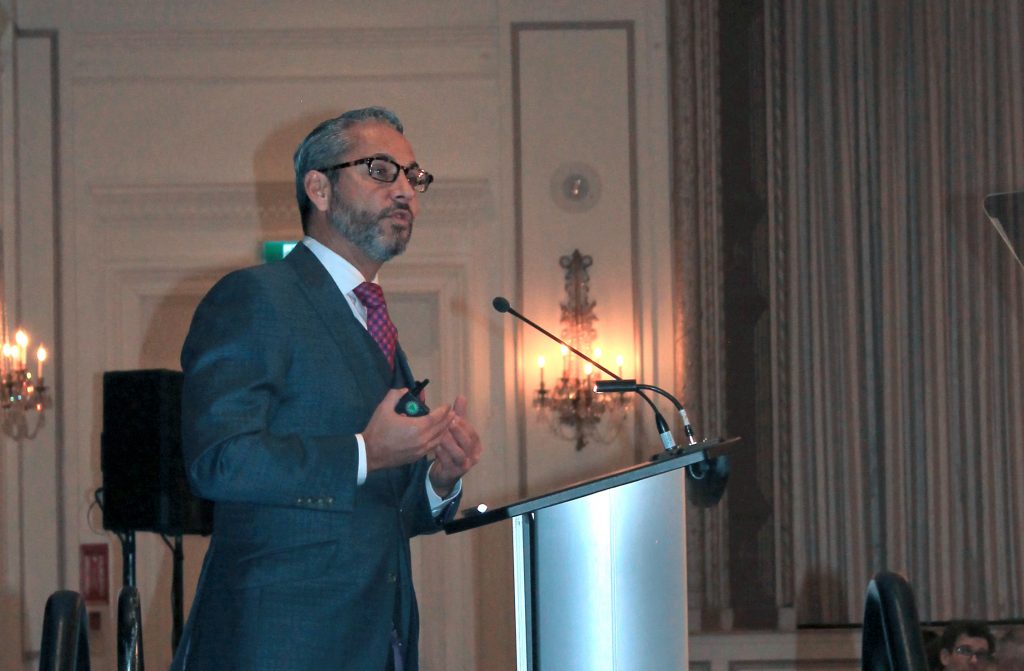 JP Gladu asked that to a room full of business owners and managers at the Ontario Road Builders’ Association Convention and AGM (ORBA), encouraging them to create workplaces where Indigenous communities can manage wealth, rather than poverty.

ORBA’s convention took place at the Fairmont Royal York Hotel in Toronto Feb. 2 to 4, on the territory of the Mississaugas of the Credit First Nation and the Haudenosaunee.

Gladu, president and CEO of the Canadian Council for Aboriginal Business (CCAB), said there are several opportunities and challenges toward building a modern economy with Canada’s Indigenous entrepreneurs.

“Whether you like this government or not, this government has made Indigenous relationship a top priority, and you can see it in its current policies and what they’ve been doing,” he says. “You see it in anything that’s going on in infrastructure in this country.” 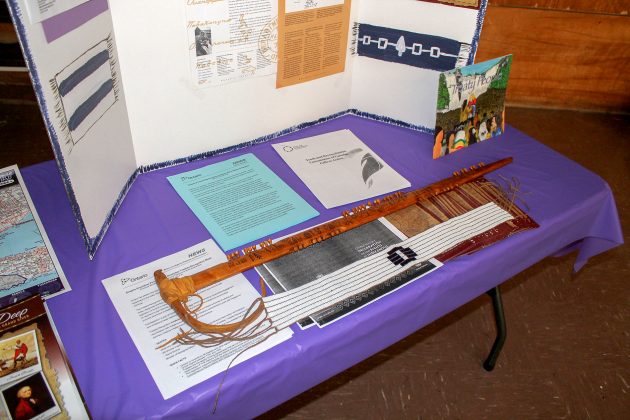 Originally a confederacy of five nations inhabiting the northern part of New York state, the Haudenosaunee consisted of the Seneca, Cayuga, Oneida, Onondaga and Mohawk. When the Tuscarora joined the confederacy early in the 18th century, it became known as the Six Nations. Jay Koblun/2017

Gladu mentioned the Truth and Reconciliation Commission and its 94 Calls to Action, which released in 2015, encouraging anyone who has not read it yet to at least read some top key points.

The purpose of the commission, organized by the parties of the Indian Residential Schools Settlement Agreement, was to create a historical account of the residential schools, help people to heal, and encourage reconciliation between Indigenous and non-Indigenous Canadians. 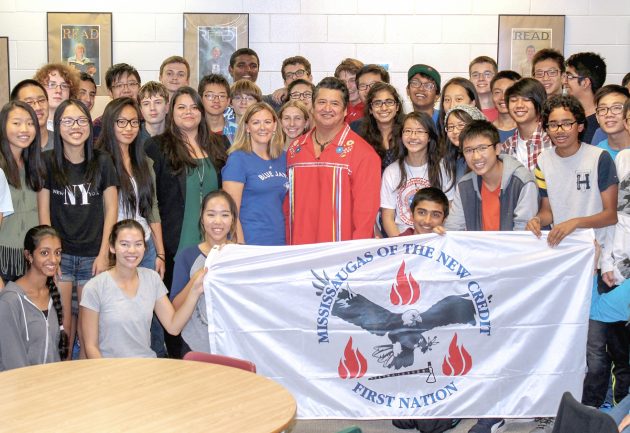 JP Gladu began his talk at the ORBA Convention and AGM on Feb. 3 by acknowledging the conference was held on Mississaugas of the Credit First Nation and Haudenosaunee territory. Photo: New Credit Chief R. Stacey LaForme with students and teachers at Woodland Secondary School in Mississauga, Ont. Jay Koblun/2016

“There’s something in there for everyone to engage with an Indigenous person or community to advance our relationship,” he says.

CCAB focuses on economic reconciliation and what that looks like.

“Our people have been managing poverty for over 150 years, and I can tell you, that that is no fun. So, we’re here to create a space as an organization between Indigenous and non-Indigenous organizations to help our country, as well as really honing in on the Indigenous community to create a place where we’re actually managing wealth,” says Gladu.

Gladu is Anishinaabe from Thunder Bay, Ont., and the grandson of two residential school survivors. One of his grandfathers worked for TransCanada Pipelines in northern Ontario, and the other was a logger. Gladu shared this part of his story to emphasize that his grandparents working encouraged his parents to work, which broke the cycle of dependency.

“I was the very first person in my family history to go beyond high school, get a college diploma,” he says. Gladu has over two decades of experience in the natural resource sector. His career path includes work with Indigenous communities and organizations, environmental non-government organizations, industry and governments from across Canada. “So, you can start to see there are so many incredible Indigenous leaders across this country, that are doing incredible work—there is this wave coming.” 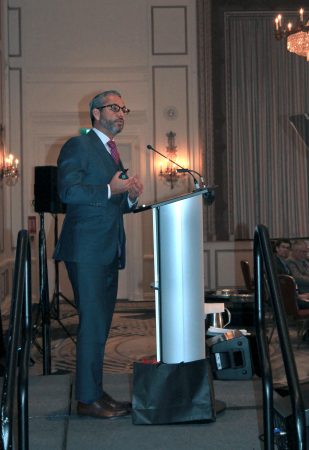 Gladu said for him, that was because his parents had a job.

“Imagine if we start to unleash the capacity of our country with more Indigenous people in employment.” Gladu says there in a storyline of an Indigenous economy emerging in Canada.

The Indigenous economy contributes $31 billion to Canada’s GDP, according to CCAB’s research. Indigenous entrepreneurs make up $12 billion of that total. Gladu said it is estimated there are over 50,000 aboriginal businesses looking for business opportunities.

Gladu used Aecon Group as an example. Aecon is a Canadian construction company providing services to private and public sector clients across its three core segments of Infrastructure, Industrial, and Concessions. Aecon partners with Six Nations, a territory near Brantford, Ont.

“They do road construction; they’re working on the Ontario 401; they’ve done solar installations and all sorts of construction jobs,” says Gladu. “Aecon recognizes what is to come and they’ve positioned themselves in a place where they can benefit from one another.”

Gladu concluded his session by calling all non-Indigenous leaders in the room to engage and work with Indigenous communities and future employees, adding that he hopes listeners recognize there is a plethora of opportunities for companies to engage people like him and Indigenous businesses.