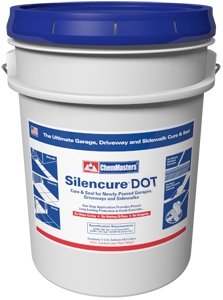 ChemMasters, Inc. is a 60 year-old manufacturer of specialty concrete chemicals used to improve, repair and protect concrete and masonry. The company is the acknowledged leader in the formulation and manufacturing of low-VOC solvent-based products for use in the states that require them. A state-of-the-art research and development facility is operated by ChemMasters to advance the science of concrete improvement.
www.chemmasters.net.