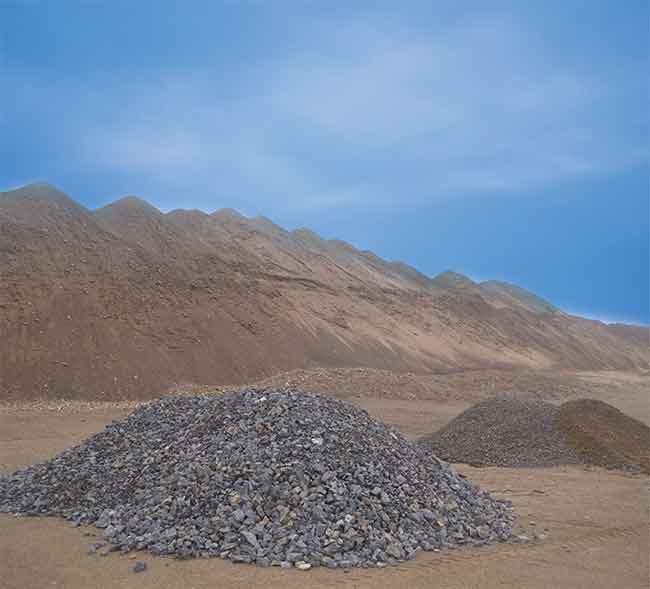 September 22, 2016 – Changes are coming to Ontario’s Aggregate Resources Act (ARA), and this has left some members of Ontario’s aggregates industry with some serious concerns. The changes outlined in Ontario’s Ministry of Natural Resources and Forestry’s (MNRF) A Blueprint for Change: A proposal to modernize and strengthen Aggregate Resources Act policy framework, while positive, are missing key components according to the Ontario Stone, Sand & Gravel Association (OSSGA).

New legislation is expected to be tabled in the fall of 2016, with regulations and policies to be reviewed in 2017 and 2018.

How it all started
The provincial government in Ontario announced it was going to review the Aggregate Resources Act in 2011. In 2012, the Standing Committee on General Government held hearings on the ARA review and released a report in October 2013 that included 38 recommendations for changes to the ARA. The provincial government responded in February 2014, offering general support of the Standing Committee’s recommendations. Additional focus group consultation took place in the fall of 2014. On Oct. 21, 2015, Ontario’s Ministry of Natural Resources and Forestry (MNRF) released A Blueprint for Change, outlining the government’s proposal to modernize and strengthen ARA policy framework.

Although OSSGA’s board of directors has endorsed A Blueprint for Change, the association is frustrated that despite extensive consultation, several key concerns continue to be left unanswered.

Licence fees
One of the main concerns that OSSGA has with the proposed changes is that the MNRF’s Blueprint does not include specific proposals for a revised fee structure.  Without an adequate funding model to pay for the added program components and responsibilities in A Blueprint for Change, it is unclear how an already busy ministry will be able to affect and enforce the changes outlined in the document. OSSGA believes that one answer is an increase in the aggregate levy.

“The industry supports an increase in the levy, provided the funds generated are actually used for the purposes that we have put forward in our submission,” explains Norm Cheesman, executive director for OSSGA. “For example, OSSGA has recommended that the funds be segregated, through a Designated Administrative Authority (DAA). Part of the duties of a DAA could be to ensure that the monies that go to municipalities are used for infrastructure and for increased rehabilitation of old sites. Increased monies would also need to be directed to the Ministry of Natural Resources and Forestry to ensure enhanced enforcement of the ARA. These are things that would serve Ontarians well by helping to increase public trust in the industry.”

OSSGA stated in a letter to the MNRF that the issue of fees is of fundamental importance to the proposed changes to the ARA, since an adequate funding model is required to pay for the additional program components and responsibilities outlined in A Blueprint for Change.

OSSGA and the Top Aggregate Producing Municipalities of Ontario (TAPMO) formed a committee that consulted with the MNRF regarding increased fees, and stated that the increased fees are supported as long as the following seven principles are met:

Existing licences
Another concern the industry has over the proposed changes to the ARA is related to new studies being required for existing licences to reassess land compatibility concerns. OSSGA stated to the MNRF that it strongly opposes this particular change, since there are already adequate and appropriate safeguards in place and tools available to properly manage sites with older approvals.

“When an existing approval is in place, our members have a licence to operate. They have met the requirements for licensing,” Cheesman says. “Introducing the potential for new studies and reports, after the licence has been approved creates uncertainty.”

A licence is issued to govern the resource until it is depleted and rehabilitation has occurred. OSSGA believes there are adequate and appropriate safeguards in place and tools available to properly manage sites with older approvals, including that environmental permits (Environmental Compliance Approvals and Permits To Take Water) have to be kept current; endangered species are protected, regardless of the status of the licence; and the Environmental Bill of Rights (EBR) provides a process for requests to review. The MNRF has the authority to amend site plans (through a process that provides a degree of protection for licencees).

An existing ARA licence is not a licence to pollute or cause adverse effects on neighbours, OSSGA stated. In fact, both are prohibited under the Environmental Protection Act and other legislation. As a result, aggregate producers are compelled to adopt best practices mitigation regardless of the age of the licence.

The ARA legislation works hand in hand with planning policy to manage, regulate and make sure aggregate resources are available.

Maximum tonnage
Another concern put forth by OSSGA is related to the addition of recycled and blending materials to maximum tonnage limits.

“We can’t speak to why the MNRF has added recycled and blending materials to the tonnage limits. We do believe, however, that this is one of the proposals in A Blueprint for Change that should be revisited because this may act as a deterrent to recycling – which would be a contradiction to the government’s own policies to increase the amount of recycled material in the environment,” Cheesman says.

Streamlining
Streamlining the application processes for new sites to improve efficiencies is another concern OSSGA stated has been left out of the recommended changes to the ARA.

By not streamlining the application process, there is the potential for lost opportunities and added costs for all parties.

“Any kind of delay and duplication adds to the cost of doing business, and this will ultimately impact the cost of aggregate to our customers and to the taxpayers of Ontario,” Cheesman says.

The association has stated that it would be willing to work alongside the MNRF to help improve the streamlining processes and offered the following areas for the development of ideas for improving the application process:

Collaboration is key
Moving forward, OSSGA has stated that it is committed to continuing its consultations with the MNRF related to changes to the ARA to find the best solutions for Ontario’s aggregate industry:

It goes without saying that OSSGA members have an enormous stake in the outcome of the ARA Review. That is why we are so interested in taking significant steps forward on the issues that matter most to all stakeholders and why we are calling for action on licence fees, streamlining and recycling… OSSGA looks forward to being a part of the continuing dialogue. OSSGA is committed to working with the MNRF as we move through revisions to the legislation, regulations and policy framework.

To download a copy of A Blueprint for Change or to read OSSGA’s latest letter to the MNRF, visit www.ossga.com/aggregate_resources_act.