An Edmonton manufacturer will be the first cement facility in North America to examine the feasibility of carbon capture and storage (CCS) technology to reduce emissions. 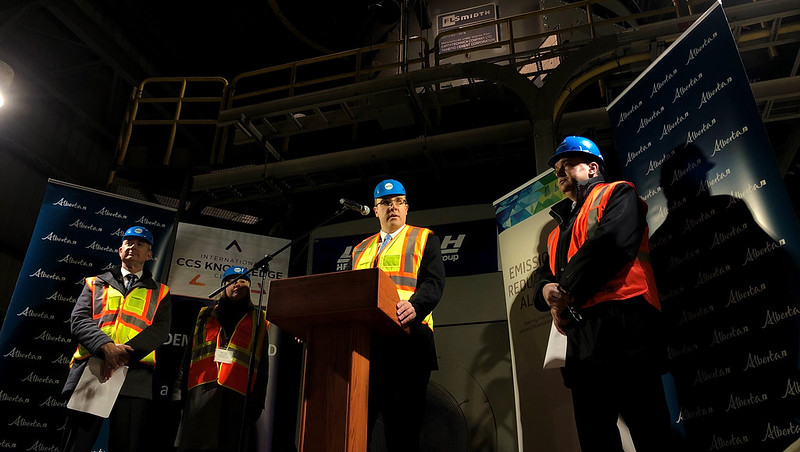 Dec. 3, 2019 – The Government of Alberta is making $1.4 million in funding available through Emissions Reduction Alberta to support the $3-million feasibility study, which will look at capturing and storing emissions from Lehigh Cement’s Edmonton plant.

If the project goes forward, Lehigh could avoid up to 90 per cent of its current emissions per year and create about 20 full-time jobs.

“Once again, Alberta is ahead of the pack. Exploring CCS to reduce emissions in the cement industry is a prime example of the innovative, game-changing technology our TIER system will support. It also shows the bold leadership and entrepreneurial spirit of our industries, that continue to set an example by seeking out unique solutions and untapped technologies that can lower emissions at home and around the world,” said Jason Nixon, minister of environment and parks.

Alberta is a leader in CCS development, having taken considerable steps with commercial-scale funding, regulatory enhancements and knowledge sharing over the past decade. The Alberta-based Quest project, for example, is the first application of CCS in the world at an oilsands upgrader. The facility has captured and safely injected more than four million tonnes of emissions since 2015. The project was supported by a $1.24-billion commitment to two commercial-scale CCS projects under the Stelmach government.

“Reducing emissions in energy-intensive industries like cement requires going beyond incremental improvement to accelerating the development and market introduction of new and emerging low-carbon technologies. Emissions Reduction Alberta’s funding allows industry to learn by doing projects of the right scale, scope and effectiveness. This work will help advance the actions Alberta and the world need to meet their economic and environmental ambitions,” said Steve MacDonald, CEO, emissions reduction Alberta.

“We are part of HeidelbergCement Group’s vision of CO2 neutral concrete by 2050 and the potential of concrete to become the most sustainable building material. The Lehigh CCS study is a leading initiative for carbon capture in cement and demonstrates HeidelbergCement’s commitment to lead global change for CCS in our industry.”

President of Lehigh Hanson Canada Region Joerg Nixdorf said “We are part of HeidelbergCement Group’s vision of CO2 neutral concrete by 2050 and the potential of concrete to become the most sustainable building material. The Lehigh CCS study is a leading initiative for carbon capture in cement and demonstrates HeidelbergCement’s commitment to lead global change for CCS in our industry.”

The International CCS Knowledge Centre will also bring its expertise to Lehigh’s feasibility study. Experts from the centre were involved in designing and building SaskPower’s Boundary Dam 3 Carbon Capture Facility – the world’s first and only commercial power plant to integrate CCS technology.

“CCS is a proven and effective emission-reduction technology, so it is exciting to be part of a large-scale CCS initiative that builds on learnings from the world’s first renowned Boundary Dam 3 CCS Facility. With this study and global leaders like Lehigh, the application of CCS moves its value beyond coal into cement,” said Beth Hardy, vice-president, International CCS Knowledge Centre.