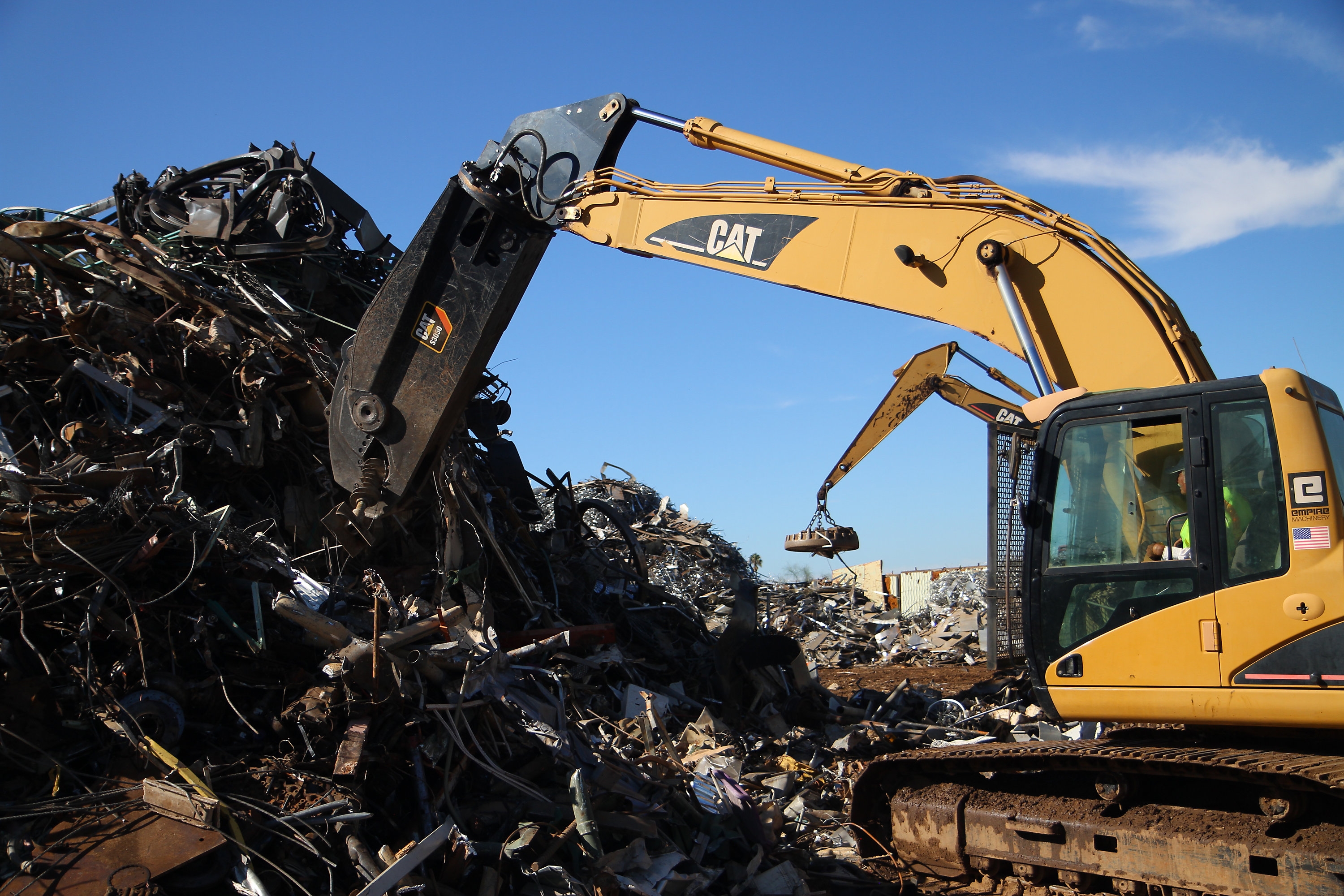 Designed with added structural strength and with advanced jaw-protection features, the new shears can be boom- or stick-mounted and are available in both straight and 360-degree-rotating configurations. The rotating feature allows the shear to be positioned in optimum cutting positions without moving the carrier.

Efficient cutting, rugged design
To ensure cutting efficiency, the guide and cross-blade design of the new models assist in maintaining an optimal cutting edge, and the jaw-relief feature reduces material drag across the blades, allowing material to fall away freely so as not to hinder the next cutting cycle. Further enhancing the new shears’ efficiency is the speed valve, designed to provide ample power when cutting, as well as increased speed when opening the jaws for the next cycle.

Tapered spacer plates reduce the drag of material being cut, a design feature that both reduces the amount of energy required from the shear and speeds cutting. The apex-jaw design further assists in ensuring that material is held in an optimum position within the shear. In addition, the solid-plate design of the upper jaw (compared with a series of plates) is much less vulnerable to cracking. A bolt-on piercing tip also affords added efficiency and protection at the precise point at which cutting pressures can be most intense.

Designed for reliability and long-term durability, the new shears also feature a fully enclosed cylinder rod to prevent damage caused by material being processed. This protection also extends to the shear’s hydraulic lines and hoses. Pivot points within shear are designed with premium materials for long service life, and grease points are safely accessible from ground level. Knife maintenance, wear-plate replacement, and tip build-up can be addressed quickly and easily.

The new shear models, designed for Cat excavators with operating weights from 11 tons to 85 tons plus, also fit competitive machines of similar weights. Caterpillar supports Cat work tools with a comprehensive range of pre- and after-sales services, including selection advice, operator training, equipment management, and a range of financial and insurance products.