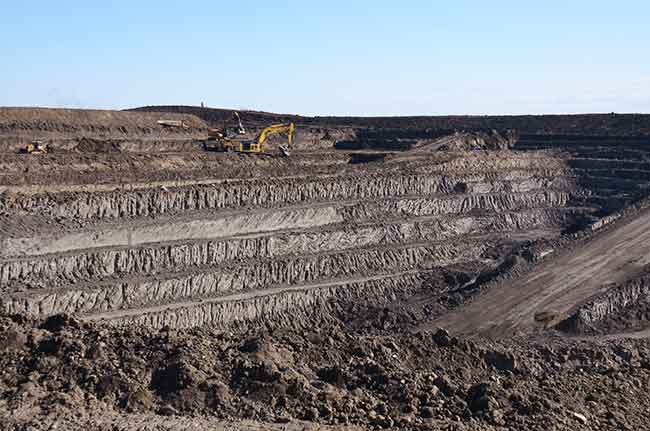 July 7, 2016- In recent years, major urban areas like Edmonton, Calgary and Montreal have seen heavy investment in new and upgraded transportation routes that help people and goods get into their cities, but also assist traffic in getting around it.

This year marks the first full year of construction of the new Regina Bypass, which will provide a new route around Saskatchewan’s capital.

The Government of Saskatchewan’s total investment in the project is $1.88 billion. Of that total, $1.2 billion is for construction, while the remainder is for the Bypass’ operation and maintenance for 30 years.

Once fully open to motorists, this new transportation infrastructure will reduce traffic congestion in the Queen City, improve safety for the region’s commuters, and better support this land-locked western province’s export-based economy.

Regional growth
The new Bypass idea was first discussed in the 1990s, as growth in Regina and its outlying area was causing increased congestion on Trans-Canada Highway 1 and, subsequently, on the secondary highways through the region.

According to the Saskatchewan Ministry of Highways and Infrastructure, numerous studies were commissioned and 24 separate public consultation events were held in an attempt to determine the best route for the new roadway. Those studies looked at key factors that would be affected by a new route, and would affect the cost of a new route, such as plans for municipal growth, the movement of commercial goods, the locations of utilities, and existing land uses.

After the studies were conducted, factors were considered and stakeholders were consulted, the route was finalized. The route, officially released in April of 2014, will begin on Highway 11 northwest of Regina, with a twinned highway running south to Highway 1. The Bypass then wraps around south of the city approximately 5 km south of Highway 1. It will then be routed 400 metres east of Tower Road to link back up with Highway 1 on the east side of Regina.

The Bypass provides safer access for surrounding communities, with the inclusion of new Highway 1 overpasses for Pilot Butte, Balgonie, and White City. Each of those communities, including the Rural Municipalities of both Sherwood and Edenwold, were directly engaged throughout the process.

The new Bypass will also provide improved access to key commercial points in the greater Regina area, including the University of Regina and Regina International Airport.

Finding the contractor
With the plan for the route released in 2014, the Government of Saskatchewan moved forward with the request for qualifications (RFQ) process for finding a partnership or consortium to take on the build – the largest transportation infrastructure project in the province’s history.

The initial RFQ resulted in five groups confirming their interest in being considered for the Bypass project. After careful evaluation, three proponents were selected to respond to a request for proposals.

On May 29, 2015, the Government of Saskatchewan announced that Regina Bypass Partners (originally known as SaskLink Global Transportation Partners) was selected as the winning bidder for the project. The partnership is lead by four companies: Graham, Parsons Canada, Carmacks Enterprises and Vinci Canada. According to the Saskatchewan Ministry of Highways and Infrastructure, the Regina Bypass Partners “… submitted a compliant bid at the lowest cost that includes innovations in design that helped contribute to value for money for the public.”

The project is being built with a P3 model, which a report provided by Ernst & Young estimates will provide Saskatchewan with a savings of up to $380 million over the length of the partnership.

With a P3, the team building the Bypass must also maintain it in “like new” condition for 30 years, which encourages the use of high-quality materials and long-term thinking in design to reduce costs into the future.

Construction underway
Within a few short months of Regina Bypass Partners being officially named as the contractor, work began on multiple sites throughout the length of the Bypass.

From the Ministry: “Construction began in 2015 with site preparation and then geared up with 24-hour-a-day work beginning in early 2016 to move earth materials for the embankments and piling work for an overpass at Trans-Canada Highway 1 and Tower Road on Regina’s eastern city limits.”

The focal point for the work in 2016 surrounds the network of interchanges being built throughout the eastern portion the Bypass project.

“Throughout 2016, construction will focus on such work as the overpasses at: Highway 46 near Balgonie; Highway 48 at White City; near Tower Road on Regina’s eastern edge; and at Highway 33 near Regina’s southeastern border along with services roads. Work in 2016 is also expected to include reconstruction of the existing pavement structure on existing lanes of Trans-Canada Highway 1 between Regina’s eastern edge to Balgonie and earthworks and bridge construction on all areas of the project.”

Work on the overpasses along the eastern and southeastern portions of the Bypass are expected to be completed by the end of 2017. More than 20 local companies are involved with the current phase of construction in some capacity.

Significant work is now happening throughout the entire project route, including to the west, where an additional eight interchanges will be built. At the same time, work will be done to twin approximately 5 km of Highway 6 south of Regina. Both of the components are scheduled for completion at the end of 2019.

“As construction ramps up on overpasses and the reconstruction of the pavement on existing lanes, various portions of this stretch of Highway 1 may need to be closed temporarily to accommodate this work. As well, numerous utility moves have to occur, which will also impact motorists.”

In some circumstances, those vehicles can be moved north to Highway 46 before re-accessing the route via the Ring Road. However, there are no suitable options for diverting traffic to the south. More than 25,000 vehicles currently use Highway 1 east of Regina, making it one of Saskatchewan’s busiest sections of provincial highway.

The province has suggested that it will take a combination of strong traffic accommodation plans, in concert with effective communication to affected stakeholders, which will make the traffic disturbances more manageable.

Building for the future
The completion of the Regina Bypass will provide access to growing neighbouring communities, especially to the east, while also providing stronger road access to growth areas in Regina, much like the original Ring Road did decades before. The Bypass will also significantly improve commercial traffic through the region, allowing inter-provincial traffic to easier traverse the Saskatchewan capital.

The entire Regina Bypass project is scheduled for completion by the end of 2019. For additional information about the project, visit: http://www.highways.gov.sk.ca/Regina_bypass.