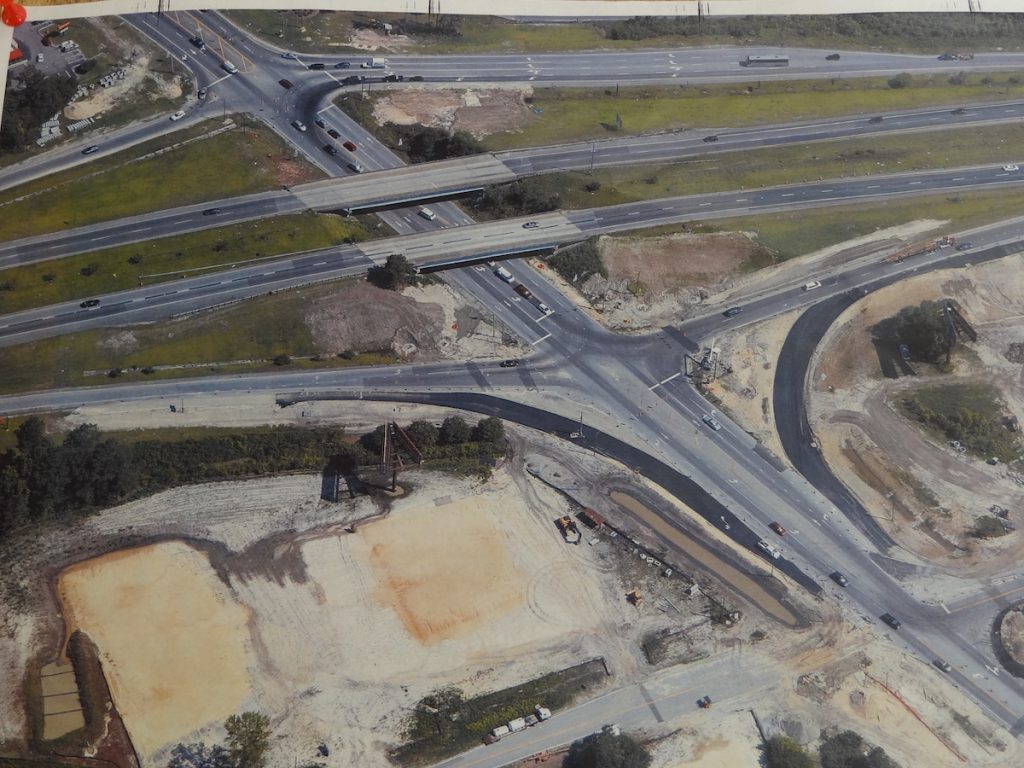 Febraury 9, 2017 – Repairing and building new roads and bridges can present challenges to experienced contractors in the best of times. But when that work has to be performed on and around busy highways things can get far more complicated. A great deal of planning is needed to ensure things runs smoothly and safely. One contractor that knows the value of good planning is the S.T. Wooten Corporation.

A few years ago the company was contracted to build the State of North Carolina’s second diverging diamond interchange, part of its Highway 74-76 project in Wilmington, N.C., designed to alleviate heavy congestion on a busy one-mile stretch of road near the Brunswick River crossing. The project also included the construction of three new bridges and the reconstruction of an existing bridge.

The biggest challenge S.T. Wooten encountered over the course of the project was managing the vast amount of traffic in the area that brings people to and from an extremely popular attraction for tourists and local residents. The road is basically the only way into Wilmington from Myrtle Beach and it’s the only road that can be used to access some of the major beaches in the area. It connects Wilmington to everything west of the Cape Fear River.

“It’s just a tremendous amount of traffic,” says Ronald Brock, one of S.T. Wooten’s project managers on the Highway 74-76 project.

The Department of Transportation (DOT) required S.T. Wooten to maintain two lanes of travel during daytime construction, adding to the challenge of getting the project completed on time and on budget.

Dealing with diamonds
When building the diverging diamond interchange (DDI), S.T. Wooten had no choice but to build under heavy traffic conditions for the majority of the project, with a couple of exceptions.

“They let us close [the road] one weekend to do the paving and another weekend to do the paint striping on it,” Brock says. “That was pretty tedious, trying to build a diverging diamond interchange with traffic through it. And you’re asking people to drive on the opposite side of the road in these diamond diversions while trying to build it. That’s pretty hectic, too.”

This was the first DDI that Brock had ever built, so it presented a bit of a learning curve.

“You’re bringing traffic in and you’re switching them to the opposite side of the road and then switch back over… that was a little challenging for me,” he says, adding that he spent a lot of time in the daytime with his paving and traffic managers planning the optimal ways to keep everyone safe on the project while minimizing the project’s impact on the traffic and keeping on time and on budget. “We spent a long time out there planning the work we were going to do at night time.”

The nighttime was the only opportunity S.T. Wooten had to shut the road down to one lane of traffic each way. The grading, stonework and paving were all performed at night.

“We put down all the stone at night – to widen the lane, this road had eight inches of stone and nine inches of asphalt on it,” Brock says, adding that working at night always has its challenges. “You can put up all the lights you want but it’s still not like natural sunlight and its tough on the guys. We’re still asking them to do a daytime job with nighttime work.”

In addition to the road crews working through the night, the company’s quarries and asphalt plants also needed to stay open, adding to the potential challenges.

The night crew typically consisted of five employees doing the grading, between 10 and 15 on the paving crew and five to eight people on the bridge crew.

“It was kind of a round-the clock deal,” Brock says. “We promised the DOT we wouldn’t interfere with daytime traffic, and that’s what we did.”

Building bridges
Another challenge S.T. Wooten had over the course of the project was the construction of three new bridges and the reconstruction of an existing bridge.

“Two of them were across Alligator Creek and one of them was across the Brunswick River Bridge. We had moratoriums on those, which specified the times we could work in the water,” Brock explains.

The company was only allowed to do water work from October to December due to a moratorium put in place to protect animals travelling in the waterways – some species could be sensitive to the vibration created during certain stages of the construction process. The species in the waterways included manatees as well as several types of fish.

The changing water levels where the bridges needed to be built also presented challenges for S.T. Wooten.

“When the tide was low and there wasn’t any water in the area you could work, but when the tide came back up you had to quit,” Brock says. “But our guys were really good as far as scheduling and getting things done between October, November and December – like driving the piles for all the bridges. We made sure all that was done during those three months; and then after that you could do anything you wanted to, as long as you weren’t vibrating in the water.

Brock says most of the equipment used was typical for any road and bridge construction project with the exception of some of the bridgework over the Brunswick River; which had to be performed on barges. S.T. Wooten sub-contracted that portion of the bridgework out to the Carolina Bridge Company.

Scaly surprise
Another challenge – and potential safety issue – during the project was the presence of alligators. Some of the creatures were nesting near the bridge and were spotted regularly by S.T. Wooten’s bridge crew. One was even found by an employee laying under one of the motor graders.

“We were able to run him back off into the swamp,” Brock recalls. “We don’t really have to deal with them much… when you go to work and they’re all around you, then that’s a little bit different.”

Keeping people happy
Trying to keep the public happy was another factor that S.T. Wooten had to manage over the course of the project. The company met with all the surrounding townships that would be affected by the project and tried to reassure them that they would do their best to minimize the impact of the construction on traffic congestion.

“We had town hall meetings with them, promised the people we wouldn’t inconvenience them anymore than we had to,” Brock says, adding that traffic congestion during the daytime in that area can be challenging without ongoing roadwork. “It backs up in the daytime without anyone working… and, of course, when people ride by and see us working they want to look, so they slow down and it has a tendency to back up a little bit more. But we did promise them that we would never make them have less than two lanes of traffic in both directions at any time during the day.”

For future projects, Brock asks that commuters try and be patient with construction crews that are working hard to alleviate congestion by rehabilitating and building new road and bridge infrastructure.

“Nobody likes change other than a wet baby,” he says. “People don’t want change, but once it’s done it’s really appreciated… now since it’s been open, people are just tickled to death with it. When they see you, they thank you for it.”

Intersection before construction of DDI