Features
Bringing the country together 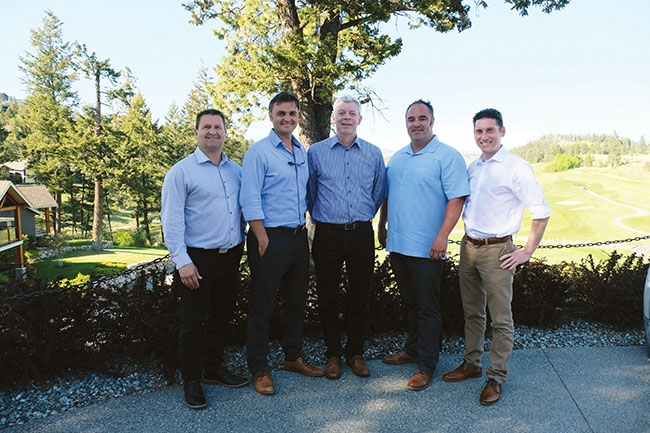 Following a similar idea and format to GAIN, the three associations provided a brief overview of their respective organizations with open discussions and sharing of ideas on how each province is approaching various topics in the industry across the country. The meeting was an immediate success and the idea to form a national aggregates association was welcomed and immediately supported by the three provinces present.

Although B.C., Alberta and Ontario represent more than half of the estimated 400 million tonnes of annual aggregates production in Canada, to form a national association, it only seemed natural to find representation of aggregate producers in other parts of the country. The next couple of months involved an outreach campaign to aggregates interest groups within the other provinces for their support and future involvement. Despite not having their own formal associations dedicated to the aggregates industry, it was discovered that all the other provinces had subcommittees and/or task groups that undertook aggregates topics and issues within their heavy civil, construction or roadbuilders associations.

As of today, we have now established key contacts and participation in the Aggregate Producers Association of Canada (APAC) from nine of the country’s 10 provinces (with the exception of Prince Edward Island where the vast majority of aggregates are imported). With a simple primary objective of creating a national dialogue on aggregates and sharing of best practices between provinces, it was relatively easy to gain initial interest and support.

Due to geographic and financial limitations, correspondence has been restricted to conference calls and emails, however a face-to-face meeting is scheduled to take place in February 2020 in Niagara Falls, Ontario, hosted by the OSSGA. This will be the first ever meeting where aggregate interest groups from all provinces across the country will be invited to get together for an open exchange on aggregates topics, and will also represent APAC’s first official meeting. The meeting will also give representatives from other provinces an opportunity to sit in on the OSSGA’s annual general meeting, also held in Niagara Falls at this time, to observe and learn how Ontario is addressing various topics in the industry.

Although still very much in the development phase, APAC has made significant progress since the idea began in May, and it is quickly gaining momentum. Over the course of the next few months, APAC will be focusing on establishing a logo and creating a website, as well as finalizing the association’s mission and objectives.